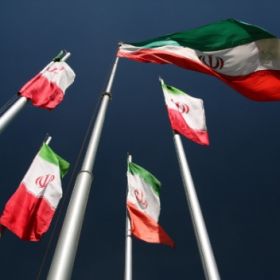 This week’s announcement that the nuclear deal reached with Iran in late November is going to be implemented starting January 20 is welcome news on a number of fronts.

It marks the first time in a decade that Iran will pause its progress toward a nuclear weapons capability. In return for modest sanctions relief, the Islamic Republic has promised to limit uranium enrichment to levels far below weapons grade, neutralize a stockpile of 20 percent uranium and suspend key work on a heavy water reactor that could yield plutonium, another potential bomb fuel. All of this will be monitored by the International Atomic Energy Agency under new – and for Iran – unprecedented powers of inspection.

Beyond these substantive achievements, implementation should pause efforts by hardliners in the United States and Iran to jeopardize a more comprehensive accord by legislating deal-killing conditions.

A Senate bill that has been steadily amassing co-sponsors since Congress returned from its Christmas-New Year’s break now looks unlikely to be voted on anytime soon. The bill, co-sponsored by Sens. Mark Kirk (R-Ill) and Robert Menendez (D-NJ), may have provided useful leverage to the Barack Obama administration and its negotiating partners by threatening Iran with even more draconian economic sanctions if it did not implement the Nov. 24 interim agreement. Actual passage, however, could force Iran to walk away from the negotiating table and escalate its nuclear program as well as forestalling the potential for cooperation on other, pressing regional matters.

While the U.S. Congress has far more autonomy than the Iranian parliament has under Iran’s theocracy, the conservative-dominated Tehran body responded to the Kirk-Menendez bill by preparing legislation requiring the Iranian atomic energy organization to enrich uranium to 60 percent. That is very close to the 90 percent required to make bombs.

President Obama has promised to veto new sanctions legislation if it comes to his desk. However, mere passage of the bill would show Iran that Obama cannot control even the Democratic-majority Senate. If Iran is going to fulfill its part of the interim accord and accept even tougher requirements under a comprehensive agreement, it must have confidence that the White House can also deliver.

The Senate bill, dubbed the “Nuclear Weapon Free Iran Act of 2013,” and a resolution sponsored by Rep. Eric Cantor (R-Va) in the House of Representatives are also dangerous because they attempt to tie the administration’s hands by moving the goalposts for agreement. The Senate bill, for example, would impose new sanctions on Iran unless the president certifies that “Iran has not conducted any tests for ballistic missiles with a range exceeding 500 kilometers” and that “Iran has not directly, or through a proxy, supported, financed, planned, or otherwise carried out an act of terrorism against the United States or United States persons or property anywhere in the world.” While it would be wonderful if Iran halted missile tests and its support for groups such as Hezbollah, such matters are beyond the purview of a nuclear agreement and would certainly be rejected by the Iranians.

The Senate legislation also requires that the U.S. seek an agreement that will “dismantle Iran’s illicit nuclear infrastructure” – in effect requiring that Iran end uranium enrichment. The Iranians suspended their enrichment program a decade ago but have made clear that they will not do so again even if they accept limitations on the level of enrichment and uranium stockpiles.

Edward Levine, a former senior Senate staffer and expert on nuclear matters, observed recently that the Senate bill “will undercut President Obama’s efforts to obtain a comprehensive solution to Iran’s nuclear activities. To the extent that it removes the diplomatic option, moreover, it will leave the United States closer to a Hobson’s choice between going to war with Iran and accepting Iran as an eventual nuclear weapons state.”

There are no guarantees that the current diplomatic process will produce a comprehensive agreement that verifiably prevents Iran from developing nuclear weapons for the long term. President Obama has said the chances of agreement are at best, 50-50. The Iranians will seek to preserve as much of their nuclear infrastructure as possible to keep their options open and to justify the billions of dollars in lost revenues and economic opportunity incurred by their nuclear quest.

If negotiations succeed, however, they will set a precedent for constructive engagement with the Iranians on other pressing issues including Syria, Iraq and Afghanistan.

Sen. Dianne Feinstein, (D-Calif.), told the Senate on Tuesday (Jan. 14) that former U.S. adversaries have shown an ability to change course. If new sanctions are passed now, “I sincerely believe that P5+1 [five permanent members of the UN Security Council plus Germany] negotiations with Iran would end and with it the best opportunity in more than 30 years to make a major change in Iranian behavior – a change that could not only open all kinds of economic opportunities for the Iranian people, but change the course of a nation,” she said.

Legislating new sanctions – even with a delayed trigger – would remove the onus from the Iranians to follow through on their nonproliferation promises, preclude other cooperation and strengthen those in the Iranian government who doubt that the U.S. can change and give up its hostility toward Iran. If this historic effort fails, it should be Iran’s fault, not because of the United States.