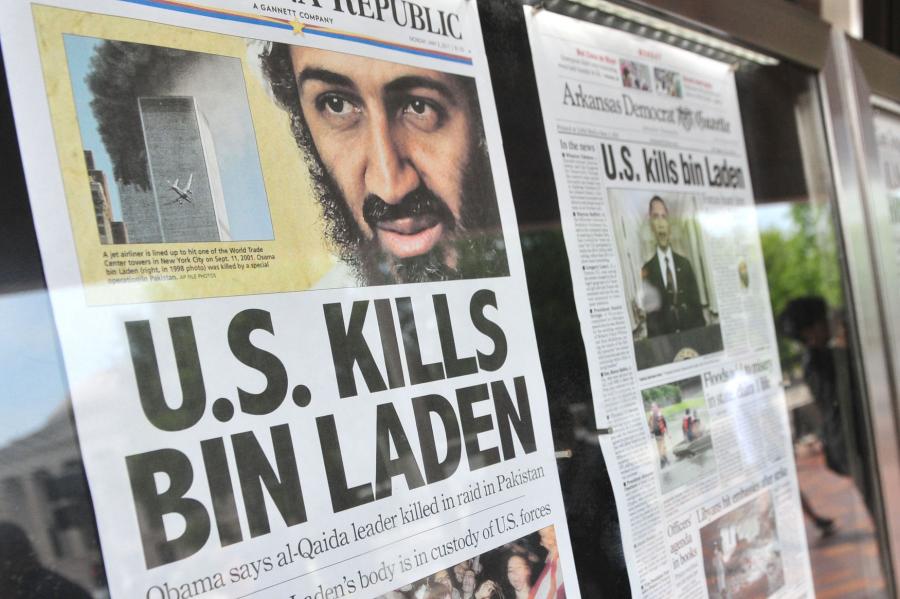 I’ve been watching with almost stunned fascination the debate that has unfolded over the past few days about the legality of killing Osama bin Laden.

In fairness, part of the problem is with how badly the White House has bungled the public information part of this job.  I give the White House and the President credit for the execution of this operation and the manner in which they have pursued bin Laden since taking office. But their behavior since Sunday night – and their public narrative on what happened then – has only added to the confusion.

I will forgive the President for getting some basic elements of the story wrong the night the attack happened, but the fact that John Brennan went before the cameras on Monday and offered a briefing that had key facts wrong and was corrected by White House press spokesmen Jay Carney the next day is not only embarrassing but it also fed the sense that the White House is not being honest. (Although at the same time credit must be given for correcting the record after the fact).

In a sense though, none of this should be terribly surprising. First reports on an incident like this, where you’re likely dealing with a host of contradictory eyewitness reports, are going to get some basic facts wrong.  It’s a bit like a game of telephone. However, the White House should have waited before putting the whole story out and considering the sensitivity of the matter they should have gotten their facts straight. Still, while this certainly seems to have been badly handled I’m having a hard time seeing it as conspiratorial.

The problem, however, is that others hold a different view. The White House’s mistakes have led to a bizarre cottage industry of claims about what did happen – and some rather exaggerated arguments about he legal ramifications. Today for example, Glenn Greenwald argues that many people, including Democrats, are indifferent about how Osama bin Laden was killed because they just view his death as an unadulterated good; legality be damned. This is what he calls the bin Laden exception. I am sympathetic to this argument because I’m sure it accurately reflects the views of many people. But it rather clearly ignores an entirely reasonable position regarding OBL’s killing – that he was a legitimate military target and everything that happened in Pakistan on Sunday night was legal and proper.

From that perspective it is important to remember that based on the 2001 Authorization of the Use of Military Force (AUMF) it is the view of the US Congress – and the President – that the US was at war with al Qaeda.

Here’s the key phrase from the AUMF:

This is a legal argument that has been consistently upheld by the US Congress, by Presidents Bush and Obama, by the Supreme Court, and by the United Nations.

Now I understand that some may not support this legal opinion, but it is vitally important to acknowledge that viewing bin Laden as a legitimate military target – and no different from any solider on a battlefield – is not only a completely reasonable argument, it is one that is firmly grounded in US and international law and is supported by a wide array of legal scholars both inside and outside of government. So this isn’t just a case of victor’s justice or revenge. It is legally appropriate to believe that the US had the right to go into this compound and kill Osama bin Laden, even if he wasn’t carrying a weapon.

There is of course an exception — as there would be an exception in any battlefield engagement – was Osama trying to surrender?  To date the only “evidence” that he was is a report passed along by an anonymous Pakistani intelligence officials (the same people who were either lying about OBL’s whereabouts in Paksitan or unaware of them) claiming that OBL’s daughter says he was held captured for 10 minutes and then killed. This hardly qualifies as evidence and I find remarkable that Greenwald, for one, considers it as legitimate a source as what is announced publicly by US officials. However, it should be noted that if this story is true it would be an illegal act and absolutely worthy of further investigation: and it would represent an extrajudicial execution.

The fact is, only if Osama was in the act of surrendering or had been captured and killed is there any real legal question here. Otherwise this is the legitimate killing of an appropriate military target. This is in fact, very similar to the killing of Admiral Yamamoto during WWII, an unarmed, but legitimate military target shot down by US bombers

Now the argument has also been made that after some initial armed resistance no other shots were fired at the Navy Seals thus suggesting that OBL wasn’t resisting. That is Monday morning quarterbacking. There is simply no way for the US troops involved in this engagement to know that resistance had ended; that they had taken fire suggested that they were being violently opposed and they every reason to fear further attack. Thus any individual in the compound would likely – and rightly – have been considered a threat.

Second, the fact that Osama didn’t have a weapon is irrelevant. A soldier can be killed on the battlefield even if they are unarmed. Osama is no different. Also the fact that soldiers allegedly saw him pop his head out and retreat deeper into his compound is, in fact, an act of resistance and again makes him a legitimate target.

There is one issue here – was Osama trying to surrender? Were his arms raised in the air; was he waving a white flag etc?  If not, the US Navy Seals in question had every legal right to kill him.

Lastly, one of the further problems with this debate is we also get into the question of second guessing decision made by soldiers on the ground, in highly stressful situations. Should the Seals have given bin Laden an opportunity to surrender? Did they misread his actions coming into his bedroom? Perhaps, but I’m not sure any of us are in a position to say otherwise or question with any veracity on the ground decision-making during a military engagement. That these troops were instructed to kill bin Laden – and only capture him if he surrendered – is not only not suspicious, it’s completely appropriate. After all, he was a legitimate military target. That the US soldiers encountered initial resistance and retreat of that target only increased the likelihood that he would be killed on the spot.

The very fact that so many of us are gleeful over the fact that this monster is dead doesn’t change any of those basic facts or obviate the legality of what happened. Osama got what he deserved; both legally and morally.