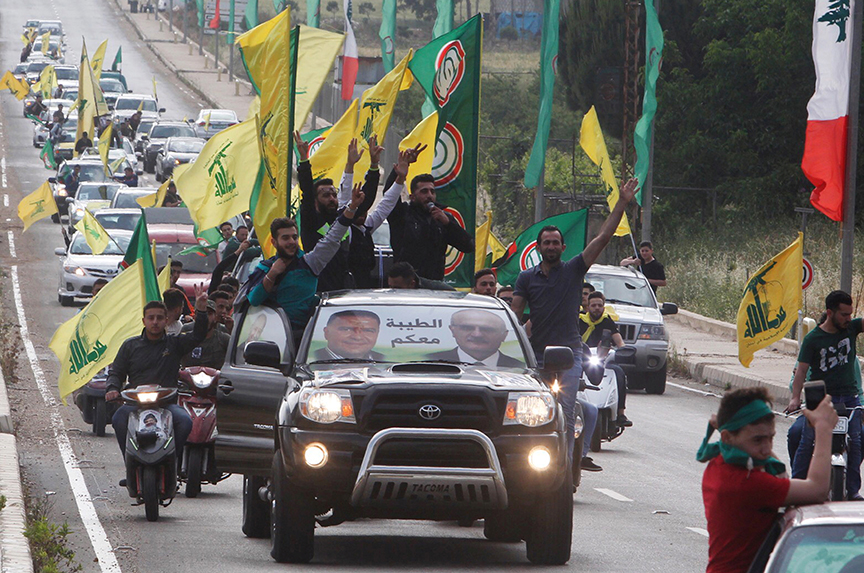 In 1989, back in the day when the Kingdom of Saudi Arabia mediated regional conflicts, the fifteen-year Lebanese civil war ended with the Taif Accord, a reference to the Saudi town where the accord was signed. That agreement changed the Christian/Muslim representation in parliament from a 6:5 ratio in favor of Christians to an equal split.  The powers of the presidency, always allotted to the Maronite Christians according to the 1943 Lebanese National Pact (NP), were watered down—the president, for example, was no longer the commander in-chief.  The leadership of the armed forces went instead to a supreme military council.

Despite these changes, the essence of the NP was reaffirmed: a system based on sectarian balance with guaranteed representation throughout the three branches of government for all religious sects, a three-way presidency with the presidency going to the Christians, the speakership of parliament going to the Shia Muslims, and the prime ministry going to the Sunnis.

It was also agreed that no major decisions affecting the identity and sovereignty of Lebanon would be decided outside of national consensus. In other words, despite all the bloodshed and destruction of the war and regional interventions by Israel and Syria, nothing really changed in Lebanon.

Lebanon’s parliamentary elections on May 6 have not changed the essence of the NP.  The internal balance of power has been jostled and shaken a bit but not basically altered.  On the surface, the March 8 bloc, including Hezbollah, Amal, and Michel Aoun’s National Trend (NT) party (NT), plus Walid Jumblatt’s Progressive Socialist Party, now have the majority of sixty-seven out of 128 seats. March 14, with the loss of twelve seats for Saad Hariri’s Future Movement, goes into a minority position in parliament with roughly forty seats.

This calculation, however, does not take into account the labyrinths of alliances that were struck during the election campaign which crisscrossed the two-bloc split that had dominated Lebanon’s political scene since 2005.

Hariri’s future movement, for example, allied itself with Aoun’s party in some districts but not others, while Aoun joined forces with Hezbollah in only one district (B’abda) but not in the rest of the country.

Samir Geagea’s Lebanese Forces, which had flirted with both Aoun and Hariri before the elections, gained seven seats in parliament, jumping from eight to fifteen seats.

These electoral alliances resemble crossing party lines in two-party systems such as in the United Kingdom and the United States.  The question, however, is will such alliances hold in the post-election period?

Local analysts, especially Aoun supporters, claim that the motive behind the NT’s introduction of the proportional electoral law was to raise the representation of NT exclusive of any alliances so the party could move independently after the election.

Reportedly, Aoun’s intention is to make his NT the balancing party—a role which used to be played by Jumblatt who now holds on to ten seats in parliament to Aoun’s twenty-nine—the largest single party now in parliament.

Aoun now retains the option of acting independently depending on the issue, supporting Hariri and the Lebanese Forces when they hold shared views (thereby giving them majority) and going back to the March 8 fold on others.  Aoun has reportedly not always been happy with Hezbollah’s actions and positions and would like to occasionally stray from the fold.

As usual in Lebanon, the numbers don’t say it all.  The NP’s principle of no winners and no losers remains in effect, and the notion of trying to do everything via consensus instead of majoritarian votes also remains.  Government formation, for example, is not supposed to be affected by election results nor are Hezbollah’s regional policies likely to change.  There is a new fluidity of alliances to be sure, but the overall balance of forces in Lebanon has not dramatically shifted. The worst of it is that the sectarian system remains alive and well with candidates formally recognized by their religious affiliation rather than their political one.

Nabeel Khoury is a nonresident senior fellow with the Atlantic Council’s Rafik Hariri Center for the Middle East. Follow him on Twitter @khoury_nabeel.

Image: Supporters of Lebanon’s Hezbollah and Amal Movement rode in a convoy in Marjayoun, Lebanon, on May 7. (Reuters/Aziz Taher)