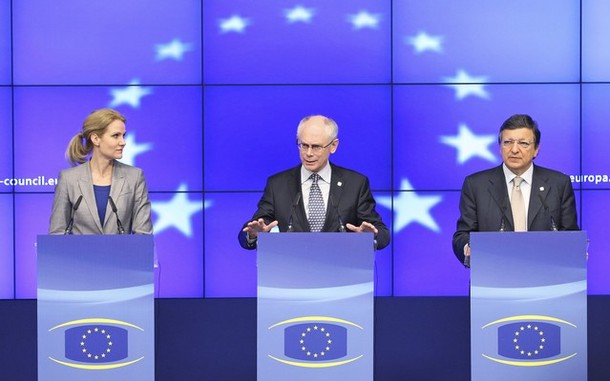 In 1651 English political philosopher Thomas Hobbes wrote “Leviathan” in which he said prophetically, “The only way to erect…a common power, as may be able to defend [men] from the invasion of foreigners, and the inquiries of one another… is to confer all their power and strength upon one man, or upon one assembly of men…Leviathan”.

Hunkered down behind the Eurozone crisis is Europe’s key existential question; can the future prosperity, stability and, indeed, democracy of Europeans be afforded by one single super-Leviathan?

The current crisis has painfully exposed what is the great European divide; those who believe in a greater ‘Europe’ and those suspicious of grand constructs that not only threaten hard won freedoms but also seek to replace the nation-state. Sadly, friendships have been torn asunder over this issue; I too have lost a couple.

Many continental Europeans are used to so-called ‘dirigisme’, diktat by fiat from above. As an Englishman grounded in a political culture in which fundamental individual freedoms are sacrosanct the very idea of a European Leviathan is dangerous political folly. It would require trust in a European political caste over which I have no writ.

Later this year I will have the honour of addressing a meeting of senior French politicians and officials. ‘L’Europe’ is very much a concept that France has championed. Whilst it is a perfectly honourable creed it, ‘Europe’, begs the ultimate political and economic question; what is the ‘finalité’?

First, there would need to be a European head of state, a real European president supported by a real European government led by a cabinet replete with European ministers, covering all the many competences of a modern state; a single system of justice and policing, sound economic governance and all aspects of ‘Home’ Affairs.

Second, Europe’s five hundred million or so very disparate peoples with their myriad of cultures, traditions, beliefs and languages would need representation via a single European parliament credibly charged with powers of political oversight and made up of Europe-wide political parties. Third, there would need to be a real executive supported by a European ‘civil service’ charged with implementing European policy and held to account by a functioning parliament. Fourth, there would need to be a European Finance Ministry supported by a real European Central Bank that would act as a bank of last resort, much like the US Federal Reserve. Finally, and critically, any such ‘state’ would send European citizens to their deaths in war in the service of a real European Army, Navy and Air Force.

To make that work France would need to be scrapped, the French Government in Paris reduced to being little more than an English county council or more aptly a French departement. Parliamentary democracy in France would be diluted some tenfold as by ratio of population to representation the size of European parliamentary constituencies increased in size some tenfold. French national control over all main tax-raising powers and indeed all other aspects of sound money would be handed over to the European finance ministry. The French would also need to abandon their armed forces, its military traditions, history and glory and subordinate it to a European Army.

Of course, money is the root of all evil. The Europe on offer today is one of mutual impoverishment, which makes it different to the ‘Europe’ of yore. For the first time European integration pre-supposes little or no economic growth. In the past ‘Europe’ has been built on the transfer of surpluses from the taxpayers of the formerly rich north and west Europe to those of the poor south and east Europe. How long can Western European politicians impose such transfers on their newly impoverished taxpayers in the name of Europe before they revolt?

For me ‘Europe’ can only ever work as a tight alliance of nation-states in which the political centre of gravity remains national sovereignty under national parliamentary control ‘harmonised’ into a tool for strategic influence, both within Europe and beyond. To that end the place of Brussels is to serve the European state, not replace it. I will never compromise on this point.

Shortly before his death Hobbes said, “I am about to take my last voyage. A great leap in the dark.” He could well have been speaking of the giant leap into the political dark that is now taking place in Europe. Ultimately, a European Leviathan would be an insult to the tradition of English and Scottish political thought that made parliamentary democracy possible – Hume, Locke, Mill, Smith et al. And, if friendships are lost because I will not compromise on this fundamental political principle, then so be it.

A European Leviathan; be careful what you wish for.