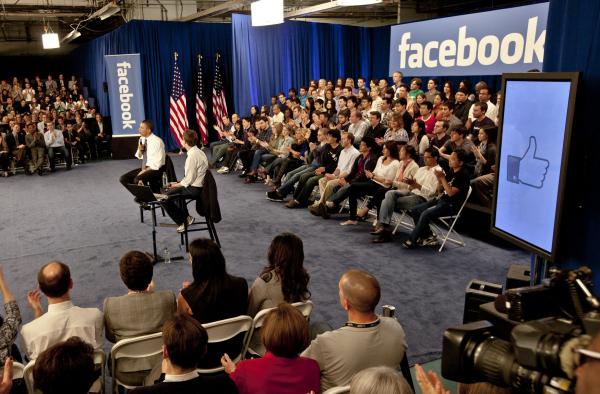 Global Tower of Babel or new forms of social organization on a planetary scale? There are now a quarter of a million sites that call themselves social networks — up from 850 in two years.

Twitter, Facebook, My Space, and Linkedin are the better known but few seem to understand the difference between social media and social networks.

Twitter and Facebook are Web 2.0 sites that cover everything and anything — social media and social networking, respectively verbal and non-verbal language. The 140-character max of Twitter enables it to be anything to many people, brands, celebrities, or curt conversations with real people under fire in a Syrian city.

One of Twitter’s most appealing features is its application-programming interface, a set of programming instructions and standards that allows developers to tap into its stream of 1 billion monthly tweets. These spawn new applications and Web sites for accessing yet another Web-based software application.

Twitter is leading the charge to fuel continued innovation for all who have access to the mainstream Web.

But this hasn’t harmed Facebook uber-founder Mark Zuckerberg, whose stake in the company zoomed from $3 billion in 2009 to $13.6 billion this year.

Linkedin, one of the big three, is a resume on steroids, a boon for networking in an online profession arena.

YouTube, a social media Web site, provides television on the Web with a gazillion channels.

43 Things is a social network that focuses on goal setting, which links members by the goals they have in life or goals that have already been achieved. You can also create a goal and then invite friends to complete it with you.

You want to showcase your skills? Promote yourself? Try Konnects.

The Economist headlined the gradual unveiling of Newt Gingrich’s candidacy for president as "The dance of the seven tweets."

It was Twitter and Facebook that triggered the Arab upheaval — some say the Arab Spring — from the self-immolation of a street vegetable seller in Tunisia last January to the ongoing civil war in Libya, the ongoing bloody suppression of a political spring in Syria, and the still doubtful outcome of revolution in Egypt, where the Muslim Brotherhood is on a glide path to become the majority party in next fall’s elections.

The Muslim Brotherhood, echoed by Hamas in Gaza, condemned the "assassination" of Osama Bin Laden, "an Arab and Muslim warrior."

With the population of Planet Earth about to reach 7 billion, there are already 2 billion people online with access to the Internet. The World Wide Web started only 22 years ago.

In the past six years, the social Web revolution has sparked what Facebook calls a "drastic and far-reaching change in ways of thinking and behaving." Facebook has 550 million members in 212 different countries. The largest Facebook group is North America with 160 million users.

On Jan. 22, 2010, astronaut T.J. Creamer posted the first live Internet link into orbit to his Twitter account from the International Space Station.

With revenue at $243 million in 2010, Linkedin set the terms of its imminent public offering on the New York Stock Exchange where the company is valued at $3.3 billion. Some see a new bubble forming in the valuation of start-ups.

But The Economist sees plenty of corporate buyers, such as Microsoft, with deep pockets, still anxious to grow larger. And there are plenty of new billionaires from China to India to Brazil where new Internet companies are proliferating.

In China alone, Internet users are forecast to jump from almost 500 million last year to 700 million in four years time. By then, too, China’s e-commerce is expected to quadruple to $305 billion, making it the world’s largest.

China’s venture funds hit $11 billion last year, up from $4 billion five years ago. Baidu, which is China’s largest search engine, reports The Economist, has seen its share price soar to a market capitalization of $50 billion.

That takes the combined worth of China’s 10 largest companies to $150 billion. Google is worth $200 billion and Facebook $70 billion.

Smartphones and tablet computers now outperform computers that were new 10 years ago. Some 300 million smartphones were sold worldwide last year. Another 450 million are being shipped this year.

"Cloud" computing has given birth to a limitless number of servers. Prices nosedive while power soars and "apps" proliferate. Some 300,000 apps are for sale — and the number increases daily.

Web 2.0 is described by experts as already moribund. Battalions of techies — 15,000-strong — showed up at the SXSW popular social network convention in Austin, Texas, this year to showcase their new services to the world.

Some of the tech start-ups were Group me, geoloqi, yobango and liquid space. Apple, which offers 300,000 apps, opened a temporary retail outlet to push iPad2 sales.

The big question in Austin: Are social networks tapped out? They soon will be, many techies agreed.

"If Web 1.0 was the basic bogs of the Internet," commented one, "and Web 2.0 was the launch of user-generated content (e.g., Wikipedia), then Web 3.0 is that moment when you forget you’re doing any of this stuff. It’s when using the Internet becomes so casual, so much a part of your natural life, that you don’t think about it anymore … you no longer have the conscious sense of a dividing line between the real and the online world."

AR, or Augmented Reality, will enhance one’s current perception of reality by the fusion of real-world and computer-generated data.