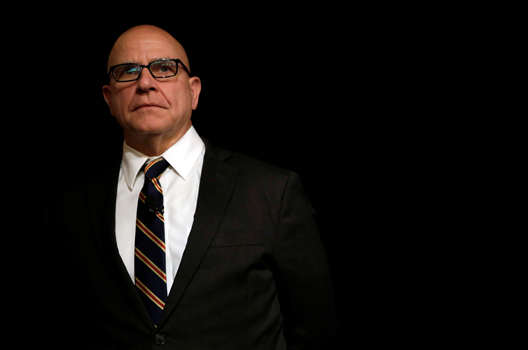 US National Security Advisor Lt. Gen. H.R. McMaster and his team deserve credit for clear expression of the threat to the United States from autocratic, revisionist powers, especially Russia. Outlining the new National Security Strategy (NSS) to be released on December 18, McMaster earlier this week publicly cited Russia’s “sophisticated campaign of subversion and disinformation and propaganda,” noting that the NSS would spell out this threat, and that the United States would respond accordingly.

Good for him, especially so given the complexities of Russia policy in the administration of US President Donald J. Trump.

On December 12, McMaster previewed the new NSS, saying that the document will take into account Russia’s hybrid threats and widespread propaganda “that attempt to divide our communities within our nations and pit them against each other and try to create crises of confidence.” He outlined four major threats to US national security, starting with “revisionist powers” such as Russia and China who seek to upend the rules-based world order which the United States has led since 1945.  McMaster’s commentary could prove important because:

·         It finally acknowledges, in a foundational policy document from the Trump administration, that Russia under its current leadership threatens US interests. McMaster presented the opinion that the Kremlin is at best a challenge, not a misunderstood or ill-treated potential friend; and

·         His statements indicate a recognition that there is in fact a US-led global order, or at least a vision of one, which the “revisionist” powers, aggressive and authoritarian, seek to undermine.

This latter point is critical. Since its emergence as a world power at the turn of the twentieth century, the United States has believed that its interests were linked to its values; that the nation would prosper and thrive in a rules-based world; and that an open world, rather than one based on spheres of influence, would play to the United States’ natural advantages.

The United States championed these principles through two World Wars and a Cold War, thereby serving itself, and many other nations, well.

During the presidential campaign and after assuming office, Trump and others in his administration questioned this US grand strategy. The alternative to this strategy is a sort of sphere-of-influence world in which the United States retreats to merely grasping for its share, and allows Russia and China to do the same.  Such an alternative would diminish US leadership, and a US recognition of a Russian or Chinese sphere of influence would also dishonor the United States.

No wonder Russia reacted harshly to this report of a more values-based, venerable, and honorable national security strategy document about to emerge. Perhaps frustrated by the failure of their exaggerated hopes for a renewed relationship with the Trump administration, the Kremlin has responded with its usual denial, without, however, its usual pose of conviction or panache. Reuters reported that on December 13 the Kremlin responded to McMaster’s statements, saying the allegations “were groundless and not backed by facts.” Further, Russian President Vladimir Putin’s spokesman, Dmitry Peskov, said McMaster’s remarks were “extremely and absolutely wrong,” and that Russia “does not indulge in sophisticated subversion in the United States.”

If the new NSS outlines the threats to the United States—and to the democratic, rules-based world order—as clearly as did HR McMaster, and if its policy recommendations are commensurate, it will stand as a worthy document, helping steady this administration’s strategy, policy, and standing as a leader of the free world.

Daniel Fried is a distinguished fellow in the Atlantic Council’s Future Europe Initiative.