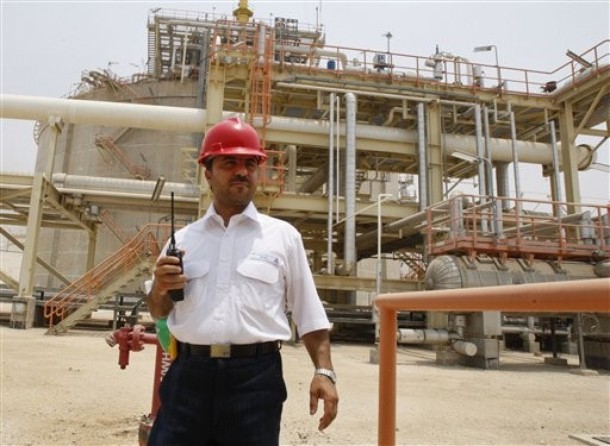 To hinder Iran’s uranium-enrichment program, the US has introduced sanctions that bar deliveries of gasoline and other refined oil products to Iran. The European Union is following the US lead in this case. Russia’s initial response is calculated to suggest that it does not consider itself bound

–either by these sanctions, or by the earlier US sanctions against companies that invest more than $20 million in any given year in Iran’s energy sector.

Moscow’s message is an opening gambit. It has been delivered from Russia’s Energy Ministry and Gazprom to Tehran, not from the top state and government level to the US and supportive governments. Energy Minister, Sergei Shmatko, and Gazprom Neft must have cleared their move with Prime Minister, Vladimir Putin. However, Russia is not necessarily committed to the course of action announced by Shmatko. Moscow is positioning itself for future maneuvering between Washington and Tehran on this issue as on other sanctions-related issues.

At the concluding news conference with the Iranians in Moscow, Shmatko did reflect his government’s position in maintaining that “the advancement of cooperation between Russia and Iran does not contravene the UN Security Council sanctions” (Interfax, July 14). The clear implication is that such cooperation does not contravene US or other unilateral sanctions and can proceed legally (discouraged only by possible damage to Russian companies from US sanctions).

The latest round of UN Security Council sanctions includes, inter alia, a ban on the delivery of eight types of heavy weaponry to Iran (UN News Center, June 9). Moscow is not taking a clear position on whether the ban applies also to the S-300 air defense systems or not. Russian officials have made a number of ambiguous statements and also some mutually contradictory statements on this issue. The S-300’s are deemed critical to deterring air strikes against Iran’s nuclear-enrichment sites.

Foreign Minister, Sergei Lavrov, has defused the issue provisionally by declaring (most recently on July 15, while in Israel) that President, Dmitry Medvedev, would issue a decree listing the banned weapons. According to Lavrov, “the presidential decree is the mechanism for practical implementation of the Security Council resolution” (Interfax, July 15).

Thus, the Obama administration (as well as Israel) is being exposed yet again to a textbook case of Russian negotiating tactics. First, Moscow approved the sanctions resolution after almost two years of procrastination, watering it down and leaving the S-300 issue ambiguous. During this time, the Obama administration saw its leeway in Eurasia constrained by the quest for Russian support against Iran. In the next stage (now), implementation turns out to be subject to a Russian “mechanism” yet to be defined (to be negotiated). Classically, Russia makes a deal cashing in a quid-pro-quo, only to start negotiating again for the deal’s implementation, subject to some other quid-pro-quo. In the third stage, it will be up to Russia’s president to list the sanctions-banned weapons, and by the same token to omit certain items, leaving Russia free to deliver these to Iran. Thus, the Kremlin will ultimately interpret the UN Security Council resolution on the S-300’s and not only on this issue.

None of that means that Russia will deliver its S-300 missiles to Iran. On the contrary, Moscow has kept Tehran equally anxious. The delivery contract has been “frozen” for at least two years and remains so. Thus, Russia is demonstrating a semblance of restraint while converting this into bargaining leverage vis-à-vis Washington, through constant linkages with unrelated issues. Using a negotiating method that Tehran would understand if not approve, Moscow is selling the same carpet (its “freeze” on the S-300’s) continually, multiple times.

Similar tactics are at play regarding the US-led, non-UN sanctions on Iran’s energy sector. Whether the Russian government and companies under its control would proceed to breach these sanctions, as just hinted, is far from a foregone conclusion. For now, Moscow is signaling that it does not recognize those sanctions, reserving the right to ignore or circumvent them.

Iranian Oil Minister, Masoud Mirkazemi’s, invitation to Moscow and its timing were designed to catch Washington’s attention and build bargaining leverage. Moscow will probably handle the issue of oil and gas cooperation with Iran as it handles the S-300 issue, or its limited cooperation with Iran’s nuclear development program. It will almost certainly seek US geopolitical quid-pro-quos in Eurasia, in return for limiting or desisting from oil and gas sector cooperation with Iran.

Vladimir Socor is a senior fellow and long-time senior analyst with the Jamestown Foundation.