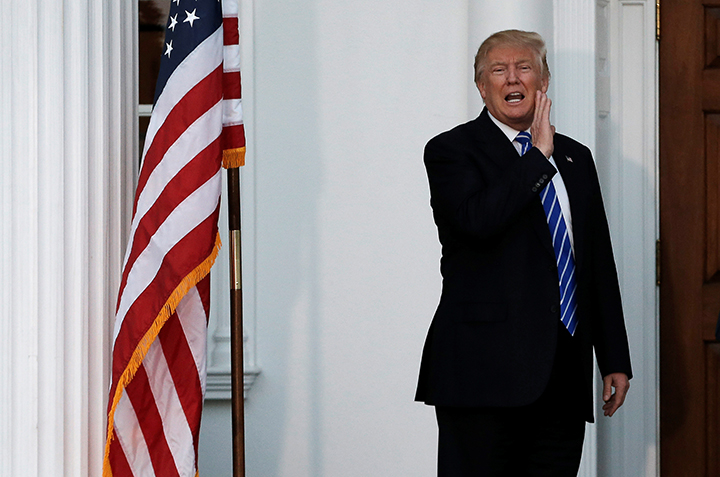 If US President-elect Donald Trump were to keep his promise to withdraw the United States from a trans-Pacific free-trade agreement it would severely undermine US credibility and open the door for China to set the rules on global trade, according to Atlantic Council analysts.

Trump issued a video on November 21 in which he outlined his policy plans for his first 100 days in office. Among these plans was his intention to withdraw from the Trans-Pacific Partnership (TPP) “from day one.”

Trump called the TPP “a potential disaster for our country”. Instead, he said, he would “negotiate fair bilateral trade deals that bring jobs and industry back.”

Jason Marczak, director of the Latin America economic growth initiative at the Atlantic Council’s Adrienne Arsht Latin America Center, said: “By pulling out of the TPP, the United States would cede to China the role of being the global trade kingmaker.”

A US withdrawal from a pact it has argued for would hurt US credibility among its friends and allies.

“Having [the TPP] go down in flames goes to our credibility in Asia,” said Robert A. Manning, a senior fellow with the Atlantic Council’s Brent Scowcroft Center on International Security and its Strategic Foresight Initiative.

“So, by default, Trump is bestowing a huge gift on China to help displace our role in Asia,” he added.

Hours before Trump’s announcement, Japanese Prime Minister Shinzo Abe warned that the TPP would be “meaningless” without the United States.

The TPP was the United States’ opportunity to be in the driver’s seat when writing the rules of global trade. Chinese officials saw the agreement as a way to contain China’s rise. China responded to Trump’s announcement saying it hopes to soon conclude an Asia-wide trade pact—the ten-nation Regional Comprehensive Economic Partnership (RCEP).

“The business of Asia is business,” said Manning.

“All these countries are worried about economic growth, so even if they have serious security concerns about China’s intentions they will see themselves as prisoners of their geography and have no choice but to gravitate toward China,” he added.

Robert A. Manning and Jason Marczak discussed the importance of the TPP in an interview with the New Atlanticist’s Ashish Kumar Sen. Here are excerpts from our interview.

Q: Why is the TPP important for the United States?

Manning: Obama oversold it as the be all and end all of our engagement in Asia. He sold it as the economic foundation of his so-called rebalance. It is important, and it would certainly help US businesses get market access, but I think he sold it as a strategic tool that showed that our position in Asia could be sustained. Having it go down in flames goes to our credibility in Asia. That is troubling.

The larger problem for me is that trade became this piñata in the election campaign—a symbol of globalization creating winners and losers and the losers revolting against it. The problem is that most of the way it was discussed, and is still discussed in Congress, is at least twenty years out of date. We lost probably two million or so jobs to China in the 1990s. Those jobs are now in Vietnam and Bangladesh.

Manufacturing in the United States is at a record high, but the jobs are down because they are all automated. There is this strange aversion to dealing with the reality, which is technology: robotics and artificial intelligence. If you are a truck driver or a taxi driver you are probably not going to have a job ten years from now and that has nothing to do with trade.

By blaming TPP we are having the wrong debate. If you don’t even know what the problem is how do you resolve it? The issue is not trade taking jobs so much as technology changing the whole panorama and how do we empower our work force for 21st century jobs? How do you revamp your education system, create a better social safety net? We need to start thinking about things like a lifetime education retraining voucher because people are going to have to adapt to the revolutionary technology transformation. That’s why Trump’s promise of jobs to me is absurd.

Marczak: The TPP is important to the United States because the agreement, if it had made it through the US Congress, would have allowed for the United States to concretely show its leadership position in writing the global commercial rules of the road, not only in Asia and Latin America, but across the world.

The TPP is an agreement that was inked with US interests in mind. Without the TPP, the United States would leave it to other countries to put forward the global commercial rules that will define the years ahead.

The TPP is much more than a trade agreement. In fact, it is a commercial agreement. It goes far beyond issues of tariffs and quotas. It puts in place provisions that would protect US intellectual property rights, guarantee fair labor standards, erect new environmental provisions, and a whole host of other issues that are paramount for the future global success of not only US industry but also US values.

Q: Is it a mistake for Trump to pull the United States out of the TPP?

Manning:  I think so. In the presidential debates, very little was actually said about the content of the TPP. It was just: trade is bad, TPP is trade, therefore we are going to kill it. Both detractors and proponents overestimated what the TPP would do.

The TPP is important to keep the US competitive in global markets. It is not the greatest thing since sliced bread that is going to solve all our problems. But there are important precedents in it in terms of addressing issues of the future—e-commerce, digital economy, IPR protection, environmental and labor standards.

More broadly, the last thing anyone in Asia wants to have to do is choose between the United States and China. There are now 147 trade agreements in Asia and there is the Regional Comprehensive and Economic Partnership (RCEP), which the Chinese are pushing. Everybody is turning to that by default. So, by default, Trump is bestowing a huge gift on China to help displace our role in Asia.

Q: What are the implications of the TPP’s failure?

Manning: Number one, US firms will be at a competitive disadvantage in terms of market access to the fastest-growing region in the world. Number two, it has dealt a huge body blow to US credibility. We were pushing this and now we are pulling out? It makes people wonder about our other commitments. Trump has raised questions about alliances. It creates a mindset that makes people more dubious about America’s staying power in Asia.

Marczak: If the TPP fails to move forward even without US participation, it would ensure that the Chinese-backed RCEP would eventually dominate trade in the Asia Pacific. Despite the United States and many parts of Europe having decided to look inward, much of the world continues to look outward. Latin America, East Asia, South Asia continue to look beyond their borders to expand their economies. What we can see in the end is the United States and Europe limiting their ability to effectively participate in global trade and write global trade rules at the same time that the world’s emerging markets are moving ahead without the United States and Europe. The long-term implications for global US commercial leadership would be disastrous.

As we have seen, historically, trade agreements are far more than economic agreements. They are strategic agreements. By becoming more protectionist, the United States not only risks losing out on the global economy, we also risk losing the power of the trade agreement to enforce critical alliances.

Q: Can the trade deal survive without the United States?

Manning: To many of these countries, the biggest reason they signed on to the TPP was to get access to the American market.

I see TPP as a back-door US-Japan free-trade agreement. The United States and Japan are together about 85 percent of the GDP of the TPP. The Japanese are already taking soundings about the idea of a US-Japan free-trade agreement, which would mitigate some of the damage from a failed TPP. It would be an interesting way to test Trump because he has said he is for free trade and is only against bad agreements. The Japanese made concessions for the TPP that they would never have made in bilateral agreements. The stage is set. If they want to do a good agreement I think you could probably do one with Japan.

Q: Is a US withdrawal from the TPP a win for China?

Manning: Absolutely. The business of Asia is business. All these countries are worried about economic growth, so even if they have serious security concerns about China’s intentions they will see themselves as prisoners of their geography and have no choice but to gravitate toward China.

Marczak: US disengagement from the world, including withdrawing from the TPP, is a huge win for China. It removes a formidable player that would be a counterbalance to China. US protectionism will, in the end, have the effect of only expediting China’s rise as a global power, if not perhaps the global power.

Q: What does a failed TPP mean for the prospects of the Regional Comprehensive Economic Partnership (RCEP), the Chinese pact that notably excludes the United States?

Manning: The RCEP is a less ambitious agreement. It mostly reduces tariffs and rationalizes what is called the noodle bowl of bilateral and trilateral agreements in Asia so that they are more coherent. It doesn’t open up things in emerging sectors the way the TPP did.

Manning:  Not yet, but it will because of demographics. China is the first country in history to grow old before it grows rich. The middle class is already being squeezed. You are seeing a tremendous outflow of money. Many people in the middle class are looking for exit strategies as [Chinese President] Xi Jinping tries to be more authoritarian.

The backlash against globalization has been mostly a Western phenomenon so far. It could very easily go beyond that. But then again, what’s the alternative to this counter-globalization movement?

Trump’s so-called America First will find that a lot of sectors like the auto industry are so integrated with the global supply chain that you can’t figure out what is an American car any more. If they try to break up NAFTA [the North American Free Trade Agreement] it will completely disrupt the economy, the auto industry, the [information technology] IT industry. This fact-free view of the world is dangerous and is not going to provide the solutions that many of the frustrated people who voted for Trump because of their economic situation are looking for.

Image: US President-elect Donald Trump wants to withdraw the United States from the Trans-Pacific Partnership (TPP) “from day one.” (Reuters/Mike Segar)