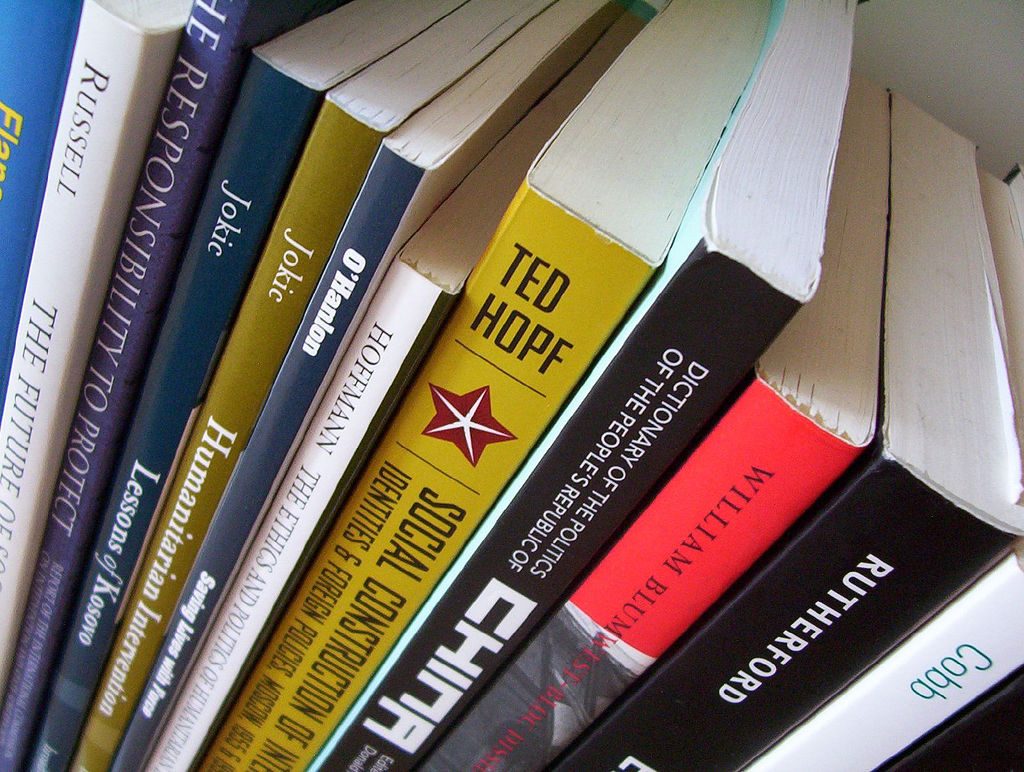 For those entering policy-making positions in government, the flood of recommendations, policy reports and analyses that land in their in-box can be overwhelming. Some of these may actually be helpful. But put them aside for now. What makes or breaks those in senior positions is their judgment. And what matters most in shaping judgment is core ideas, understandings and concepts. So rather than bury nominees awaiting confirmation in an avalanche of information, the following are a few essential reads that can be enormously useful to provide perspective and context for an official thinking their way through knotty policy problems:

1.The Quiet American, Graham Greene: One of the biggest sources of mistakes in US foreign policy is failing to understand the importance and meaning of nationalism, particularly in former colonial territories. This slim novel staged in the early phase of US involvement in Vietnam, is a good reminder. Success has come when the US goes with the tide nationalism (think of US support for Solidarity in Poland, or when the US dumped Philippines dictator Ferdinand Marcos in 1986). It captures the psychological mindset of the American “mission civilatrice” in Vietam, a hubris seems to have recurred in recent times.

2.A Peace to End all Peace, David Fromkin. If you were going to read only one book on the Middle East, to understand how it got the way it is and why, I would suggest this one. It is a well-crafted history of the post-WW1 settlements that created nation-states in a region where the concept was unknown. Time permitting, I would also highly recommend Michael B. Oren’s, Power, Faith and Fantasy: America in the Middle East 1776 to the Present. Great story-telling of American hubris from the Barbary Wars, and the missionaries to today.  (Frightening to see how little we have learned about the region over more than two centuries.)

3.The Elusive Quest for Growth. William Easterly. Many of our greatest foreign policy challenges stem from weak and failing states on the margins of the globalized economic world. This book, perhaps the best single primer on do’s and don’ts of foreign assistance and economic development by a former World Bank senior economist is unusually readable for a book on development. It captures thru anecdotal experience and analysis of it, the foibles and lessons of Western ideas about economic development. Two other key reads are Easterly’s White Man’s Burden, on development and foreign aid misconceptions in Africa; and Paul Collier’s The Bottom Billion, an enormously insightful look at why many African countries (and efforts to aid them) fail, and what might work.

4.Politics Among Nations, Hans J. Morgenthau. This is an enduring classic by the Godfather of foreign policy realists. Morgenthau, one of our greatest political scientists would  probably not get tenure today in most top university political science departments, which is testimony to how much political science has degenerated into quantitative modelling (of use mainly to other political scientists). Morgenthau’s insights into the actual workings of international relations and what animates a nation’s behavior remain as solid as ever. For a President who appears a fundamentally thoughtful pragmatist and realist, this is a timely work.  Many of his more social engineering-oriented advisors would we well advised to study this work carefully before trying to create or reinvent institutions or venture into “nationa-building.”. Time permitting, I would also recommend, George F. Kennan’s Around the Cragged Hill. Also highly recommended is America and the World by Zbigniew Brzezinski and Brent Scowcroft. This well-organized conversation (moderated by David Ignatius) between two of our sharpest foreign policy minds contains much wisdom on most of the knottiest contemporary foreign policy problems the Obama administration is inheriting and is a tour d’horizon of the the full panoply of foreign policy and national security issues facing the new administration..

5.Lastly, Bjorn Lomborg’s The Skeptical Environmentalist is a thoughtful contrarian interpretation of climate change and what do about it by a young Danish economist. While embraced by many who continue to doubt the reality of climate change, Lomborg is not in denial about the problem. But in torrent of current doom and gloom literature on the issue, he offers a different perspective on how to view and address the problem worth factoring into thinking on climate change.

I have avoided books on the economy and finance, as the new President has surrounded himself with some of the brainiest and most experienced experts and practitioners, most of whom undoubtedly have read any book I would be likely to recommend and then some. It may sound a tad academic, but trust me, digesting and internalizing the rich content of the books suggested herein can make a difference when the moment of decision arrives on the respective issues addressed.

Robert Manning is a Senior Advisor to the Atlantic Council.  The views expressed here are solely his own, not those of any U.S. government agency.   Photo by Flickr user onshi under Creative Commons license.