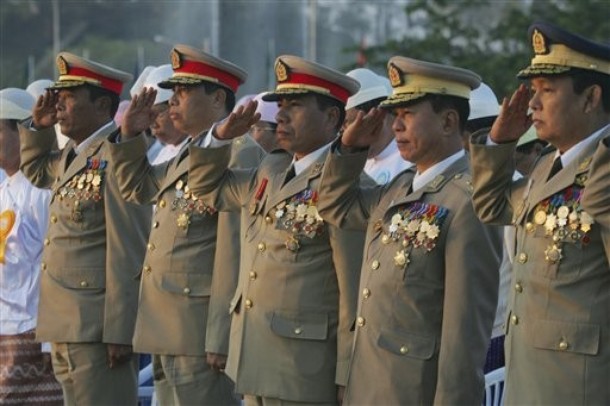 The recent elections in Myanmar, far from free and fair, have re-ignited the debate as to how the world should engage with the newly “elected” government.

The political analysts and strategists are divided into two camps. The first deems the newly elected government a proxy of the military junta and therefore view any engagement as granting it legitimacy and further strengthening its rule. The second believes sanctions have only led to further entrenchment of the military junta’s rule and impoverishment of the common masses and therefore argues for a complete re-visitation of the policy.

Myanmar, also known as Burma, was a part of British India until 1937. In 1948, Myanmar achieved its independence, and after a brief civilian rule, the military assumed control in 1962. Since then, the military junta has called the shots in the country and termed its rule as a political necessity in the face of “secessionist calls by the ethnic minority groups and political stability requirements.” The argument is much similar to ones given by interventionist militaries in countries like Pakistan. To give a façade of democracy and international legitimacy, the junta organized elections in 1990, which led to the victory of Aung San Suu Kyi’s National League for Democracy, the most prominent political outfit in the country. The military refused to honor the verdict and this invited stringent economic sanctions from the West.

It is a fact that these sanctions imposed have done little to bring a democratic transformation. Notwithstanding the sanctions, neighboring countries have continued to increasingly engage with Myanmar in their own interest.

India, which was an unabashed supporter of the Burmese dissidents, is a classic case of U-turn. In 1993, the Indian government conferred the prestigious Jawaharlal Nehru Award for International Understanding on Suu Kyi. New Delhi was the center of activities for the Burmese dissident groups. In fact, Suu Kyi still has a personal following among the city’s citizenry, which was strengthened by the fact that she had studied in Lady Sri Ram College, one of the popular undergraduate colleges in the city. However, wary of the growing Chinese influence in Myanmar, growing energy requirements, and the need to crack down on its rebels who were taking shelter in neighboring parts of Myanmar, India started engaging with the military junta. The engagement has only increased and in 2010, New Delhi hosted junta chief General Than Shwe.

While the Indian government’s turnaround is relatively recent, other neighboring countries have consistently engaged Myanmar for many more years. China and Thailand have economic ties with the junta. Japan, a traditional Western ally, is the ninth largest investor in Myanmar. Singapore is the largest, with $1,215 million (22.7% of the total).

Given that the junta has been able to economically withstand Western sanctions by striking deals with Asian countries, it is unlikely they will bring any major political change in the country in the foreseeable future.

In the light of these facts, there is a need for the West and international institutions to formulate a policy grounded in the geo-political realities of the region. A study of contemporary South Asia political history is a testament to the fact that spontaneous democratic revolutions have failed to usher in sustainable democracy. Nepal is a classic example of this fact as political parties are still warring with each other even though monarchy has been abolished. This has led to bouts of political instability in that country. Pakistan is another example where a feudal set-up in that country is holding back the progress towards democratization.

A firm liberal democratic transformation can come into existence with the presence of some prerequisites such as vibrant civil society, inclusive political culture where ethnic minorities are accommodated, creation of empowered and educated middle class, and a free and robust media. Such ingredients can come with the more widespread engagement of Myanmar’s civil society with the democratic world whether in the West or even with Asia. Even in the case of Myanmar, it is important for the democratic world to facilitate a process to build the required political infrastructure than to aim for a spontaneous democratic revolution. The 2007 mass uprising of monks in Myanmar failed to bring any major upheaval in the country, though it temporarily shined a spotlight on the country’s affairs. There was a lot of emotional outpouring in the West for the monks but this brought little tangible change in the country’s political life. On the contrary, the military junta cracked down on the leaders and many monks escaped to neighboring countries fearing retaliation from the junta.

Economically, the military junta has already crafted arrangements where it can survive and sustain itself so the status quo will bring little benefit. Myanmar’s military junta has continued its policy of political repression without any accountability to universally accepted standards of human rights. The engagement with the newly elected government in Myanmar by the West and other international institutions should be on a case by case basis; providing it sufficient incentives to allow the creation of a civil society and political freedom in the country.

The analogous situation will be the transformation brought about by gradual political and economic changes in the army’s role in Turkey and Indonesia through enhanced engagement with the rest of the world. Turkey’s and Indonesia’s engagement led to strengthening of civil society and the creation of an inclusive political culture of maturity that ultimately influenced the two armies to decide that it was in their interest to let the civilian government take charge.

Serious research is required to understand what is sustaining the rule of military junta in Myanmar. At present, Western countries and international organizations practice a policy of pragmatism rather than flirting with ideas to trigger a spontaneous democratic revolution in Myanmar. Trying to supplant the edifice of democracy in Myanmar without initiating key processes for democratization will neither help the population’s cause nor democracy’s.