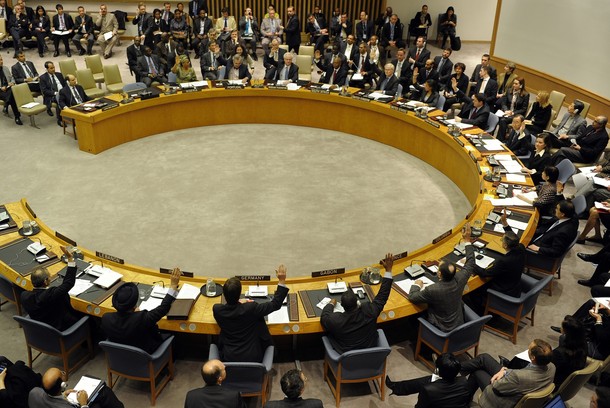 As the situation in Libya becomes daily more chaotic, pressure mounts on President Obama to militarily intervene on the side of the Libyan opposition.  He should resist these calls. Without a clear mandate from the United Nations Security Council in support of Libyan intervention, the United States has little to gain, and much to lose by entangling itself in Libya’s civil war.

Proponents of military action by the United States point out that the chances of the Security Council voting in favor of an intervention are minimal to non-existent seeing that China and Russia, among others, do not support such action.  The interventionists instead look to NATO as a vehicle to legitimize the American intervention. But, trying to work through NATO would be another grievous error which could well result in weakening NATO even further and be detrimental to the broader transatlantic alliance.

NATO today is very different from the feared, monolithic military bloc of the Cold War. It has become increasingly dysfunctional since the demise of the Soviet Union robbed it of its existential enemy. The Central and Eastern Europeans, for instance, continue to fear Russia, while they nervously watch their Western allies get closer to the Russians.

The recent sale by France of its Mistral amphibious attack warship to Russia is a good example of this divide. Were Georgia and Russia to get into another conflict, the Mistral would allow Russia to occupy Georgia’s naval facilities in 40 minutes instead of the 26 hours that it took in 2008. The Central and Eastern European members of NATO view this sale, the first of its kind by a NATO country to Russia, with alarm.

It is very doubtful the North Atlantic Council, NATO’s board of directors, would approve action in Libya. Any military action by NATO requires unanimous approval by the NAC, and two influential members—Turkey and Germany—have made it clear that absent United Nations approval NATO has no business in that country. American pressure for NAC approval would have the affect instead of creating even more friction between the North Atlantic allies.

Finally, NATO is widely viewed as an extension of American foreign and security policy. So neither the Libyans nor anyone else in the Middle East would be deluded into believing the Alliance’s involvement was anything other than an American led military action.

The most important strategic objective for the United States in the Middle East is to regain the high ground it conceded by its actions in siding with authoritarian leaders in the Middle East, and by the signals sent by its continuing wars in Muslim countries. Rightly or wrongly, America has succeeded in convincing many Arabs that America has declared war on them and their religion. The Tunisian and especially the Egyptian revolutions have begun to change this perception of America in the region. A military misadventure in Libya will shut this window of opportunity for another generation.

Of all the many powerful images to come out of Cairo in the last days of the revolution, one affected me the most. It was actually a split-image, reflecting two sides of America that competed for attention on Cairo’s Tahrir Square.

On one side of the split-screen were Google, Twitter, and Facebook—American inventions that jump-started the protests by electronically connecting 80 million Egyptians to each other and to the world. This was an image of an America that inspires the world with its ingenuity: the shining city on the hill. On the other side of the split-screen, however, one saw a different America. All the weaponry on Tahrir square—the tanks, armored personnel carriers, rifles, and tear gas canisters—they too were made in America.

How does one reconcile these two images?

It would be disastrous for the United States to take military action in Libya, either unilaterally or through NATO.  Nothing short of a Security Council resolution will suffice.

Sarwar A. Kashmeri is a senior fellow at the Atlantic Council’s International Security Program, a fellow of the Foreign Policy Association, and author of the forthcoming book, “NATO 2.0, Reboot or Delete.”