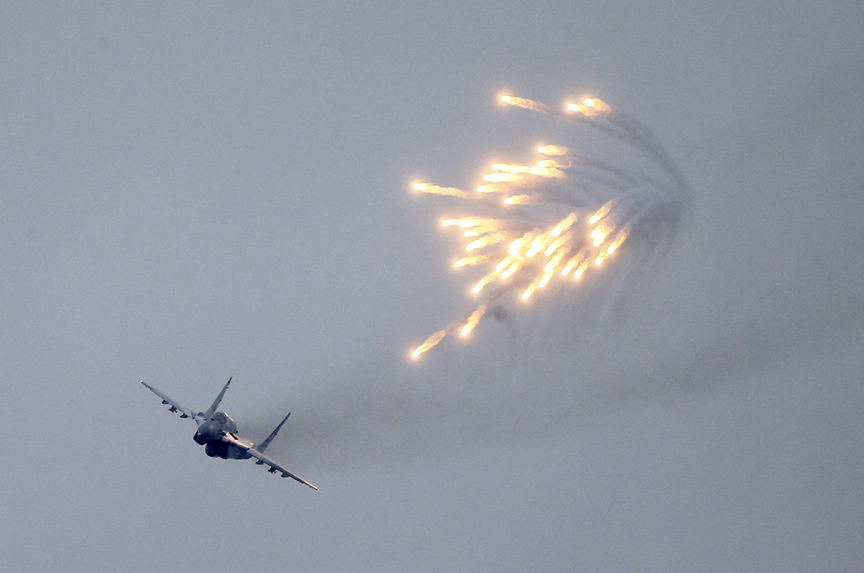 On September 14, Russia commenced not only the Zapad 2017 military exercise, it simultaneously (and in contravention of the spirit of many arms control accords), launched an exercise for the nuclear-armed Northern Fleet and a joint exercise with the Chinese navy in the Sea of Okhotsk and the Sea of Japan.

North Korea can now evidently miniaturize nuclear warheads to fit atop delivery vehicles and relentlessly defies the United Nations (UN) with its missile and nuclear tests. Iran has violated the spirit of a UN Security Council resolution by conducting ballistic missile tests and the US government as well as many US analysts expect it to resume its nuclear weapons program when the JCPOA (Joint Comprehensive Plan of Action)—the nuclear deal Iran reached with the P5+1 countries—ends in the next decade.

Not only do these phenomena signal crises of nonproliferation, Asian, and European security, they make it clear that the use of nuclear weapons as instruments of politics and war has increased and, if anything, is flourishing.

Russia’s nuclear doctrine, procurement, and behavior all indicate a willingness to consider, if not actually use, nuclear weapons as means of threat and intimidation.  Indeed, some researchers suspect that the firebreak between conventional and nuclear strikes may be eroding in Russian thinking.  At present, Russia produces over twenty different nuclear weapons: short, intermediate, and long-range systems, is modernizing old systems, and deploying new ones while working on next generation nuclear capabilities like hypersonics. China’s nuclear opacity is legendary and Pyongyang and Tehran’s behavior speaks for itself. Perhaps, counterintuitively, Moscow is also now advocating arms control. But that actually makes sense because whenever the United States is about to begin its own nuclear modernization Moscow suddenly wants talks especially as it is close to completing its nuclear buildup.

Russian and some European analysts and officials are also now hinting that it is time to revive conventional arms control talks. Moscow’s motives are clear since its conventional modernization is under pressure, but has already reached a satisfying plateau. Meanwhile NATO, led by the United States, is now slowly reinvigorating its capabilities. European organizations like the Organization for Security and Co-operation in Europe (OSCE) and the German Foreign Ministry under Minister Sigmar Gabriel that have called for these arms control talks also think that the OSCE can regain some credibility as a functioning security organization by championing this idea. And those diplomats who regularly advocate dialogue with Russia, regardless of the circumstances, think this may be a suitable opportunity to resume these discussions.

Of course, such thinking forgets that Russia has declared war on the entire west by means of information warfare and the invasion of Ukraine, not to mention its unending nuclear and conventional threats. Neither should we overlook that every arms control treaty except the New Strategic Arms Reduction (START) has been violated by Moscow and Russia is currently over the numerical limits for its nuclear arsenal that it must reach by 2018 as mandated by that treaty. Thus, unless Moscow reduces its nuclear deployments next year—which apparently is quite unlikely—it will be in violation of this treaty as well.

Given the scale of Russia’s current nuclear weapons production, only a brave man would bet that Russia actually destroys the excessive numbers of intercontinental ballistic missiles (ICBMs) and submarine-launched ballistic missiles (SLBMs) it has.  And then, of course, there is the Intermediate Range Nuclear Forces Treaty (INF) that Moscow has broken as Washington has known since 2007.

The fact that some allies think Russia is “suspected” of violating the INF Treaty hardly demonstrates allied cohesion. Attempting to divide the allies is another reason for Moscow to advocate nuclear arms control and strategic stability talks. For Russia, strategic stability includes the United States’ high-tech precision and global strike capabilities that frighten it so Moscow hopes to preserve its nuclear intimidation capability while depriving Washington and NATO of those conventional capabilities that deter it without threatening nuclear war.

All these facts taken together should compel NATO to have the debate it needs to have on the role of nuclear weapons in the defense of Europe. As the leading nuclear power and defender of Europe, Washington should lead that discussion and even formulate proposals. However, while the answers to such a debate cannot and should not be predetermined, a real debate must be held because numerous actors now threaten Europe and the West. Those actors clearly announce their intention to use nuclear weapons not only to escalate an already occurring war, but also to control escalation throughout crises and force Western surrenders and retreat because they are more willing to threaten the use of these weapons.

Europe needs arms control, to be sure, but it needs peace and Russia, not Europe, has launched the war that takes the form of kinetic combat in Ukraine, elsewhere across Europe, Latin America, the United States, and the Middle East, and threatens to use force against Alaska and US forces in Asia and the Pacific.

As a US delegate to the OSCE observed, it is not a propitious time to enter into arms control discussions with Moscow when it is conducting aggression against Ukraine.  Since Moscow has shown itself to be a habitual recidivist when it comes to breaking arms control treaties, those urging such treaties bear the burden of proof in showing that such discussions can lead to effective, credible, verifiable, and enforceable arms control treaties.

Nevertheless, and regardless of the future destiny of conventional and/or nuclear arms control, NATO must face reality and debate these issues soberly, judiciously, and transparently among its members because the threats are real and growing.

Stephen Blank is a senior fellow at the American Foreign Policy Council. He is a former MacArthur Fellow at the US Army War College. Follow him on Twitter @traininblank1.

Image: A Russian MiG-29 fighter jet participated in the Zapad 2017 war games at a range near the town of Borisov, Belarus, on September 20. (Reuters/Vasily Fedosenko)