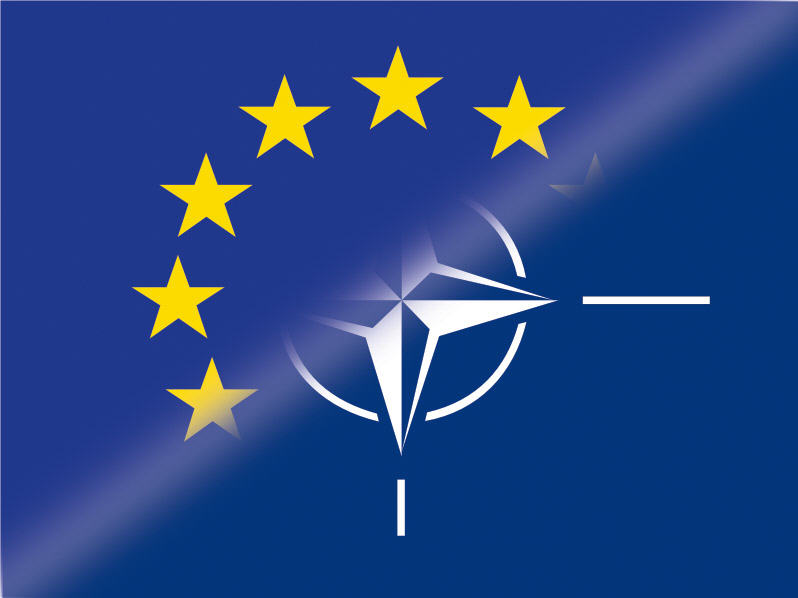 There’s a growing consensus that NATO and the EU must strengthen their cooperation on military planning. Yet the chief obstacles to doing so — they rhyme with Freece and Gurkey — are so taboo Allied leaders are reluctant to mention them by name.

During her recent Atlantic Council speech, Secretary of State Hillary Clinton boldly proclaimed, "We do not see the EU as a competitor of NATO, but we see a strong Europe as an essential partner with NATO and with the United States."  This signaled the end of a long evolution from the days, as recently as the 1990s, when American planners saw  European defense forces as undermining the Alliance.

While irrational now, that fear was held with good reason. France — a founding NATO member that removed itself from the command structure in 1966 — certainly saw the EU force as a counterweight to the US-dominated Alliance.   But that barrier was removed last year when France re-joined as a full partner.  Indeed, a French general, Stéphane Abrial, now commands NATO’s Allied Command Transformation (ACT) in Norfolk, Virginia.  In his recent speech to the Atlantic Council, Abrial dryly observed, "Had anyone told me 10 years ago that I would be in that capacity today, I would have waited patiently for the punch line to a joke."

Abrial is doing more than symbolically representing his country’s renewed role in the Alliance.  He’s actively working to find ways to cooperate more fully with the EU.  He notes that "the forces in Atalanta, the EU counterpiracy operation, naturally take advantage of NATO’s standards and procedures, which have become a gold standard for interoperability. Similarly, the European Defence Agency is leveraging NATO work in counter-IED doctrine, net enabled capabilities or maritime situational awareness."

But that’s a function of overlapping membership, not active cooperation.  And that must change, Abrial declared: "I also wholeheartedly agree with Secretary Clinton, who recognized the European Union as an essential partner for NATO. The common security and defense policy is now a reality, but it is still not properly factored into our calculations. It makes little economic or operational sense for NATO and the European Defence Agency not to better coordinate our efforts."

So, how to move forward?

"I am therefore working actively on this front within the framework and procedures agreed by EU and NATO and I enjoy regular and productive meetings with Alexander Weis, the agency’s chief executive, and his team. I am evermore persuaded that both organizations and their member nations have much to gain by better synergizing their resources and complementary fields of expertise like chemical, biological and nuclear detection, unmanned aerial vehicles, helicopters and so on and so forth."

Pressed by Atlantic Council president and CEO Fred Kempe on how to make this happen, though, Abrial admitted that, "Now, we have this political deadlock between the two organizations. Honestly, from my side, I cannot do much to solve it and I have, of course, to stick, as I mentioned to the framework and procedures which the two organizations have agreed upon, which gives me some freedom to maneuver. And I’m trying to explore as much as I can, how we can get closer together – again, within a very constrained framework."

Specifically, "when there are two organizations, we cannot exchange information freely. It’s something which hampers our cooperation, as you can imagine. So we have to find ways to discuss, to push forward some projects. But as soon as we enter the classified world then we do have a problem."

Asked by Atlantic Council board member Robert Hunter, a former U.S. Ambassador to NATO (and author, with  Sven Biscop, of "The U.S., NATO and the EU: Partnership in the Balance") about the possibility of dual-hatting Abrial’s transformation role across NATO and the EU, Abrial was not optimistic.   "In each nation, we don’t have two sets of capabilities, two different institutions. We have only one set.  But the capability development processes in both institutions are so different, so cumbersome. Timing is not the same. Vocabulary is not the same. It’s very difficult for each nation to deal with these two processes. On the other hand, they cannot be, in my mind, totally reunited since the missions aren’t the same. But they could be synchronized."

Asked by Lara Marlowe of the Irish Times whether "the main impediment to this the membership of neutral countries like Ireland in the European Union? And if not, what are the political impediments to this cooperation?"  Abrial assured her that, no, the neutral countries weren’t a problem.  Rather, "there are differences in the membership in the two organizations and it is due to these differences that the organizations cannot work together because some nations in NATO on one side, in the EU on the other side, disagree to this cooperation. So they cannot go beyond it. We have to solve this political deadlock."

What the general would not say directly, of course, is that, while Greece and Turkey have been members of NATO since 1951, Turkey has thus far been kept out of the EU, of which Greece has been a member since 1981.   Oh, and Cyprus has been in since 2004.

NATO’s civilian leader, Anders Fogh Rasmussen, has been a bit more direct.  Speaking last August in Ankara, the Secretary General called on Greece and Turkey to resolve their differences. He declared, "At the moment, the problem is the absence of an agreement on security between the EU and Turkey. In addition, NATO couldn’t have an agreement on a security deal with [Greek] Cyprus."  He added, "I hope that during my term, we will see an improvement in relations between two very important allies: Turkey and Greece. While these are bilateral issues, the effects of these tensions are felt far beyond, NATO-EU relations being the most obvious."

There’s little reason to hope things will change any time soon, however.