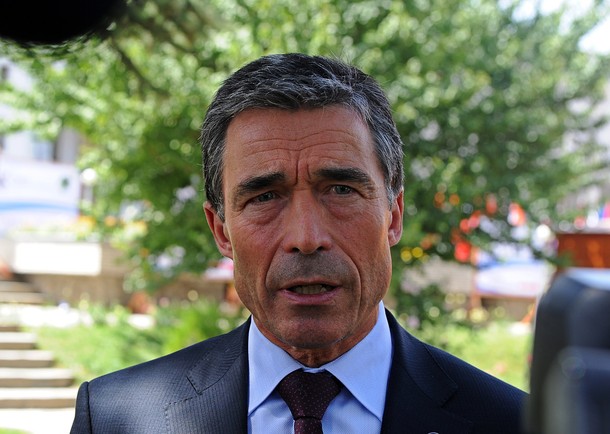 Ian Brzezinski, a deputy assistant secretary of defense for Europe and NATO policy during the George W. Bush administration, has spent more than two decades in public service, much of it working on military issues between the United States and Europe. His work has earned him medals of commendation from the governments of Poland, Lithuania, Latvia, and Romania. He recently joined the Atlantic Council, a Washington think tank that studies trans-Atlantic relations, as an expert on NATO, the 28-nation political-military alliance. President Obama and the other NATO leaders plan to hold a summit in November in Lisbon, Portugal, to discuss how NATO will handle security threats in the 21st century. In addition to discussing the war in Afghanistan, the alliance’s first military undertaking outside of Europe, the leaders are expected to approve a new "strategic concept" to guide NATO’s future missions. Brzezinski talked with U.S. News recently about the outlook for the alliance. Excerpts:

The unpopular war in Afghanistan may be NATO’s greatest challenge since the end of the Cold War, leading some to question its continued relevance. Does NATO have a future?

In five or 10 years, if we’re lucky and things are handled wisely, we’ll have a vibrant alliance that probably includes a few more European countries. NATO will definitely have a deeper and more global network of relationships. Personally, I would also like to see more of our partners engaging in these difficult military operations.

Why is there so much skepticism about that vision of NATO?

The alliance is struggling in Afghanistan. Of course, no one wants Afghanistan to fall back into the abyss that it was in prior to 2001. But it’s also a credibility challenge for the alliance. Will NATO adapt to the hybrid challenges that the 21st century presents? In the background, the economic crisis is also in play. The crisis has resulted in many of the European countries in NATO, such as the United Kingdom and Germany, deciding to undertake austerity measures that include cuts to defense spending.

Reductions don’t always mean a reduction in capability. Sometimes cuts actually mean an improvement in capabilities. If there are cuts, for instance, to a standing home guard with limited mobility in favor of an expanded force that has greater mobility, that’s a net gain—especially when there are additions made to a force’s expeditionary or communications capabilities. But, in this environment, the biggest challenge for the alliance is to handle this economic crisis in a way that generates more military cooperation and negates the perception, if not the reality, of budget cuts that leave the alliance militarily emasculated.

What’s the background to the upcoming Lisbon summit?

The summit is a big public relations event, especially since the last summit was not a historic high point. At the 60th anniversary summit in Strasbourg, France, in 2009, many alliance members were welcoming the end of the Bush administration era, and the Obama administration officials felt that they could just sweep in and get what they wanted from NATO. It left both sides disillusioned. Lisbon is, in many ways, a makeup summit.

What will you be watching for?

I’ll be looking for a demonstration of commitment on Afghanistan. It’ll be a demonstration of leaders’ willingness to convince their publics that this is a valuable and important mission, and the language that they use will be important. I sometimes fear that words like "transition" are becoming synonymous with withdrawal. If you hear that the Afghans need to take on more responsibility and local control, that’s fine. But it’s unreasonable to think that by 2011 that is going to happen in any decisive way, based on what we see on the ground. For alliance leaders to be emphasizing transition as the central theme of the summit would be a mistake. Commitment will hopefully be an important and core message.

What about shifting the perception of irrelevance?

If you are expending treasure and blood, and the general public doesn’t understand why, then NATO is going to run into problems. Publics in Europe and the United States are questioning why the alliance is important. The reason is that it is the only multilateral organization that has successfully and consistently exercised interoperable military force.

Interoperability has to be appreciated by the general public, and NATO does a bad job of selling it. There are three recent examples where it missed the opportunity: the tsunami, the Georgia crisis, and Haiti. It always amazed me that Europeans sent tsunami aid and the United States sent tsunami aid, but NATO didn’t respond. The Georgia crisis is another example. The European Union initiated peace negotiations [between Georgia and Russia], NATO didn’t even meet to discuss the situation, presumably because a NATO meeting would have spooked the Russians. The Haiti earthquake response was another instance where NATO wasn’t used. That wasn’t just a missed political opportunity, but a missed opportunity to deploy assets to those in need. The Europeans were there, the Americans were there, but not NATO. That’s never been explained. [See photos from the aftermath of the Haiti earthquake.]

Yet, NATO has been used to great effect in some cases.

Katrina is an opposite example [where NATO shipped in relief aid]. A well-received response to a natural disaster. NATO has to think along those lines—to see that military assets can be for immediate use in non-military scenarios. One way that this can happen is with closer relations with the European Union. The Europeans, in general, feel that domestic, non-military agencies should be in charge of these relief operations. In reality, that denies the central fact that the military forces are often in place and capable. Use them.

How are NATO-European Union relations?

The Europeans still appreciate the security, but they also chafe at the sense that NATO is used as a means of American leverage over their policies. This, too, reflects the changing landscape in which the alliance operates. This is not the NATO of the 1960s when there was an ever-present threat: Russian tank engines murmuring and military ground forces ready to pour through Germany’s Fulda Gap region. Now, there are no such apparent ever-present threats. But that doesn’t make NATO any less relevant. Indeed, it makes NATO more relevant in many ways to deal with diaphanous threats like terrorism and the proliferation of weapons of mass destruction. Also, compared with the post-World War II years, the alliance is now composed of mature democracies that have to get consensus from their people. That’s a positive reality, but it means that NATO must work harder to showcase its successes. In the end, it provides an important military capability that the trans-Atlantic community needs, in addition to its economic arsenal, its political arsenal, and its cultural arsenal.

Ian Brzezinski is a Senior Fellow in the International Security Program and is on the Council’s  Strategic Advisors Group (SAG). He brings to the Council and its International Security Program over two decades of experience in U.S. national security matters having served in senior policy positions in the Department of Defense and the U.S. Congress. Photo credit: Getty Images. This interview was first published by U.S. News & World Report.