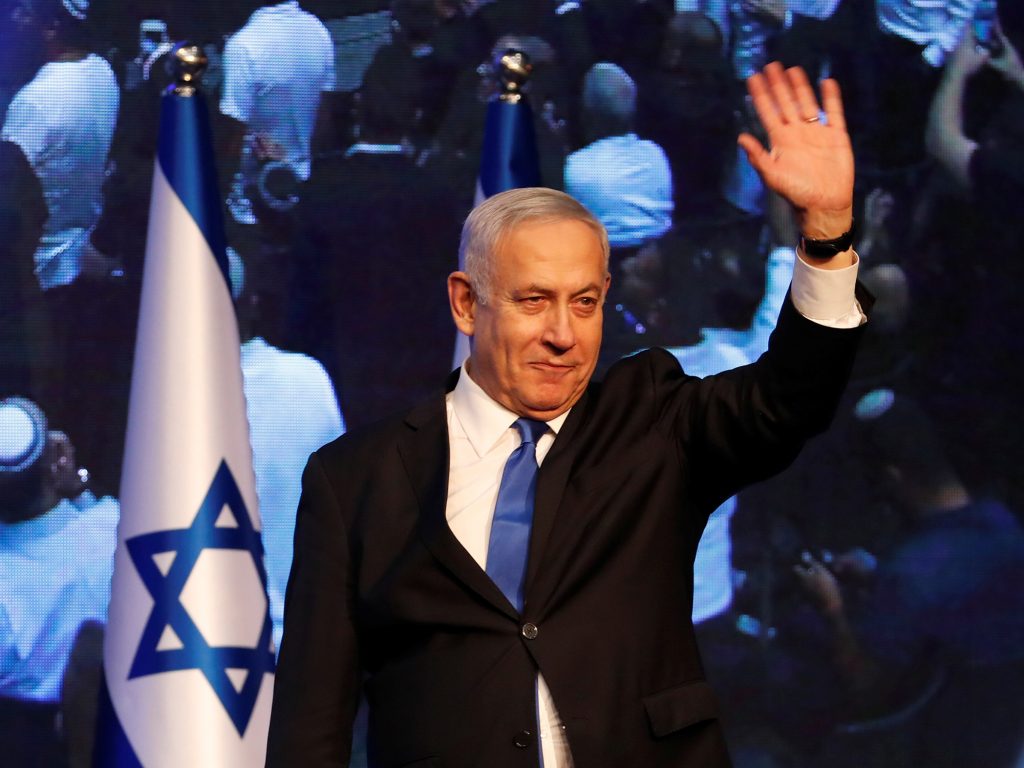 Israel’s raucous election season—culminating in the country’s second ballot in under six months—ended on September 17. Results were disappointing for the incumbent, Prime Minister Benjamin Netanyahu, but still inconclusive. The next phase, during which the parties to the 22nd Knesset will “slam dance” their way to a new coalition government (or alternatively, to a third vote), promises to be no less tortuous. And with the Jewish High Holidays beginning in short order, the process could extend potentially for months.

The fitful campaign began sluggishly, with the Israeli public suffering from political fatigue and more interested in their summer vacations, before picking up steam in September. Issues of religion and state—most specifically, disputes surrounding legislation to draft Ultra-Orthodox Jews into the Israel Defense Forces—catalyzed the spiral which sent Israelis back to the polls, but in the home stretch, the frame would shift at whiplash-inducing speed.

Disclosures of secret Iranian nuclear weapons facilities, promises of extending Israeli sovereignty to West Bank settlements, warnings of imminent military operations in Gaza,  and reports of a mutual defense treaty with the United States were among the features of Netanyahu’s bid to seize the narrative. Hovering over the entire discourse was the fundamental question of whether Netanyahu himself should be granted another term in office.

Numbers remain the key to unlocking victory. Parties engaged between themselves in a series of mergers and acquisitions in the hopes of preventing their possible descent below the 3.25% electoral threshold—which would result in their votes being discarded entirely and thus, lost to their host Right or Left bloc. The far-right Jewish Power party, which ran alone, appears so far to be the only faction to have suffered this fate. Emergency meetings which almost all parties convened late on election day to bring out the vote were rewarded by unexpectedly high voter turnout of 69.4%—a 1.5% increase from April. Final tallies are days away and will dictate the way forward, but the horse-trading begins now.

Politicians and pundits are already pondering the terms of Netanyahu’s “surrender,” but no candidate can craft an obvious path to power. Exit polls, notorious for their inaccuracy, might yet prove wrong in their indications of Netanyahu’s demise. Meanwhile, Benny Gantz, leader of the Blue and White party which may capture the largest vote count, has stated explicitly that he would prefer to join a national unity government with Netanyahu’s Likud party—but only if Netanyahu, facing indictment on corruption charges, is deposed as prime minister. (Netanyahu will be loath to concede defeat and face his impending hearing with Attorney-General Avichai Mandelblit as a private citizen.) Avigdor Liberman, head of the Israel Our Home party and presumed kingmaker, has declared that he will join only a unity government that excludes religious parties. Cobbling together a ruling majority—as opposed to more attainable blocking majorities—will be excruciatingly difficult under these circumstances and preconditions.

The next move belongs to President Reuven Rivlin, who will soon summon representatives of the parties and solicit their recommendations for Israel’s next prime minister. Rivlin has discretionary authority to nominate a candidate to this task, but is bound conventionally to favor the Knesset member with the best chance of succeeding at building a coalition. This procedure could evolve in any number of ways.

Original expectations of a Netanyahu triumph foresaw members of Blue and White enticed to peel off from their mothership and join a Likud administration. That seems unlikely now, given the apparent outcome of the voting. With the tables turned, senior Likud officials could be the ones who have to decide whether to rally behind Netanyahu or to try unseating him and making a deal with Gantz. Whether the Joint Arab List—which one poll has forecasted as winning fifteen seats in parliament, and whose leader, Ayman Odeh could become conceivably its opposition leader—taps Gantz to form a government or makes no (or another) endorsement could also impact on Rivlin’s calculus.

No matter how this plays out, the coming period does not bode well for stability in a deeply divided Israel. Almost any coalition—with the exception possibly of a rotation agreement between the two anchor parties—that might emerge will be inherently fragile with disparate interests pulling in different directions. And although President Rivlin has pledged to leverage the full force of his office to avoid a repeat election, political dynamics could even ordain a third ballot if parties refuse to show flexibility and make compromises on their demands.

Looming on the horizon is US President Donald J. Trump’s Middle East peace plan which, according to Netanyahu, will be released “immediately” after the September 17 election. Netanyahu, whose relationship with Trump has been exceptionally close, campaigned as the Israeli leader best positioned to negotiate the package with Trump. That remains to be seen, but one thing is certain: should the blueprint indeed be published at this time, it would inject a whole new level of volatility into an Israeli body politic that is already in turmoil.