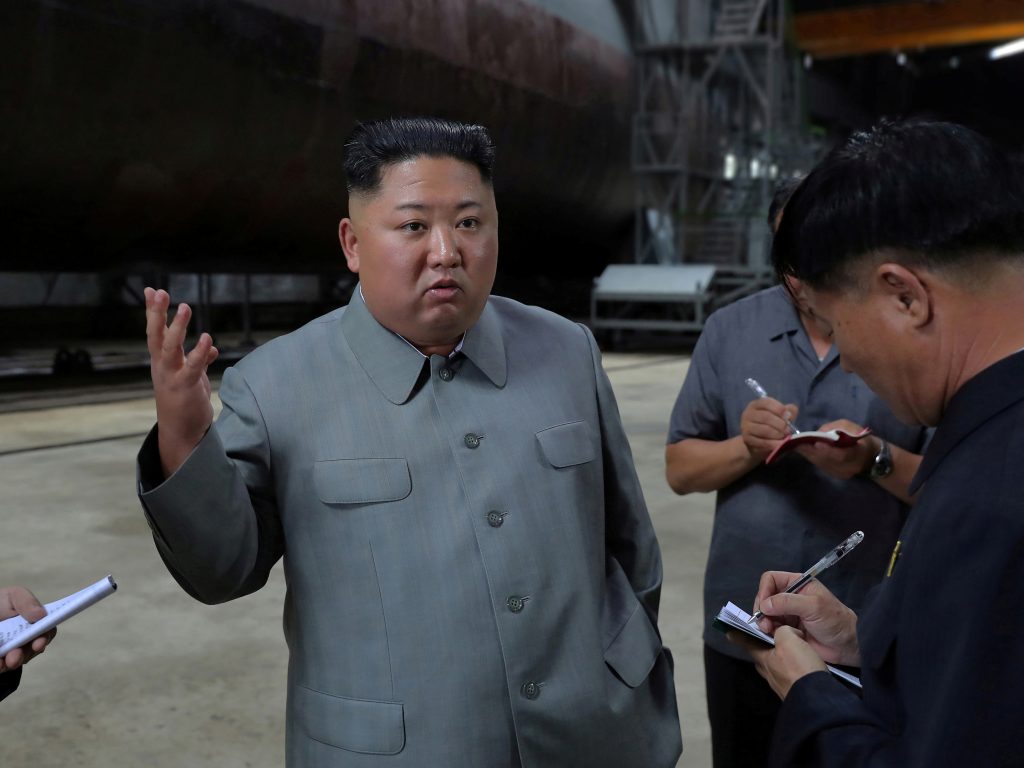 New missile launches from North Korea could derail US President Donald J. Trump’s attempts to restart talks on Pyongyang’s nuclear program. The tests are “another sign that [North Korean leader] Kim Jong-un believes he has the upper hand over Trump and that the administration’s ‘maximum pressure’ strategy isn’t working,” according to Alexander Vershbow, an Atlantic Council distinguished fellow and former US ambassador to South Korea.

According to South Korean officials, two short-range missiles were fired from the east coast of North Korea on July 25, landing harmlessly in the sea. Seoul has suggested that these missiles could be a “new type of missile,” design but likely are in violation of UN Security Council resolutions barring North Korea from testing ballistic missiles.  In addition to the tests, North Korea released images on July 23 of a new submarine, which could be large enough to carry nuclear-armed missiles. The July 25 missile tests are the first reported since several other short-range missiles were fired on May 4.

The missile test comes as US National Security Advisor John Bolton is in South Korea and just days before a planned military exercise involving US and South Korean troops in August. The test of the missiles “appear[s] to be an attempt to pressure the United States and South Korea into canceling or scaling back their upcoming military exercises, which are vital to the combat readiness of the [Republic of Korea]-US alliance,” Vershbow said.

North Korea’s Foreign Ministry said on July 16 that any military exercises between South Korea and the United States would be “clearly a breach,” of the agreement Trump made with Kim in Singapore last June. They further suggested that North Korea could “reconsider” its decision to pause tests of nuclear weapons and intercontinental ballistic missiles in response to the exercises. Pyongyang also maintains that Trump reiterated his commitment to pausing US-South Korean exercises when Trump made his historic step into North Korea on June 30.

But Pyongyang is misreading the United States’ promises, Robert Manning, a senior fellow in the Atlantic Council’s Scowcroft Center for Strategy and Security, noted. While North Korea argues “that Trump is breaking a pledge to suspend exercises, it was not a deal, but a unilateral move.” The joint statement from Singapore does not mention joint exercises, but Trump did announce last June that he would suspend US-South Korean exercises, leading to the cancellation of major exercises this spring.

South Korean official Choi Jong-kun argued on July 20 that the exercises in August should not concern Pyongyang as “the nature of the exercise is not offensive…[but] is for strengthening the alliance.” Manning added that Pyongyang’s response to the perceived slight was also disproportionate. “Military exercises necessary for an alliance can’t be equated with North Korea missile tests, which are banned by UN Security Council resolutions,” he said.

While discussions between the United States and North Korea were supposed to jumpstart after the June 30 Trump-Kim meeting, there has been no tangible progress made. “At the recent [demilitarized zone] meeting, Kim committed to holding senior level working talks within three weeks,” Manning explained. The new military exercises now give Pyongyang “a convenient excuse” to back out of this commitment, he added.

Vershbow agreed, saying that “together with North Korean threats to end their moratorium on tests of nuclear weapons and long-range missiles, it suggests that Pyongyang believes it can extract unilateral US concessions before it fulfills its commitment to resume working-level talks on denuclearization.”

Todd Rosenblum, a nonresident senior fellow in the Scowcroft Center for Strategy and Security, argued that the July 25 tests were a “relatively modest [action] along the North Korean messaging spectrum,” which “should not and likely will not have much impact on current negotiating efforts.” Rosenblum noted, however, that these efforts now seem to be “focused on preserving the status quo,” rather than making tangible progress towards denuclearization.

Speaking at the Atlantic Council on June 19, US Special Representative Stephen Biegun admitted that discussions with Pyongyang had been in “a holding pattern” since the failed summit between Trump and Kim in Hanoi in February. The primary road block, he explained, continues to be differing definitions about what will meet the goal of “complete, verifiable, and irreversible denuclearization.”

In an effort to restart the dialogue, “the United States has hinted at new flexibility on easing sanctions if progress on denuclearization occurs,” according to Manning. But, Manning argued, the fact that this offer has been met with silence from Pyongyang calls into question Kim’s actual commitment to pursuing denuclearization.

“The point of diplomacy is to test offers and ideas, explore counter-offers, and find a balance of interest,” Manning said. “So it is reasonable to ask, if Kim won’t even do that, is he serious about denuclearization? Or is he just playing Trump for a fool?”

Related Experts: Robert A. Manning and David A. Wemer