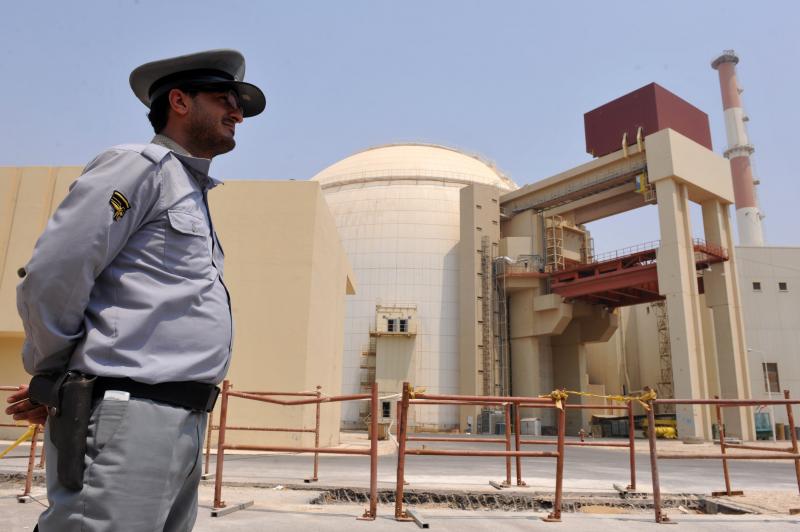 European countries are imposing unprecedented sanctions against Iran in part in hopes of preventing an Israeli attack on Iranian nuclear installations that could further destabilize the Middle East and wreak havoc on the global economy.

The decision Monday by the European Union to phase out purchases of Iranian oil by Jul. 1 is timed to US legislation that has the same deadline for sanctions against foreign banks that continue to do business with the Iranian central bank. However, European and US experts on Iran cite the fear of a new war as a key reason for the EU decision.

“The French administration is worried about Israel attacking Iran this year,” a French researcher, speaking on condition of anonymity because he advises the French government, told IPS Wednesday.

British Foreign Secretary William Hague, answering questions Tuesday in the House of Commons, said the new sanctions are designed to “to lead us away from any conflict by increasing the pressure for a peaceful settlement of these disputes.”

The EU decision reflects Israeli success in pressuring both the United States and Europe. Israeli officials have repeatedly called for “crippling” sanctions against Iran, suggesting that might forestall their use of military force against Iran’s nuclear facilities – and collateral damage in terms of sharply higher oil prices and increased regional instability.

There is particular concern that Israel might act in 2012 out of concern that Iran is nearing nuclear weapons capability and in the belief that the Barack Obama administration would be obliged to support Israel in a US presidential election year.

Stuart Eizenstat, who negotiated with Europeans a decade ago after the US Congress first enacted sanctions that sought to penalise foreign oil companies doing business with Iran, told IPS Wednesday that the EU turnaround was “remarkable and stunning…given where they were on sanctions in general and Iran in particular.”

Eizenstat credited the Obama administration’s success in “multilateralizing” the dispute, building on the basis of UN Security Council resolutions initiated by the George W. Bush administration.

Eizenstat, who co-chairs an Iran task force of the Atlantic Council, a Washington-based think tank, added that the current US government has benefited from a dual track policy of extending “the hand of friendship along with the club of sanctions”.

Europe’s willingness to deprive itself of Iranian oil at a time when it is facing a possible new recession is also the result of Iran’s actions, particularly since the disputed 2009 presidential elections.

Iran’s government, once practiced at driving a wedge between the United States and Europe over policy toward Iran, has instead united them by accelerating its nuclear programme, abusing human rights and targeting European nationals and the staff of European embassies.

Accusing Europeans of fomenting anti-government protests, the Iranian government in 2009 detained several Iranian staff of the British embassy, a British-Greek journalist and a French academic.

Last January, Iran executed a Dutch-Iranian woman, Zahra Bahrami, a rare use of capital punishment against a dual national. Bahrami was arrested during the post-election disturbances and subsequently convicted of being a drug smuggler.

At the same time, Iran has continued to enrich uranium to higher levels and earlier this month began enrichment at a facility near Qom that is burrowed into a mountain and less vulnerable to attack.

“There has been a hardening of the European position, that’s for sure,” Anne Penketh, programme director of the British American Security Information Council, a think tank that seeks a nuclear weapons-free world, told IPS.

Penketh pointed to the leading role of France under President Nicolas Sarkozy in pushing for more concerted European action against Iran. At times, Sarkozy – who is also running for re-election this year – has been even more hawkish than President Obama.

The French expert on Iran attributed the tough stance to Sarkozy’s personal political views and to Iranian actions, including the detention of French academic Clothide Reiss. Reiss spent six weeks in Tehran’s notorious Evin prison in 2009 and was forced to remain in Iran for nine more months after being convicted of spying.

Eizenstat said that the combination of Sarkozy and the leaders of Germany and Great Britain has been crucial in building a consensus against the Iranian nuclear programme. Europe, Eizenstat said, fears that an Iran with nuclear weapons would “unravel the entire nonproliferation regime”.

He added that “there was and is genuine concern that if they didn’t go this way on sanctions, there was a real threat of an Israeli military strike.” The consequences of a European oil embargo on Iran pale in comparison to those of a new war, which would be “catastrophic”, Eizenstat said.

Writing in an upcoming article for The New York Times Magazine, Ronen Bergman, an Israeli journalist and expert on Iran, added to the media drumbeat by predicting an Israeli strike on Iran in 2012.

Asked if Israeli threats of military action were designed to produce an oil embargo, Eizenstat said the Israelis “are legitimately planning it (military action) but are aware of the grave risks. They have played their hand with considerable skill.”

In his State of the Union address to the US Congress Tuesday night, President Obama took credit for Iran’s growing isolation.

“Through the power of our diplomacy, a world that was once divided about how to deal with Iran’s nuclear programme now stands as one,” he said.

While repeating that the US would “take no options off the table” to prevent Iran from developing nuclear weapons, the president asserted that “a peaceful resolution of this issue is still possible, and far better, and if Iran changes course and meets its obligations, it can rejoin the community of nations.”

There have been no negotiations with Iran for over a year and optimism about a renewal of talks is limited. Despite statements by Iranian officials that they are ready to return to negotiations, the Iranian government has not responded in writing to a letter last October from the chief European official in charge of foreign policy, Catherine Ashton.

The United States and its partners in the so-called P5+1 – the five permanent members of the UN Security Council plus Germany – are discussing what they might propose to Iran should new negotiations take place. The most urgent demand is for Iran to stop enriching uranium to a level of 20 percent U-235, the isotope necessary for nuclear explosions.

However, the US and its partners have not decided what to offer Iran beyond fuel for a reactor that produces medical isotopes.

A hard-line Iranian newspaper, Keyhan, defiantly suggested Wednesday that Iran immediately cut off oil sales to Europe, which in the past has purchased about 18 percent of Iran’s oil exports. Keyhan also repeated Iranian threats to close the Strait of Hormuz, through which 20 percent of world oil supplies pass.

Other Iranian media were more sober, reflecting a deepening economic crisis that has seen the Iranian currency, the rial, lose more than half its value in recent months. The newspaper Javan, according to a translation by Mideast Mirror, called the new sanctions “a planned conspiracy, which we need to deal with wisely and cautiously and not provide opportunity to our enemies.”

Barbara Slavin is a senior fellow at the Atlantic Council and member of its Iran Task Force, former senior diplomatic reporter for USA Today and former Mideast correspondent for The Economist. This article originally appeared on IPSNews.net.