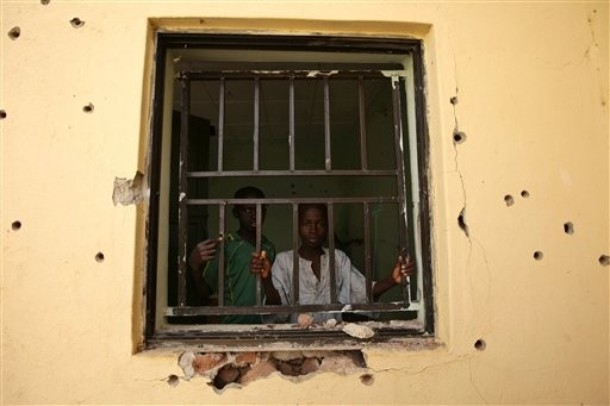 The 7 March attempt to free Briton Chris McManus and Italian Franco Lamonilara from Nigerian kidnappers by Britain’s Special Boat Service (SBS) and Royal Marine Commandos British ended in failure. Tragically, both men were killed by their captors. The Italian President has attacked London for launching the raid without informing Rome prior to the operation.

Regular readers know that I have my issues with what I regard as Prime Minister Cameron’s lack of strategic vision and his tendency to cave in to London’s supine officials at key strategic moments, particularly over Europe. Not on this occasion. The ‘go’ decision took real steel. These operations are always intelligence-led and sometimes action must be taken at very short notice. Moreover, there are a thousand things that can go wrong in what are by definition extremely high-risk operations.

Of course I deeply regret the killing of the two men and my heart goes out to their families. However, there is a deeper point; once again British forces put their own lives on the line to save the lives of others. I can understand Italy’s frustration as London and Rome are close. However, the Italian government may also wish to reflect on the dangers British and Nigerian forces were willing to face to free their citizen.

There is also a wider point that informs the future of Britain’s armed forces. The very fact that Britain could put a significant force of very specialized troops into Nigeria is a significant precedent that must be factored into the 2015 Strategic Defence and Security Review. Britain’s twenty-first century military must be built around a small but very specialized professional army, deliverable and protectable by small but global reach naval and air forces of the highest quality centered on the two new super-carriers HMS Queen Elizabeth and HMS Prince of Wales.

To realize such an ‘influence force,’ Britain’s political class will have to lift itself out of the mire, nay the cult, of self-imposed decline into which it has fallen. Indeed, the decline management culture that pervades Westminster and Whitehall was reflected in last week’s House of Commons review of the National Security Strategy in what was otherwise a solid report. As per usual, the politicians simply accepted Britain’s decline as a fait accompli. Yes, it is true Britain will have to confront a twenty-first century world in which new actors emerge. However, London’s political class routinely exaggerate the strength of others, and routinely exaggerate the weakness of Britain. This is supported an elite bureaucratic class that too often questions Britain’s right to strategic influence and to keen to appease reality.

Thank you for making a tough but correct call Prime Minister. I am sorry it did not work out as planned.