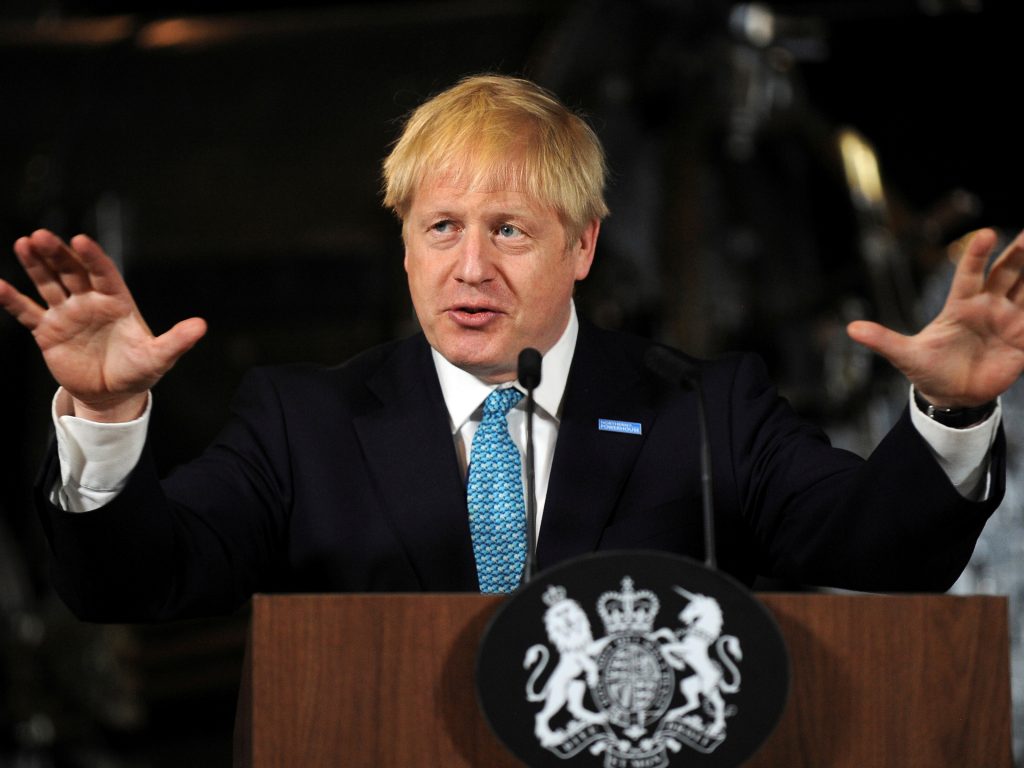 Brexit has returned to the headlines with a vengeance since British Prime Minister Boris Johnson’s victory in the Conservative Party leadership contest. A “no deal” Brexit—the UK leaving the European Union without a withdrawal agreement—combined with a possible general election is now an increasingly likely scenario in the next three months. The new prime minister’s pledge to leave the European Union “come what may” by the October 31 deadline, the UK Parliament’s strong opposition to his plans, and the European Union’s growing impatience all point to this being the Brexit endgame.

Johnson’s political honeymoon lasted a matter of days. On visits to Scotland and Northern Ireland last week—seeking to allay fears that the union is in peril—he received frosty receptions from voters and politicians alike. An August 5 poll found that a majority of Scots now support independence. A by-election defeat on August 1 reduced the Government’s effective parliamentary majority to just one seat. The UK Treasury has set aside an additional £2 billion fund for no deal preparations.

Financial markets are swiftly repricing the greater odds of a messy exit. The pound collapsed to a two-and-a-half year low against the dollar on August 1. UK government bonds have rallied, with ten-year yields touching record levels on August 5, as domestic investors buy up safe assets.

Traders are worried about both the short-term disruption and longer-term economic repercussions of no deal: Rabobank, for instance, estimates that such a scenario would cost the UK economy 18 percent of gross domestic product (GDP) growth until 2030 compared to remaining in the EU. A leaked government memo on August 1 emphasized the immediate costs, including “potential consumer panic and food shortages,” as well as threatening peace in Northern Ireland.

The Government’s stated priority is to seek a renegotiated withdrawal deal with the EU that addresses contentious parts of former British Prime Minister Theresa May’s deal—rejected three times by Parliament—particularly the Irish backstop, which seeks to avoid a hard border between the Republic of Ireland and Northern Ireland. However, the EU has ruled out reopening the divorce deal; Irish Prime Minister Leo Varadkar has reiterated that the backstop is non-negotiable. The EU’s chief Brexit negotiator, Michel Barnier, has labelled the new prime minister’s proposals “unacceptable.”

Some observers hope that the UK and the EU can agree on cosmetic changes to May’s deal or the non-binding political declaration, which Johnson can then sell to Parliament. Should this strategy fail, Johnson has promised to pursue a no deal exit.

Parliamentary Opposition to No Deal

As May discovered, the perilous arithmetic in Parliament means Johnson must walk a legislative tightrope. His slender majority depends upon the support of the pro-Brexit hardliners of the Democratic Unionist Party (DUP). Likewise, the Euroskeptics in his own party, such as the European Research Group (whose support helped him win the leadership contest), are sensitive to anything that seems like a softening of his stance.

Pro-European Tories such as former Chancellor of the Exchequer Phillip Hammond, on the other hand, are resolutely opposed to no deal. Tellingly, Hammond has refused to rule out voting against the Government in a no confidence motion to prevent that outcome. The major opposition parties are lined up against leaving without agreement.

Parliament is in recess until September 3, leaving it with a race against time to block a hard exit on its return. Party conference season, beginning September 14, will eat up further time and attention. While there is a clear majority opposed to no deal (demonstrated most recently by the July 18 vote against suspending Parliament to force through no deal), it is not yet clear that sufficient support can coalesce around any one means of preventing it—such as amending Brexit-related legislation, bringing a vote of no confidence, or, more dramatically, revoking Article 50 or calling for a second referendum.

Simply extending Article 50 once again would require the consent of the other twenty-seven EU member states, which cannot be guaranteed. Patience is wearing thin across the Channel. French President Emmanuel Macron and Dutch Prime Minister Mark Rutte, in particular, have expressed a desire to draw a line under the Brexit saga, even if that means countenancing a disruptive divorce.

As argued in an influential paper by the Institute for Government, a London-based think tank, a committed government can severely constrain member of parliaments’ (MPs) ability to block no deal. Over the weekend, MPs disagreed over whether Parliament still had the procedural avenues to do so. In short, Parliament has little time and few options.

The EU believes Johnson is playing a game of chicken, interpreting his rhetoric and no deal preparations as an attempt to frighten the EU into granting concessions. Johnson, after all, has argued that May’s critical error was failing to convince them that she truly believed that “no deal is better than a bad deal.” European leaders are betting that the UK government will step back from the cliff edge in the coming weeks in the face of public opinion and political realities.

Is a General Election Inevitable?

For now, the EU and financial markets still expect Parliament to be able obstruct no deal. As such, many are now expecting an imminent general election as the most likely way out of the impasse. Parliament might force this upon the Government, perhaps through a confidence vote.

It is also plausible that Johnson proactively calls an election, which would require two-thirds of the House of Commons to vote in favor. Many have interpreted Johnson’s selection of a pro-Brexit cabinet, the return of the architect of the Vote Leave campaign, Dominic Cummings, as an advisor, and Johnson’s lavish spending pledges as positioning for a new vote.

Polls have shown a bounce for the Conservatives since Johnson’s victory. The pro-Remain vote is split between several parties, including the Labour Party and the revived Liberal Democrats. Jeremy Corbyn, Labour’s leader, is more unpopular than the prime minister.

It is conceivable that—given the dynamics of Britain’s first-past-the-post electoral system—a snap election could return a large majority for the Conservatives with just a small plurality of the vote share. Such an outcome would give the Government the parliamentary leeway to depart on October 31 with or without a deal with the EU.

Whether because Parliament fails to prevent it, or because Johnson wins a mandate in a fresh election, no deal seems increasingly likely on October 31. Parliament will have little time—and few levers to pull—to stop a chaotic exit. It promises to be an eventful few months in Westminster.

Nick Brown was an intern with the Atlantic Council’s Global Business and Economics Program. Follow him on Twitter @nickbrown94.