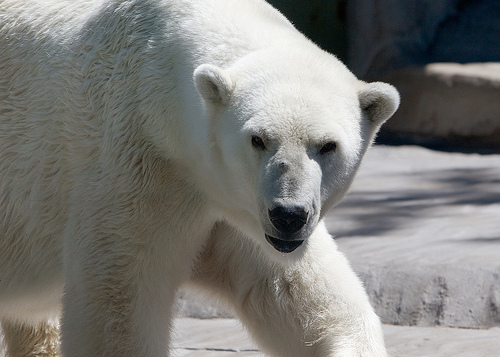 In the nearly two decades since the end of the Cold War, various ideas have been offered up to define the structure of the international system. With the end of the bipolar world as the USSR dissolved, it was fashionable to bandy about the idea of a unipolar world, as Charles Krauthammer dubbed it in a 1990 Foreign Affairs essay. This not just an academic question: your sense of how international affairs work guides your approach to foreign policy.

Now, a new concept seems to have gained currency amongst the foreign policy cognoscenti: nonpolarity. The idea of a nonpolar world was articulated most prominently in a recent Foreign Affairs essay by CFR President Richard Haass, and seems to have increasing cache. This contrasts with a contending view that power is diffusing and the world is becoming more multipolar with the re-emergence of China and India, the petro-powers like Russia, and others such as Brazil, and perhaps in time, Indonesia.

Haass disputes the multipolar assessment, as he argues that this would require a diffusion of power to a set group of three or more actors. Instead, he argues that we are in a world where no single power is running the show, nor is there a discreet group of powers managing the world system, one in which states have a less decisive role. Rather, he suggests a more complex and fluid political universe where traditional realist views may not apply. Not only is there a growing multiplicity of nation-state actors, but he points out that the world is becoming less state-centric. That is to say a potpourri of actors, many of the non-state variety, are increasingly in the mix. This would include terrorists, 24/7 satellite news stations, multinational businesses, the internet and the blogosphere, and the growing legions of NGOs, from environment groups to Doctors Without Borders, to the Gates Foundation, all interacting and impacting global affairs. And not least, all this is amplified by the process of globalization itself, with flows of ideas, money, people and know-how speeding around the globe eclipsing time and space, and impinging upon some of the prerogatives of the nation-state.

In this political stew, it is argued, no one is clearly in charge and the constellation of forces arrayed so multifarious that there are no poles from which to create a balance or concert of power. But this view is only half-right. If the model for a multipolar world is a fixed functioning system as say, the 1848 Congress of Vienna and the five-power concert of Europe, then yes, there is no contemporary equivalent.

But to argue there is no multipolar system is not enough. At this moment in history, there are different arrays of power (and non-state forces) impacting particular issues differently. That is to say, because there is no corresponding fixed multilateral system, does not mean there are not concentrations of power that can shape events and outcomes on different issues. The G20 on financial issues is one example. The six-party talks on North Korea, with a different cast of characters is another. Then there are public-private partnerships (e.g.governments-businesses-NGOs) taking initiatives like arranging affordable HIV/AIDS treatments and malaria pills to less developed countries.

In fact, the reality today is that there are different layers of issues with different actors bringing influence to bear on them. And yes, the nation-state’s role is eroded from above by multilateral arrangements and below by non-state actors – multinational business, global media, terrorists, pirates, NGOs doing humanitarian assistance or economic development. But the state still remains the central actor in world affairs.

Leslie Gelb, former president of the Council on Foreign Relations, in a thoughtful new book, Power Rules: How Common Sense Can Rescue American Foreign Policy, disputes this idea of nonpolarity, arguing that power “is what it always was — essentially the capacity to get people to do what they don’t want to do, by pressure and coercion, using one’s resources and position. . . . The world is not flat. . . . The shape of global power is decidedly pyramidal — with the United States alone at the top, a second tier of major countries (China, Japan, India, Russia, the United Kingdom, France, Germany and Brazil), and several tiers descending below. . . . Among all nations, only the United States is a true global power with global reach.”

While this view perhaps underestimates the impact of all the new non-state forces at play on global politics, and may over-estimates the utility of military capacity, it is closer to the mark. However more complicated it is to exercise power, major powers still are key to how international politics and policies are decided. But questions of credibility, legitimacy and democratic accountability all limit and shape the exercise of power.

The idea of a nonpolar world may be useful, however, for bringing focus to the complexities of the international system, but it is off the mark if intended to characterize this historic transition period we are in. There is a diffusion of power incrementally unfolding. And it is true that history suggests that unipolar systems (think Empires) and bipolar systems like the Cold War tend to be more stable. But simply because there is no obvious over-arching multilateral system, does not mean we are not becoming a more multipolar world.

In fact, looking back over two decades since the end of the Cold War, it has been Ad Hoc multilateral mechanisms, coalitions of the willing and able, most frequently cooperating to deal with a single issue, often that have been most effective. This was the case in the first Gulf War in 1990, in the Balkans, on North Korea, the Tsunami relief effort, and most recently the naval task force in the Horn of Africa combating piracy.

The key challenges ahead (beyond that of fashioning a stable and well functioning international financial system out of the current crisis) are whether more formal institutions can adapt to emerging configurations of power and whether the alleged ‘international community’  —–utilizing either formal or informal mechanisms—can deepen and broaden globalization to those fragile and failing states on the margins of modernity, can meet the challenges of climate change and technological innovation to avoid a world of resource scarcity and environmental degradation.

A world that has a modicum of success in meeting such challenges is unlikely to be a nonpolar one—and far more likely to be one in which leading powers lead, albeit in consultation and cooperation with (and their interests taken into account) second tier actors, however fluid and issue-specific the coalitions may be. And that will undoubtly also require ample involvement with the private sector and NGOs on certain issues.

Robert Manning is a Senior Advisor to the Atlantic Council.  The views expressed here are solely his own, not those of any U.S. government agency.  Photo by Flickr user longhorndave, used under Creative Commons license.