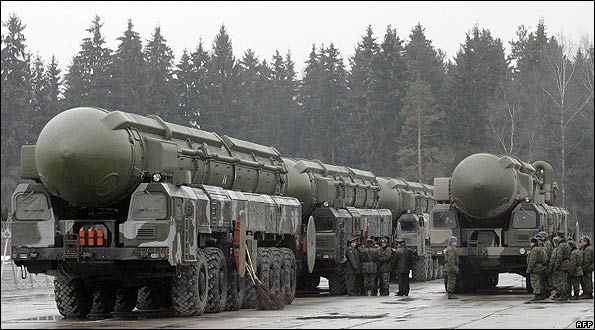 Tallinn, Estonia. Sitting here on the banks of the serene Baltic in a beautiful city founded by eighth century Danish knights it is difficult to imagine the tsunamis of violent history that have washed over this place. And yet, for the past two days I have been discussing a seismic shift in NATO’s nuclear reality that in time could reduce the very ‘sea’ defences Estonians have a right to expect. Right now the tsunami is merely a fast-travelling disturbance in the strategic sea upon the shores of which the Alliance village sits. Yet one day the wave could crash upon these shores with force and venom. NATO’s nuclear future ain’t what it used to be.

NATO has always been a nuclear alliance. Indeed, with Russia a few hundred kilometres to my right as I write this, one is struck by the proximity of the past; only a stone’s throw away. Or is that a short-range nuke away, none of which were covered by the 2009 Strategic Arms Reduction Treaty signed by Moscow and Washington.

Nuclear weapons are still with us, particularly short and intermediate range nukes. And, for an old wonk like me who cut his teeth on the searing tears in detente (wonderful – mixed metaphors!) caused by Euromissiles back in the 1970s and early 80s, deja vu is really all over again. It is a sad fact that our nuclear past still lays ahead of us, although most of we Europeans simply cannot bring ourselves to face it, we are soon going to be back to the future.

The obsession here is of course the neighbours from hell, although in reality the Russian-NATO relationship is as much symbiotic as dangerous – a failing power obsessed with a failing institution. Hard though it is to explain to Estonians (for very obvious reasons) Russia is not the real strategic threat. They bluster and of course occasionally misbehave – that is what the Russians do. However, even the most cursory glance of a map will demonstrate that Russia actually needs the West, offering Moscow its only stable border and source of income.

No, the coming crisis concerns what I call free defence and the role of nuclear forces therein. In other words, the price Americans will demand for Europe’s defence and the extent (or otherwise) NATO Europe is willing to help bear the cost – both actual and political.

Much of the crisis will concern the role and place of American short-range nukes on European soil and the willingness of all the allies to share the burden of nuclear responsibility. There are some two hundred such nukes at present, although I cannot disclose where. If I did so I might have to kill you, or at least bore you to death.

Normally, the reason for nuclear weapons is to offset the weakness of conventional forces. NATO’s future deterrence and defence posture would ideally see the number of nuclear forces reduced, offset by a limited but capable missile defence system, and enhanced and deployable conventional military forces. And yet, NATO’s forthcoming Deterrence and Defence Posture Review (DDPR) faces an almost impossible mission – balancing demands for reduced nukes, reduced conventional forces, and constraints on missile defence with demands for enhanced security and defence. Even for this rather innumerate Yorkshireman NATO’s contemporary strategic equation simply does not add up.

Belgium, Germany and the Netherlands are signalling they soon will no longer permit US nuclear forces on their territory. The ‘De-nuked Three’ join a host of other European allies who are also cutting defence budgets and yet expect the Americans to proceed with missile defence at American expense. I think the Yanks call it chutzpah!

One delegate from a very large central European country that shall remain nameless, but with a fondness for worst, suggested not only the removal of American nukes, but that their defence should be assured by a real missile shield. Although, of course, the interceptors would need to be hosted by the neighbours. A clearer definition of free defence/free-riding I have yet to hear.

In effect, the ‘Du-nuked Three’ (not to mention the relatives) want free US defence, as well as the right to shift the burden of nuclear responsibility onto the three NATO nuclear powers – Britain, France and the US. The lunches were nice in Tallinn, but I do not think they were free.

Thus far, the US Congress has not become too excited over such free-riding. However, with Bin Laden dead the true nature of twenty-first centuryt strategy will emerge and with it the place of the Alliance in America’s global role – which will be Asia-centric. And all of this just when the US finally confronts its budget deficit. I think I will absent myself when that credit card final demand drops on the front door mat of Congress. With no ‘war’ to justify such largesse the role of allies in squaring America’s strategy-austerity circle could well swell from a ripple of discontent at present to become a giant political wave that threatens to engulf the Alliance. Brussels as Atlantis – now there’s a thought.

NATO is built on burden-sharing, which concerns as much the sharing of risk as cost. The US gets very little of either. The Americans are an historically generous people, but they are not stupid. Right now there is a strange calm as the waters of the strategic foreshore begin to retreat ahead of the coming tsunami. And yet the wave marches on.

First, we are moving back into a nuclear world. Iran will get nuclear weapons, North Korea has them, as do several of its Asian neighbours with quite a few more simply waiting to throw the switch if America’s stabilising hand is withdrawn or becomes arthritic. Second, in a globalised world no technology or commodity can be ring-fenced forever. Nuclear technology is now over seventy years old. Third, the archaic 1968 Nuclear Non-Proliferation Treaty (NNPT) is showing all the signs of being swamped by proliferation. The European solution? Build a tsunami defying picket fence of good intentions. That should keep the damp out.

Sooner or later in the absence of the highly unlikely global nuclear zero we will need to re-nuke NATO. If the burden falls disproportionately on the Americans and/or the extended deterrence of the one and a half other NATO nuclear powers (France and Britain) then the Alliance could well fail. Why? Once again solidarity will have failed the test of danger.

(Re-)Nuking NATO – it is on its way…but only after lunch of course.