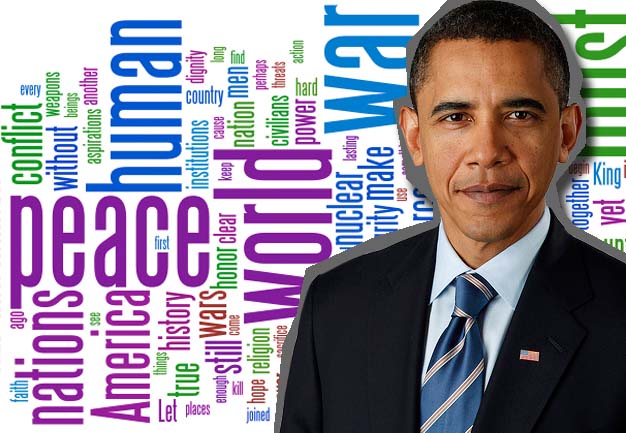 Tufts international relations professor Daniel Drezner is annoyed that the terms "doctrine," "strategy," and "grand strategy" are being used interchangeably in the ongoing debate over whether there is an Obama Doctrine and, if so, whether we can divine it from last night’s speech on the not-war in Libya.

While, like me, he agrees with Dan Nexon that we don’t actually need to have a grand strategy, let alone retcon one out of the Libya mess, Drezner observes, "if I were Obama’s foreign policy team, I’d start thinking very hard about a speech . . . that clearly prioritizes American interests and values.  Because unless the president defines his grand strategy, pundits will be more than happy to define it — badly — for him."

James Joyner is managing editor of the Atlantic Council. Wordcloud via Miller-McCune.