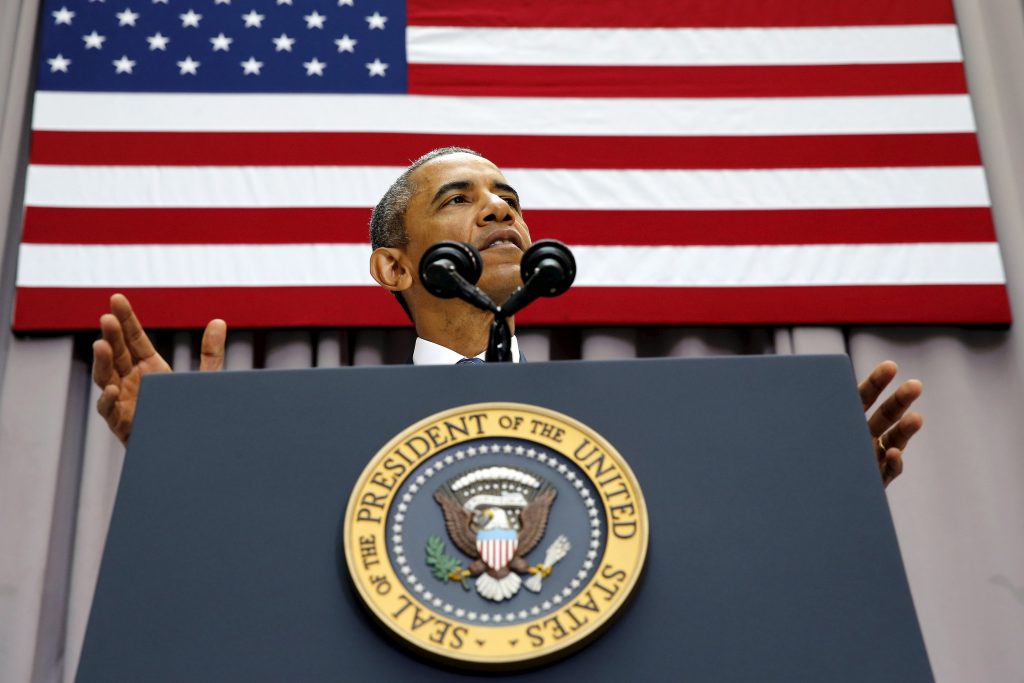 When President Barack Obama was awarded the Nobel Peace Prize shortly after taking office in 2009, he was the first to admit that the honor was premature.

Compared to historical giants like Martin Luther King, Jr. and Nelson Mandela, Obama told the Nobel committee, his own accomplishments had been “slight.”

But as the first US African-American President nears the end of his second term, he has a solid record he can point to, from increasing access to health care in the United States to reducing the US military footprint abroad. The Joint Comprehensive Plan of Action (JCPOA) reached between Iran and the world’s major powers July 14 is his major diplomatic achievement. If fully implemented, it should prevent Iran from developing nuclear weapons and avoid another horrendous conflict in the Middle East.

The drama now turns to the US Congress, which will vote in September on a resolution to disapprove the deal. Obama, speaking August 5 at American University—the same venue where President John F. Kennedy delivered a major address about taking risks for peace with the Soviet Union fifty-two years ago—sought to convince the American people to urge their representatives not to try to block the Iran agreement.

He confidently and passionately defended the JCPOA as “a very good deal” that affords a more “effective, verifiable, and durable resolution” of the Iran nuclear crisis than any other option, including war.  He methodically rebutted criticisms from Republican presidential candidates and other politicians as well as those posed by Israeli Prime Minister Benjamin Netanyahu, who just a day earlier took part in a live webcast with American Jews to urge Congress to vote down what he called a “bad deal.”

“Many of the same people who argued for war in Iraq are making the case against the Iran nuclear deal,” Obama noted, without naming them.  As for Netanyahu’s objections, Obama underlined his administration’s strong support for Israeli security and his view that “a nuclear-armed Iran is far more dangerous than an Iran that benefits from sanctions relief.”  “I do not doubt his sincerity,” Obama said about the Israeli leader, “but I believe he is wrong.”

Indeed, Netanyahu and others who disparage the agreement have yet to put forward a realistic alternative that could be embraced by the international community. With Israel now the only country publicly opposing the JCPOA—which was endorsed unanimously by the United Nations Security Council on July 20—the United States, not Iran, risks isolation if it walks away from the agreement unilaterally.

Obama disparaged those who suggest that US allies that have sacrificed significantly to uphold economic sanctions against Iran would continue to maintain them absent an Iranian violation of the agreement just because Congress says so.  It was only the US’ “willingness to negotiate that rallied the world to our cause,” Obama said, and led the Europeans and Asians to impose sanctions to begin with.  “We cannot dictate the economic and energy policies of every major power in the world,” Obama said. “Walk away from this agreement and you will get a better deal—for Iran.”

Obama was most passionate in discussing the military option against Iran’s nuclear program. While insisting that it remains a tool of last resort, he reminded the audience of the blithe and mistaken assumptions of those who backed the invasion of Iraq a decade ago—a war that ironically, strengthened Iran’s influence in the region.

“Wars in general and in the Middle East in particular are anything but simple,” Obama said.

“The only certainty in war is human suffering.”

The speech was certainly one of Obama’s most eloquent, but it is unlikely that it will win over those who believe that Iran is bent on getting nuclear weapons and that it can, as Netanyahu said on August 4, “have its yellowcake and eat it too.”

Given the partisan nature of US politics and the fact that we are already in a new presidential election cycle, Congress is likely to move forward with a resolution of disapproval when it returns from August recess. It appears unlikely at this point, however, that Congress can muster a veto-proof majority against the deal.

As for Obama, he clearly relishes what he on August 5 called “the most consequential debate” on US foreign policy since Iraq. Although he ostensibly goes on vacation this weekend, he and his surrogates will continue to lobby for the Iran agreement and seek to rally US support. Their opponents will do the same. It promises to be an unusually active August in Washington and it remains to be seen if substance will outweigh sound bites when September comes.

Barbara Slavin is a Nonresident Senior Fellow in the Atlantic Council’s South Asia Center and the coordinator of the Council’s Iran Task Force, which has endorsed the JCPOA while urging vigilant implementation.

Image: US President Barack Obama delivers remarks on a nuclear deal with Iran at American University in Washington August 5. Obama, defending the Iranian nuclear deal against critics, said Iran will be caught if it tries to cheat and build a nuclear weapon. Opponents of the deal have raised concerns that international inspectors would not have unfettered access in Iran under the deal. (Reuters/Jonathan Ernst)