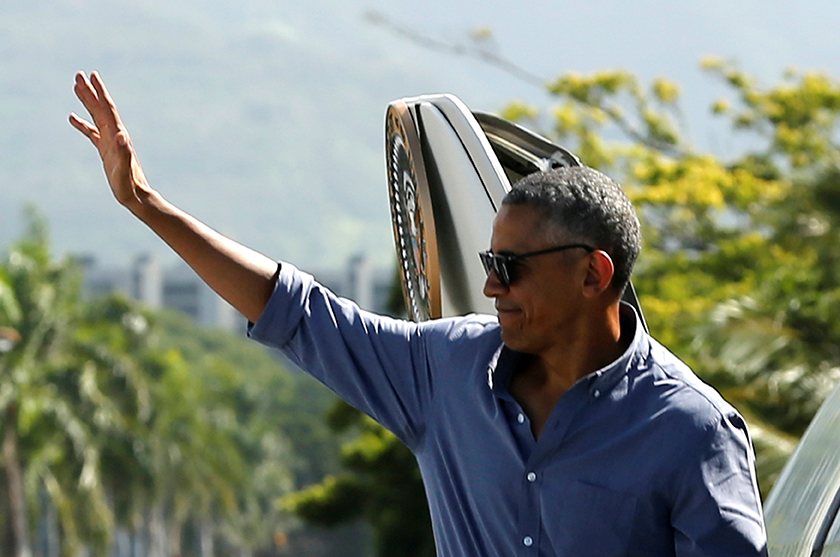 US President Barack Obama’s final official trip to Asia comes amid uncertainty over the future of a signature trade pact aimed at preventing China from setting the rules of global trade and at a time when Beijing has shown an increasing willingness to challenge US power.

Obama, who has described himself as the first Pacific president, will arrive in Hangzhou, China, on September 3 where he will attend a meeting of the leaders of the Group of 20 (G20) industralized nations and also meet Chinese President Xi Jinping.

“All eyes will be on the US-China relationship, by far the most important bilateral relationship in the world, as world leaders congregate in Hangzhou,” said Jamie Metzl, a nonresident senior fellow for technology and national security in the Atlantic Council’s Brent Scowcroft Center on International Security.

Metzl noted that as China’s economy continues to show signs of strain, the G20 meeting will provide Beijing an opportunity to “communicate its plans for badly needed economic reforms that will not only help China, but foster global economic growth.”

“Ultimately, however, China, the United States, and the other G20 states will need to begin finding a way to evolve the post-war international order that maintains and strengthens the pillars of inclusive economic growth and stability while creating better avenues for addressing the interests of rising powers like China and India,” he added.

TPP: US credibility on the line

Robert Manning, a senior fellow with the Scowcroft Center and its Strategic Foresight Initiative, said while in Asia, Obama will “attempt to salvage what he sees as one of his signature foreign policy achievements—the so-called rebalance to Asia, which is hanging by a thread.”

The Trans-Pacific Partnership (TPP), which the Obama administration has described as a central pillar of its rebalance strategy, is floundering. The twelve-nation trade pact has been caught up in election year politics in the United States. Republican presidential nominee Donald Trump opposes the pact and his Democratic opponent, Hillary Rodham Clinton, who as secretary of state had described the TPP as a “gold standard” of trade deals, has backed away from it amid a backlash against global trade.

The Obama administration remains hopeful that Congress will ratify the TPP before the end of Obama’s term in office. However, Senate Majority Leader Mitch McConnell (R-KY) said last month that the deal cannot pass in its current form and will have to be renegotiated by the next president.

“There is a very slim chance that the deal would pass in a lame-duck session after the elections [in November],” said Manning.

“If it doesn’t pass, it will lie on the backburner for quite some time…at least until 2018. That means that US hopes of being a leader on trade issues in Asia are down the drain,” he added.

Manning said the TPP is crucial to deepening US engagement with the Asia-Pacific economy. “There are alternative trade schemes that the Chinese are promoting and if the TPP doesn’t go forward then the Chinese will be the ones that are setting the standards for trade,” he said. “It is a catastrophic blow to US credibility if we are the ones who kill our own agreement.”

The end of ‘peaceful rise’

Tensions have reached a boiling point in the South China Sea where Brunei, China, Malaysia, the Philippines, Taiwan, and Vietnam have competing territorial claims. There are competing claims over rights to exploit possibly vast reserves of oil and gas in the region. The question of freedom of navigation in the region is another point of contention, especially between the United States and China.

“Over the past eight years, China has replaced its former ‘peaceful rise’ policy with a far more aggressive approach to regional relations that has clearly rattled most of its neighbors,” said Metzl.

China’s claims to “historic rights” in the South China Sea suffered a setback in July. The Permanent Court of Arbitration in The Hague ruled that there was no legal basis for China to claim historic rights to resources within the sea areas falling within the “nine-dash line”—this line, which stretches hundreds of miles south and east from China’s southern Hainan province, marks territory claimed by China.

China has dismissed the case filed by the Philippines and ignored the tribunal’s ruling. US Secretary of State John Kerry, on a visit to New Delhi on August 31, called on China and the Philippines to abide by the terms of the ruling. He said there was no military solution to the problem.

“As the global champion of freedom of navigation, the United States will stand firm in support of its principles and partners,” said Metzl.

“If China is to emerge as a global leader, it must find a way to reposition itself as championing an international system that benefits all nations as much as possible,” he added.

Obama and Xi are likely to agree to disagree on the situation in the South China Sea, said Manning, noting that China is getting increasingly active militarily in the East China and South China Seas.

China maintains that its actions, which include land reclamation and the construction of air fields and docks, are peaceful.

Early in his administration, Obama outlined his Asia pivot—a policy intended to shift greater US attention toward Asia. Obama administration officials contend that this policy is not intended to contain China, but such claims are met with skepticism in Beijing.

“The Asia-Pacific is going to be the centerpiece defining the world in the twenty-first century, so I think President Obama is right to focus on the Pacific,” said Manning. “The problem is we have a backlash against globalization and trade in the United States and elsewhere in the West that has made it very difficult.”

Manning noted concern in Asia about the positions adopted by both Trump and Clinton on trade in general and the TPP in particular. “There is a lot of doubt in Asia about the durability of our rebalance and the reliability of the United States in the region,” he said. “Hopefully Obama’s trip will help dispel some of that.”

Climate and cybersecurity are two bright spots in the US-China relationship.

Obama and Xi are expected to formally commit the United States and China to last year’s Paris climate change agreement.

“The problem with climate is that while [the Chinese] have been very cooperative, it has been mostly aspirational,” said Manning.

As long as China remains dependent on coal—and despite the huge Chinese investments in solar and wind energy—there are real limits to how effective China will be in mitigating climate change, he said.

Cybersecurity is another area where some cooperation has occurred. Last year, the United States and China agreed on how to deal with and respond to cybersecurity issues. “[The agreement] has seemed to be somewhat effective in managing this problem,” said Manning. “I wouldn’t be surprised if [Obama and Xi] showcased it.”

Image: US President Barack Obama boards Air Force One at Joint Base Pearl Harbor-Hickam, Hawaii, to depart for a visit to Papahanaumokuakea Marine National Monument at Midway Atoll on September 1. He will travel to China on September 3 where he will attend a meeting of the leaders of the G20 and meet Chinese President Xi Jinping. (Reuters/Jonathan Ernst)