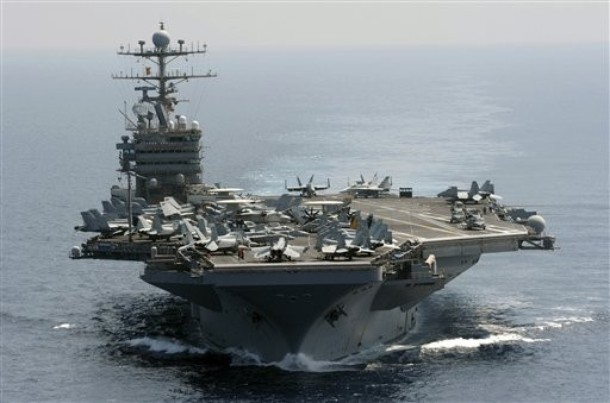 The 2012 presidential campaign, like most, was a frustrating one for national security.

Presidential campaigns are poor places for introducing foreign policy initiatives. And the public’s appetite for detailed discussion of national security issues is limited at best. Richard Nixon’s suggestion during the 1968 campaign that he had a secret plan to end the Vietnam War may have been based, in part, on an understanding of the limited benefits of detailed positions in this area.

The exchange was not unusual for presidential campaigns, and the comparisons Romney made are not uncommon. The challenger seeks to portray the incumbent as having weakened America, and the incumbent counters. Republicans in particular are partial to charging that Democrats have undercut the military, created a “hollow force,” and the like. The usual Democratic response is to argue that the US military is still the strongest in the world, and offer contrasting facts to counter.

“I think Governor Romney hasn’t spent enough time looking at how our military works,” Obama said. Regarding Romney’s naval comparisons, Obama argued “Well, governor, we also have fewer horses and bayonets … we have these things called aircraft carriers, where planes land on them. We have ships that go underwater, nuclear submarines. And so, the question is not a game of Battleship, where we’re counting ships. It’s what are our capabilities.”

Here, Obama cut the heart out of the casual historical comparisons that are so often offered in presidential campaigns. Ships and aircraft are not the same today as they were nearly a century ago. Nor is the international environment. Capabilities, not raw numbers, are what matter. If the size of our enemies’ militaries determined how much attention they received from the United States, we would be ignoring al Qaeda.

Regarding the Navy, Secretary of Defense Robert Gates was fond of making a far more salient comparison. In a 2009 speech at the Naval War College, he pointed out that, in terms of tonnage, the United States Navy “is still larger than the next thirteen navies combined – and eleven of those thirteen navies are US allies or partners

Similarly, comparing the US Air Force of 2012 with that of the year it was “created” in 1947 is an even more dubious criticism. Those making the comparison imply the USAF was thrust into being with a fleet even larger than what we have today.

But the “birth” of the Air Force in 1947 would be far more accurately called a name change than the de novo creation of a new service. It was the National Security Act of 1947 that created the US Air Force as a separate service, from what had been the US Army Air Corps for many decades. One might instead trace the origin of the USAF to the Signal Corps’ Aeronautical Division, commonly credited as the world’s first military aviation organization in 1907.

Given that is was the WWII Army Air Corps that had received the thousands of mass-produced planes used to defeat Nazi Germany and Imperial Japan two years earlier, it’s no small wonder that this “new” service had more planes in 1947 than the fleet of hugely expensive technological marvels that the United States flies into combat today.

The abuse of numerical comparisons relating to national security assets – whether real or fictitious – is not uncommon in American history. Reagan’s Secretary of the Navy, John F. Lehman, was a strong proponent of a 600-ship Navy. The genesis of this goal was not a cold analysis of the need for naval assets, but rather a desire to have more ships than the Soviet Union.

The US Navy never reached the goal, due in part to defense budget cuts by Congress. At its peak in 1987, the US had 594 ships in service. But this number was artificially inflated, many argue, as some of the these were WWII-era ships whose sunset had been postponed to fill out the force in hopes of achieving the goal.

Democratic candidates have not been non-participants in this game. As he ran for president in 1960, John F. Kennedy spoke ominously of a “missile gap” between the US and the Soviet Union, claiming that the US was falling dangerously behind in the arms race. Kennedy’s claims were based on the most pessimistic assessments available, however, and were disconfirmed by the CIA’s own estimate of Soviet capabilities.

Casual numerical comparisons will always be appealing for political candidates, because they are easily digested by an electorate. They immediately put one’s opponent on the defensive. Who wouldn’t want to rather have more than less, after all? Suddenly, reasonable cuts to the world’s most expensive military can be twisted into images of hollowness, weakness, and the like.

For a moment, though, in their final debate, these casual arguments were given their comeuppance. More is not always better or smarter, as Obama argued.

Andrew L. Stigler is an associate professor in the National Security Affairs Department of the Naval War College in Newport, RI. The views expressed are his own.