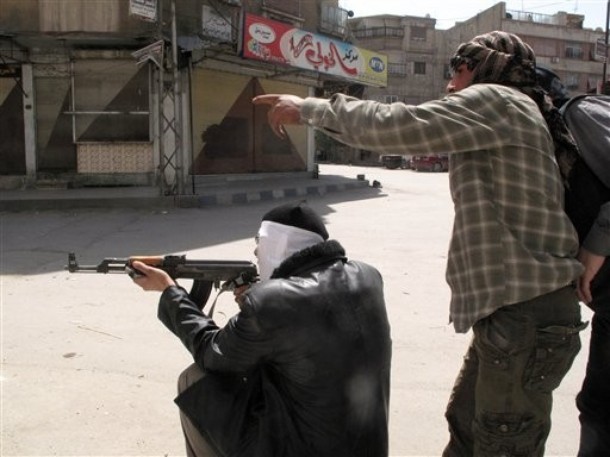 The massacre in Houla and other regime atrocities that have been unearthed do not change American strategic interests with respect to Syria. Horrible as they are, they don’t tell us anything new about the nature of this odious regime. If it was a bad idea to intervene prior to the latest revelations, then it remains a bad idea even despite the recent grotesque news. We should not base our foreign policy around heated reactions to tragedy: doing so is a recipe for error.

In this context, it’s worth examining why anti-interventionists often end up losing foreign policy debates.

One reason is that anti-interventionists often fail to put forward competitive options, instead stopping with the case against military action. Analysis should not end there. After all, the Syrian regime is perpetrating atrocity after atrocity on its own citizens, and we all have a natural human impulse, an admirable one, to want to stop massacres if we can. So can those who don’t favor military intervention propose, maybe even come to some rough agreement on, median solutions that can deal with humanitarian concerns without resorting to an air war? When the choice presented in these debates seems to be between military intervention and doing nothing, the choice of doing nothing often loses.

Another thing that anti-interventionists could do a better job of is specifying what the world looks like without the U.S. militarily involved. Realistic assessments of what a world without military intervention would look like would significantly benefit the debate. Perhaps this world is very ugly; that doesn’t mean the case against intervention fails. As I wrote in Bin Laden’s Legacy:

The sad reality of the twenty-first century is that we cannot respond with full vigor to every perceived threat, or we won’t have the resources left over to address those that are most pressing. The sad reality is that lives will be lost in other parts of the world, like Libya, and we won’t be able to do anything about it. This should give us no comfort, but we must be realistic. When we are facing a crushing national debt, the interest payments for which are projected to eclipse our current defense budget by 2019, we cannot afford to overreact to every terrorist threat and to intervene in every conflict.

A third and final point that Syria illustrates is the need for viewing intervention decisions within the context of a nation’s grand strategy. Rather than being driven by a “grand enemy,” my own sense of grand strategy is driven by what I see as the overarching–and, in many ways, interrelated–challenges that we confront as a nation, challenges that I outlined at some length elsewhere. The national debt and violent non-state actors are among the primary concerns America faces. Based on this view of the world, a military intervention in Syria is not cost justified–particularly because it’s possible that jihadi elements among the rebels may be strengthened rather than marginalized by US involvement. It is hard to justify a new military campaign when our strategic resources would be better devoted to areas where we have very concrete strategic interests–places like Somalia, Yemen, North Africa, Mali, Afghanistan–and we’d also likely be better off if these resources were simply conserved.

My specific thinking on Syria is, of course, a bit more complex than this. But a sense of grand strategy shaped around the challenges the United States confronts can be useful in approaching foreign policy problems–and avoiding foreign policy mistakes.

Daveed Gartenstein-Ross is the director of the Center for the Study of Terrorist Radicalization at the think tank, Foundation for Defense of Democracies. This post originally appeared on the blog Gunpowder and Lead.