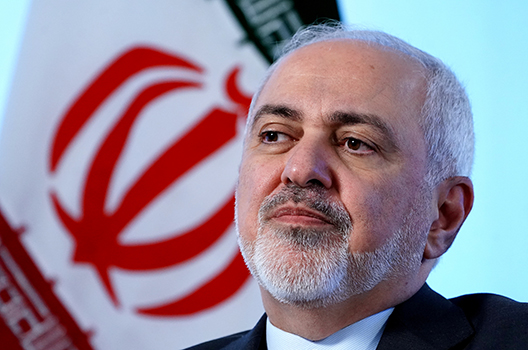 The 2015 nuclear deal—known as the Joint Comprehensive Plan of Action (JCPOA)—is extraordinarily robust on nuclear matters, and Iran is meeting its obligations to the deal. Period. Walking away from the deal without a viable path forward for keeping Iran non-nuclear was a deep, deep mistake.

But the nuclear deal is a nuclear deal only. It does not address Iran’s bad behavior in many other categories. It does not require Iran to end its active and accelerating support for global terrorism; fomenting of anti-Americanism; provision of material backing for regional insurgent groups like the Houthis in Yemen and Hezbollah in Syria and Lebanon; rejection of Israel’s right to exist; reducing its centuries-long, zero-sum conflict with its Sunni Arab neighbors; human rights abuses at home; and an anti-democratic system of government.

US President Donald J. Trump is wrong to undermine nuclear constraints but is right to focus on constraining Iran in other areas. The question is whether unilaterally ripping up the nuclear accord and offending all key signatories was likely to advance US interests.  The answer is no.

A better approach would be to return to a face-saving, slightly modified version of the nuclear deal and rally more nations to ending Iran’s bad behavior on non-nuclear matters. It is regrettable that the Obama administration tied nearly all sanctions relief to the nuclear deal, leaving the non-nuclear sanctions toolkit threadbare. But relying on escalating confrontation is not the only option for the current administration. In fact, it is one of the least attractive courses of action.

The immediate goal needs to be keeping Iran in compliance with its nuclear obligations and forcing moderation in other areas. US strategic goals need to focus on ending Iranian support for Hezbollah and the Houthis, and ensuring Israel, Saudi Arabia, and other Sunni Arab states are strong enough to contain Iran in the region; denuding Tehran of its long-range missiles; ending Iran’s support for terrorism, dangerous surrogates, and regional instability; halting cyberattacks on US and other states’ critical infrastructure; and ensuring the Iranian people are able to freely choose their leaders.

It’s a bit of a chicken-and-egg question as to whether the recent elevation of tension is because of Iran’s ongoing mischief or because the United States left the nuclear accord. Regardless, Iranian misadventures undermine US security and need to be countered. The blunt, short-notice decision by the Trump administration to withdraw waivers on the purchase of Iranian oil effective May 2 has caused great backlash in China, Turkey, India, Japan, South Korea, and elsewhere. Telling all these powerful nations that they cannot purchase Iranian oil and do business with the United States at the same time will not hold. The inevitable US reversal of action will lower Washington’s credibility. Interestingly, Saudi Arabia and other oil producers benefit greatly from the rising price of oil, which is a consequence of the new US policy. Saudi cooperation with the United States on this front is not a significant accomplishment.

Iran has escalated tensions on its end as well. It has long threatened to close shipping lanes in and out of the Arabian Gulf. The mysterious, not particularly coincidental, attack on two Saudi oil tankers and a Norwegian ship over the weekend is a calibrated and ominous action. The apparent attack comes after US officials reportedly warned Gulf allies of an imminent attack on ships in the area. The US decision to bolster military platforms in the region is a helpful signal but certainly risks unintended consequences.

Reporting in The New York Times on May 13 by Eric Schmitt and Julian Barnes that the Pentagon is reviewing Iran war plans sounds more significant than it likely is; plans are always being updated and war-planners understandably always want maximum capability for executing those plans. Still, the reported White House meeting on Iran planning to, among other topics, assess military options indicates this is a priority for the United States’ bureaucratic and planning machinery.

The hard question at hand is understanding what the objective is of the current escalation. Is it to create fear in Europe and squeeze more support for the US approach? Is it to get Iran to back away from comments that it no longer feels bound by the nuclear accord? Is it to strike limited Iranian targets as part of a larger US effort to scare Iran into moderating its malign behavior on non-nuclear matters?

Presumably the United States wants all of the above. But will other nations take seriously the erratic pronouncements of a clearly under-informed president whose attention can quickly be diverted to a parochial interest? With the rise of enabling leadership at the State Department, the Department of Defense, and the National Security Council it is difficult to know if the White House can manage crises without over- or underplaying its hand. This situation with Iran is far more fluid and operationally escalatory than the Trump administration’s give-away diplomacy with North Korea.  Watch this space.