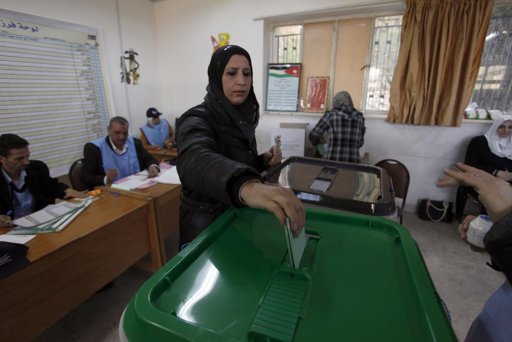 Against all expectations, Jordan’s parliamentary election this week seems to have generated some optimism. The big questions had little to do with the appeal of specific political platforms or even the candidates themselves, but rather with process and turnout.

Would the newly-established Independent Electoral Commission (IEC) reverse Jordan’s infamous track record of electoral fraud and pull off a transparent and credible election? Would voter participation exceed levels from previous elections or would citizen apathy and Muslim Brotherhood calls for a boycott take hold? Would the next parliament reflect the same tribal voting patterns and return familiar faces to parliament or inject some new blood into the mix? Final results of the Jordanian election have yet to be announced, but early indicators answer some of these questions and paint a far more interesting picture than anticipated.

As an election observer with the National Democratic Institute’s international observation mission, I had the chance to witness Election Day first-hand in the city of Zarqa, about 20 miles from the capital of Amman, with an industrialized urban center and predominantly Palestinian-Jordanian population, as well as tribal communities. In the eight polling stations my team visited, the election committee staff was overwhelmingly professional, well-trained, and implemented procedures strictly according to the law. In the places where we observed, election officials and IEC volunteers were eager to demonstrate they could deliver a credible election and did not interfere with voter choices or compromise the secrecy of the ballot. However, some of my colleagues testified to experiences at the opposite end of the spectrum — they reported incidents in Amman, Irbid, Karak, and elsewhere of officials directly influencing voters’ selections, vote-buying, campaigning inside the polling stations, and repeat voting.

While most of the violations were committed by candidates, their agents, and the voters themselves, it is incumbent upon the IEC to ensure that this behavior is no longer tolerated. Despite these shortcomings and worrisome anecdotes, the IEC’s performance was quite positive. Based on several days of meetings, interviews, and observation prior to election day, it is clear that the IEC made great strides in gaining the confidence of citizens and demonstrating a solid commitment to transparent and credible elections. Given the well-entrenched legacy of electoral fraud and manipulation that the IEC has to reverse, the newly-formed commission and its chairman certainly deserve a good deal of credit. Changing the way candidates and voters behave will require a fundamental cultural shift, and based on what I observed, the IEC is headed in the right direction.

Regarding voter turnout, some posited that it would be an indicator of either a public embrace or indictment of King Abdullah’s reform agenda. But the degree of participation actually tells us remarkably little about popular opinion regarding the king’s efforts to stay a step ahead of the wave of Arab uprisings. In reality, voter turnout demonstrated more about the strength of tribal loyalty and fears about regional instability. The IEC reported a robust 56.5 percent turnout (higher than the 52 percent in 2010), and domestic monitoring coalitions led by the National Center for Human Rights and Identity Center gave independent estimates around 55 to 56 percent, which corroborates the official tally and undermines Brotherhood claims that the IEC inflated numbers.

Parliamentary elections are still predominantly about tribal and family loyalty, rather than political ideology or party affiliation, thus voting rates were far higher in the tribal areas where voters are motivated to the polls to support a member of their inner or outer circle. While official numbers have yet to be released, informal reports show near 60 percent turnout in the more concentrated tribal areas and only 40 percent in urban areas where the majority are Jordanians of Palestinian origin. The introduction of a National List to determine 27 out of 150 seats did little to alter this trend. Although the list system is intended to strengthen political parties, in reality, the way it was designed provides incentives for local elites and tribal figures to create lists based on personal influence rather than party affiliation or issue-based political programs. Given the continued dominance of tribal politics, it is unsurprising that such candidates were still able to galvanize their supporters to show up at the polls.

The fairly robust turnout rate also makes a statement regarding the ability of the Muslim Brotherhood and its political arm, the Islamic Action Front (IAF), to appeal to the broader disaffected, disenchanted, and disgruntled population that lean toward the opposition but are not ideologically-driven Islamists. The lackluster showing at the Brotherhood-led opposition rally Friday, January 18 urging Jordanians not to participate in the election shows the limits of their strength in an environment of economic distress and fears of regional instability spilling over its borders. The other major opposition trend that has emerged since the start of the Arab awakening is the protest movement drawing upon young East Bankers, known as Herak, which are not aligned with the Brotherhood and seem intent on keeping their distance. In fact, many youth affiliated with this trend who initially called for a boycott ended up running or voting in the election. According to one Jordanian journalist, ordinary citizens and young people who joined spontaneous protests in mid-November 2012 against the hikes in fuel prices were alienated by the confused political messages and aggressive calls for the overthrow of the monarchy, and may help explain why the boycott was less than successful.

Despite the fact that the electoral law did not fundamentally address the underlying, systemic problems with the electoral system (see my recent Issue Brief for a full explanation) and that votes are still cast along tribal lines, there is some encouraging news regarding the composition of the next parliament. It appears that 70 to 80 percent of the members will be new and only around 25 percent will be returning members of parliament. Based on preliminary findings, the proportion of parliamentarians with Palestinian-Jordanian background has increased from approximately 15 percent to more than 25 percent. It also seems that the election is good news for women’s representation; the electoral law increased the quota for women from 12 to 15, but in addition, two women garnered enough votes to win seats outside the quota, and it is likely that two women who headed national lists also won seats. If these early estimates are accurate, this would bring 19 women to the new parliament.

The success of the electoral process will also be judged on what happens in the coming weeks, which will set the tone for Jordan’s path toward democracy and participatory decision-making. Will King Abdullah capitalize on this moment and make good on his pledge to foster a robust parliamentary system, or will he revert back to tinkering around the edges without making fundamental changes? In his recent discussion paper, King Abdullah indicated that instead of appointing a prime minister, the position would be filled based on “consultation” with the largest parliamentary bloc, or group of parliamentary blocs. Few details have been shared about exactly how this will be done in a system without political parties, but the public will be keenly watching. The king’s next discussion paper will address the roles and responsibilities of various actors in the system; if he lays out a plan to transfer some of the monarchy’s authorities to the parliament and empower it with real authority, then Abdullah just might have a chance to regain the confidence of his people. With electricity and further fuel price hikes slated for February and March, time is running out to demonstrate progress on the most pressing issues for the majority of Jordanians — improving economic conditions and combating corruption — before angry masses take to the streets again. Empowering the parliament to play a lead role in addressing those critical issues could be the key to his success.

Danya Greenfield is the deputy director of the Rafik Hariri Center for the Middle East at the Atlantic Council. This piece first appeared on Foreign Policy.