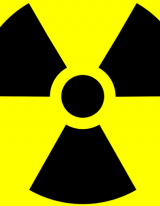 The international community faces many grave nuclear proliferation challenges. Possible nuclear energy cooperation between Japan and Turkey is not one of them, although a January 8th editorial in Japan’s second most widely read newspaper, the Asahi Shimbun, suggested otherwise. It  called for an “urgent rethink” of the bilateral nuclear cooperation agreement currently under consideration by Japan’s parliament, the Diet. According to the editorial: “The pact contains a provision that would enable Turkey to eventually enrich uranium and extract plutonium by reprocessing spent nuclear fuel.”

Enrichment and reprocessing technologies can be employed to produce fuel for nuclear power plants, but are equally useful for producing the highly enriched uranium and plutonium required to build nuclear weapons. As such, many countries, including the United States, have sought to prevent the further spread of these capabilities to new countries, encouraging nuclear newcomers to purchase already enriched fuel and nuclear suppliers to refuse further transfer of enrichment and reprocessing technologies. If the draft Japan-Turkey agreement permitted either the transfer of these technologies, or the right for Turkey to enrich or reprocess Japanese-origin nuclear materials, this would indeed pose proliferation concerns. It does neither. Pursuant to Article 8: “Nuclear material transferred pursuant to this Agreement and nuclear material recovered or produced as a by-product may be enriched or reprocessed within the jurisdiction of the Republic of Turkey, only if the Parties agree in writing.” Far from being excessively permissive, Japan’s nuclear cooperation agreement with Turkey mimics the terms of the U.S.-Turkey nuclear cooperation agreement. Article 6 of that agreement prohibits enrichment and reprocessing of U.S.-origin materials “unless the Parties agree.” In the cases of both the United States and Japan, subsequent modification of a nuclear cooperation agreement with a partner to permit enrichment or reprocessing would be more difficult than was concluding the agreement in the first place. It is this very dilemma that has so far stymied U.S.-South Korea attempts to renew their imperiled—and mutually beneficial—nuclear cooperation agreement.

Inaccurate proliferation assessments are common in media sources worldwide. Nor is it especially remarkable that the Asahi Shimbun’s assessments were almost certainly at least partly motivated by its anti-nuclear and anti-ruling party biases. What is noteworthy, is just how effectively one Japanese newspaper stirred up controversy in both Japan and Turkey, and in relevant policy circles in the United States and elsewhere. Turkish media, poorly versed in the nuclear deal their own government is seeking to conclude with Japan, reported as fact the Asahi Shimbun’s assertion that the agreement “allows Turkey to enrich uranium and extract plutonium.” Turkish Energy Minister Taner Yıldız scrambled to go on the record with assurances that Turkey does not have, nor is it planning, a uranium enrichment program. Colleagues in Washington, DC and other parts of the world bombarded the author’s inbox with e-mails questioning what Turkey and Japan were up to, and asking whether this new and scandalous agreement means Turkey is responding to Iran’s enrichment program with an enrichment program of its own that could be used to develop nuclear weapons.

Japanese Prime Minister Shinzo Abe’s government is seeking parliamentary approval of the nuclear cooperation agreement to enable Japanese firms to export nuclear technology to Turkey. Japan’s Mitsubishi Heavy Industries Ltd., alongside France’s Areva, leads a joint venture seeking to build a nuclear power plant at Turkey’s Sinop site. Originally slated to be Turkey’s second nuclear power plant, it is unclear whether it is more or less likely than Russian Rosatom’s Akkuyu nuclear power plant to be realized. Both projects have encountered repeated delays. As noted by this author in a June 2013 report for the Brookings Institution, Turkey’s nuclear energy program is unrealistically ambitious, and faces a number of very serious hurdles. These include, among others, Ankara’s likely inability to finance the program; the fact that both proposed nuclear plant designs are commercially untested; the Turkish Atomic Energy Authority’s inadequate capacity to regulate a major nuclear power program; and the possibility that seismic hazards near Sinop and Akkuyu were inadequately factored into site selection. However, neither Turkey’s agenda nor the draft bilateral nuclear cooperation agreement with Japan raise any serious proliferation concerns.

Jessica Varnum is Nuclear Threat Initiative Project Manager at the Center for Nonproliferation Studies and an Adjunct Professor at the Monterey Institute of International Studies. Varnum teaches graduate-level coursework on nuclear energy and nonproliferation, and also researches and publishes extensively on U.S.-Turkey-NATO nuclear policies.