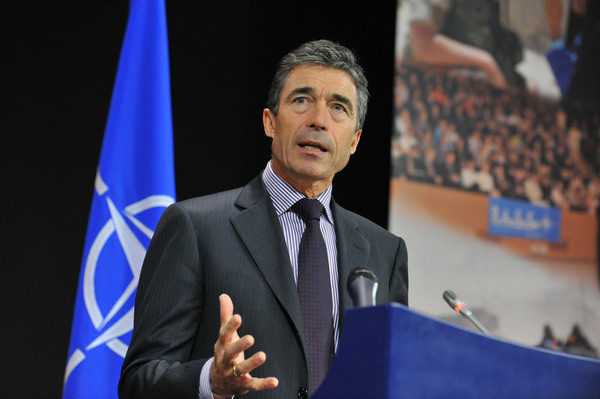 The Atlantic Alliance is about to enter a tumultuous period of change both in Europe and the wider world. How we all conceive of our place in that world will be critical to the Alliance.

This dawning reality was brought home to me Friday when I had the honor of debating NATO’s emerging security challenges with the Norwegian ambassador to NATO and his colleagues on the Norwegian Permanent Delegation. Given changing energy patterns and the melting of Arctic ice, Norway will find itself on a new ‘front-line’ as the High North becomes a source of exploitation and friction. Moreover, with yesterday’s re-election of Shinzo Abe as Japan’s prime minister and the possibility of renewed tensions with China, a most profound question was also apparent: what if any is NATO’s Pacific role?

NATO’s role in the Pacific I hear you ask? Ask many Europeans where NATO’s responsibility stops and I am pretty sure they would say the English Channel on one end and the Baltic states’ borders with Russia on the other. Many forget that NATO includes the United States and Canada and simply assume it is an organization for the American-led defense of Europe. Indeed, the only time NATO’s Armageddon Article 5 collective defense clause was ever invoked was on 12 September, 2001 in defense of the United States.

This matters because it is not the United States that is ‘pivoting’ away from Europeans, but Asia-Pacific that is ‘pivoting’ towards Europe and Europeans need to begin to get their heads around this. Article Five of the North Atlantic Treaty states “The Parties agree that an armed attack against one or more of them in Europe or North America shall be considered an attack against them all and consequently they agree that, if such an armed attack occurs, each of them, in exercise of the right of individual or collective self-defense recognized by Article 51 of the Charter of the United Nations, will assist the Party or Parties so attacked by taking forthwith, individually and in concert with the other Parties, such action as it deems necessary, including the use of armed force, to restore and maintain the security of the North Atlantic area.”

Now, no attack is pending but does the term “North Atlantic area” now include the the US and Canadian Pacific coast and their Pacific possessions? If it does, NATO’s westernmost point is the US Wake Island, some 12045kms/7485 miles from Brussels but only 3207kms/1993 miles from Tokyo. Indeed, Alaska is only 90kms/58miles from Russia’s Far East across the Bering Strait.

There are some reports that US Secretary of State Hillary Clinton is considering a Pacific-Atlantic Treaty Organization or PATO. Certainly, is hard to imagine a future Asia-Pacific conflict that involves the US not demanding of Europeans at the very least solidarity. But what would that mean in a Pacific context? It is certainly the emptiest and most over-used word one hears in Europe these days. The Oxford English Dictionary defines ‘solidarity’ as “holding together, mutual dependence, community of interests, feelings and actions.. For many Europeans it seems to mean, ‘you have an obligation to defend me and to give me your money for which I will do little or nothing in return.’ The asymmetric commitment to successive crises has rapidly undermined the ‘contracts’ at the core of both NATO and the EU.

The 2010 NATO Strategic Concept states, “This Strategic Concept will guide the next phase in NATO’s evolution, so that it continues to be effective in a changing world, against new threats, with new capabilities and new partners.” NATO is slowly beginning to grapple with the modernization of Article 5 collective defense. To be credible in this new age that will necessarily mean a NATO capable of generating the biggest of security pictures. It will also mean the creation of advanced deployable military forces reinforced by the defensive and offensive technologies of our time; missile defense, cyber-defense and global intelligence across five domains – air, sea, land, cyber, and space. Above all, it will require a complete overhaul of NATO’s strategic mindset so that everything the Alliance does is considered in the context of the world as it is, not the very narrow focus beloved of Europeans. If not NATO will not die but slowly fade like the old soldier that it now is. To paraphrase John F. Kennedy, Europeans must ask not what the Alliance can do for Europe, but what Europe can do for Alliance.

The sub-title of the Strategic Concept is “Active Engagement: Modern Defence.” If that is to mean anything it will mean an Alliance credible to the security needs of all its members, not just a few. As the Alliance begins the long slog to rebuild the mutual confidence and trust undermined by the imbalance of effort in Afghanistan it will also a twenty-first century NATO relevant to the twenty-first century not the twentieth.

Pacific NATO. It is already a fact. Can we ever make it a reality?