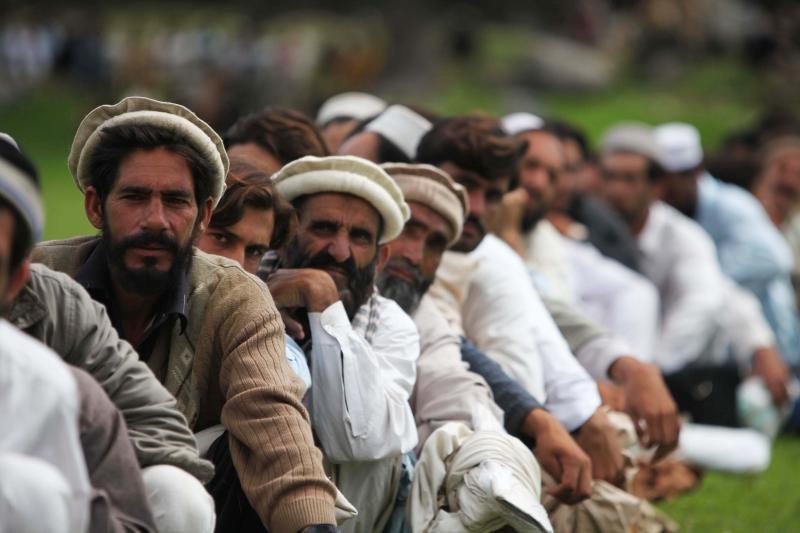 A failed nuclear weapons state of 180 million people, flooded from north to south over 600 miles in an area the size of Florida and an ongoing monsoon deluge that submerged thousands of villages, stranded 20 million and left 4.5 million unable to feed themselves, faced with a cholera epidemic, riots and extremist religious groups outperforming an inept civilian government in emergency relief , is, without question, the gravest danger Planet Earth has faced since the implosion of the Soviet Union — and what was then the threat of loose Soviet nukes getting into terrorist hands.

One-fifth of Pakistan lay submerged. Washed away with the villages were bridges, livestock, medical supplies and food. Survivors had gone 10 days without food and the only clean water poured down from the sky. Titanic efforts to rebuild the scenic Swat valley after insurgents had occupied it before being chased out by the army, are washed away, along with schools, health clinics and bridges.

The Dec. 26, 2004, magnitude-8.0 earthquake that unleashed a 60-foot-high tidal wave that swept across Southeast and South Asian coastlines with a force of 23,000 Hiroshima-type atomic bombs, drowned 150,000 and left millions homeless in 11 countries, still didn’t have the earmarks of a long-lasting global catastrophe.

Nor did the 2005 Pakistani magnitude-7.9 earthquake that killed 73,000 and left some 2 million injured and homeless. The area was smaller and the U.S. response immediate, huge and a momentary geopolitical game-changer in U.S.-Pakistani relations.

The most anti-American country in the world, conditioned by 10 years of punishing U.S. sanctions in the 1990s against its secret nuclear weapons program (designed to match India’s), suddenly saw America as an indispensable, friendly superpower.

Haiti’s gigantic Jan. 12, 2010, 7.0 earthquake killed 200,000 and left 1.5 million homeless and triggered a massive, multinational relief effort. But Haiti didn’t represent a geopolitical upheaval, as did Pakistan’s latest calamity in its 63-year history as an independent nation, pockmarked with multiple tragedies.

From three major wars with India; to the loss of half its country when East Pakistan, defeated by India, became Bangladesh; to hangings and assassinations of popular leaders; to suicide bombings by fanatical religious extremists that killed 8,000 civilians in two years; to four military coups prompted by dysfunctional and corrupt civilian governments that kept the country under military rule for more than half its life — history has dealt Pakistan a painfully raw deal.

At the end of the first week, the nations of the world had coughed up a paltry $150 million when at least 10 times that was needed. The United States came in with 1,000 Marines and 15 helicopters that airlifted countless thousands from isolated bits of ground in the middle of a vast brown inland sea to safer ground where there was still no shelter, little food and no letup from bursting monsoon-laden skies.

By the end of the second week, the United Nations announced it had received about half the $459 million requested for Pakistan relief but Western fundraising was still lagging, partly from donor-fatigue, partly from the realization that next to recent disasters comparatively few (less than 2,000) had drowned in the gigantic flood.

The Persian Gulf’s oil-producing countries, with billions of dollars in "Sovereign Wealth Funds" designed to invest in or buy Western companies and more billions earmarked to acquire dernier cri military hardware, could afford to be the most generous. Saudi Arabia kicked in $107 million, most of it in urgently needed materials for shelter and only $5 million in cash (which has a way of disappearing rapidly in the wrong hands). The others were slim pickings. The United States put up $150 million and much of the $7.5 billion over five years authorized by Congress for Pakistan will now have to go into rebuilding roads and bridges.

Pakistani President Asif Ali Zardari also conveyed the wrong message to the rest of the world by flying off to Britain on Day 2 of the tragedy, ostensibly to bolster his fading image by calling on French and British leaders.

As Benazir Bhutto’s widower, Zardari also strutted his head-of-state routine with his 21-year-old son Bilawal Bhutto, an Oxford graduate and political heir to his late mother’s leadership of the Pakistan Peoples Party. Bilawal declined to appear with his father at a rally of Pakistani British supporters.

Upon his return to Islamabad after 10 days in Europe, Zardari was greeted by hoots of derision in the Pakistani media.

He soon took off again to huddle on the sale of Russian helicopters with Afghan President Hamid Karzai and Russian President Dmitry Medvedev in Sochi, on the Black Sea. Unable to spare any Black Hawks, the United States has already paid for a dozen Russian choppers now flown by Pakistani pilots in operations against Taliban insurgents in their border sanctuaries. Moscow wants NATO members to pay for more.

Besides the anemic reaction of potential donors, Pakistan’s civilian government couldn’t order the army to focus mainly on the country’s mega disaster. The military is the state’s strongest and only efficient institution but it is now divided between three urgent priorities: (1) ongoing operations in the tribal areas bordering Afghanistan; (2) the Indian front, where trouble was brewing again in India-controlled Kashmir; (3) the monsoon flooded part of Pakistan that literally split the country from north to south, separating east from west, as its three major rivers flooded at the same time — for the first time in 80 years — putting a brake on rapid army deployments.

It was as if all of England was suddenly under water. An angry alienated population, now suffering from hunger and disease, has already spawned propitious circumstances for terrorist recruiting. Lashkar-e-Taiba, the terrorist organization that staged the 2008 attack on Mumbai, was among the very first with food, clothing and medicine.

"Every dimension of our relationship, politics, economic and security," said U.S. Army Gen. Douglas Lute, White House coordinator for Afghanistan and Pakistan, "is going to see major shifts as a result of this historic disaster."