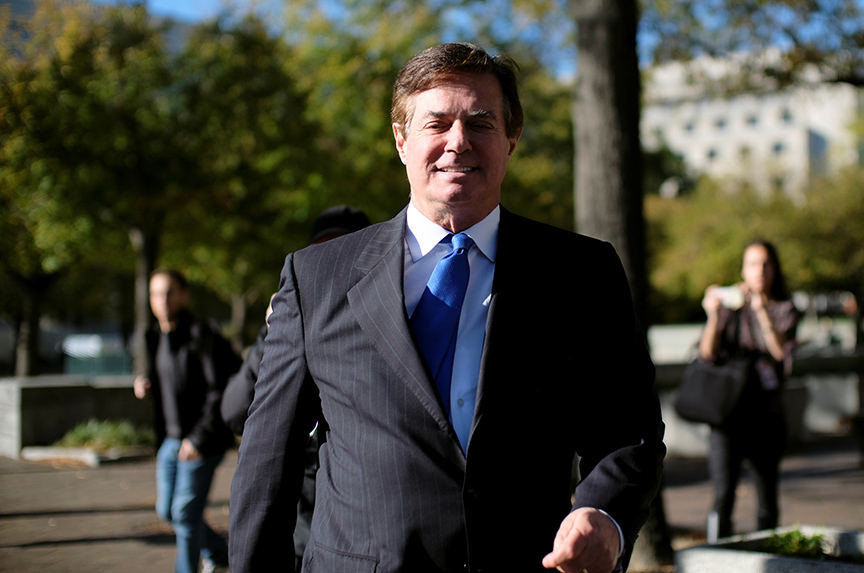 It was in this role that Anders Åslund, a resident senior fellow in the Atlantic Council’s Dinu Patriciu Eurasia Center, first met Manafort.

Manafort would seek advice from Åslund, who served as an economic adviser to the government of Ukraine from 1994-1997, on matters of economic policy. Åslund recalls Manafort as “highly intelligent and absolutely ruthless.”

“When the Ukrainian oligarchs heard Manafort was advising Trump they knew Trump would win the [US presidential] election” in 2016, he said.

On October 30, Manafort and his associate, Rick Gates, were charged with money laundering, tax evasion, fraud, and failing to register as agents of foreign interests. They pled not guilty.

Special prosecutor Robert S. Mueller III is investigating whether anyone close to Trump took part in a Russian government effort to influence the 2016 US presidential election. The indictment against Manafort, however, scrutinizes Manafort’s lobbying work in Ukraine.

John E. Herbst, director of the Atlantic Council’s Dinu Patriciu Eurasia Center, recalls a meeting requested by Manafort in early 2005. Herbst was serving as the US ambassador to Ukraine at the time.

Manafort told Herbst he would be working with Yanukovych. “That was something that I thought was a fine idea. As I said to him, ‘If you can help Yanukovych win an election fair and square, good,’” said Herbst.

Herbst also met Rick Davis, a Republican lobbyist who founded a firm with Manafort, a few times without Manafort. “They would just update me on things they were doing and it all seemed pretty straightforward and nothing problematic,” Herbst said.

Manafort was “a or maybe the political adviser to Yanukovych,” said Herbst. “He offered thoughts as to how Yanukovych should position himself to improve his political position,” he added.

Manafort worked for Yanukovych from 2005 until 2014, when the Ukrainian president was ousted by parliament. Yanukovych fled Ukraine and found sanctuary in Russia, while Russian President Vladimir Putin annexed Crimea and ignited a conflict in eastern Ukraine.

Even after Yanukovych’s spectacular ouster, Manafort reportedly went back to seek business opportunities in Ukraine. He continued to work for Yanukovych’s chief of staff, Sergei Lyovochkin.

The indictment against Manafort and Gates states that, “in total, more than $75 million flowed through offshore accounts.”

Manafort had a significant personal influence on Yanukovych. Åslund said it was no accident that the two men—both above 6 feet tall—are similar in appearance. Manafort reportedly managed Yanukovych’s image down to the way in which he styled his hair and the suits he wore, and trained him to be more accessible.

Manafort also closely managed the Russian media’s coverage of Yanukovych to the point that news reports on the Ukrainian leader were oftentimes more glowing than Putin’s own statements on Yanukovych, said Åslund.

Manafort also had a close relationship with Russian oligarch Oleg Deripaska, whose alleged ties to organized crime—allegations that Deripaska denies—led him to being denied a US visa. The Washington Post reported in September that Manafort had offered to give “private briefings” to Deripaska on the US election in 2016.

NBC News, reporting on Manafort’s ties to Deripaska, said the two men had a “$60 million relationship.”

“The question is [whether] Manafort was paid by Russia [for his role] as a campaign manager for Trump,” Åslund said.

Deripaska is believed to have close ties to the Kremlin, which has reportedly helped him out of sticky situations in the past.

“Deripaska, as a wealthy businessman, needs to have a good relationship with the Kremlin,” said Herbst. “If, as the stories report, Deripaska suggested that Manafort go work for Yanukovych, then Deripaska was either doing that to please the Kremlin or doing that at the suggestion of the Kremlin; but that is analysis, not fact.”

Åslund believes Manafort’s indictment is the tip of the iceberg in Mueller’s Russia investigations. There will be other people who will be involved, said Åslund, but Manafort is, so far, the most important.

Image: Former Trump 2016 campaign chairman Paul Manafort left the US Federal District Court in Washington on October 30 after being arraigned on twelve federal charges in the investigation into alleged Russian meddling in the 2016 US presidential election. (Reuters/James Lawler Duggan)