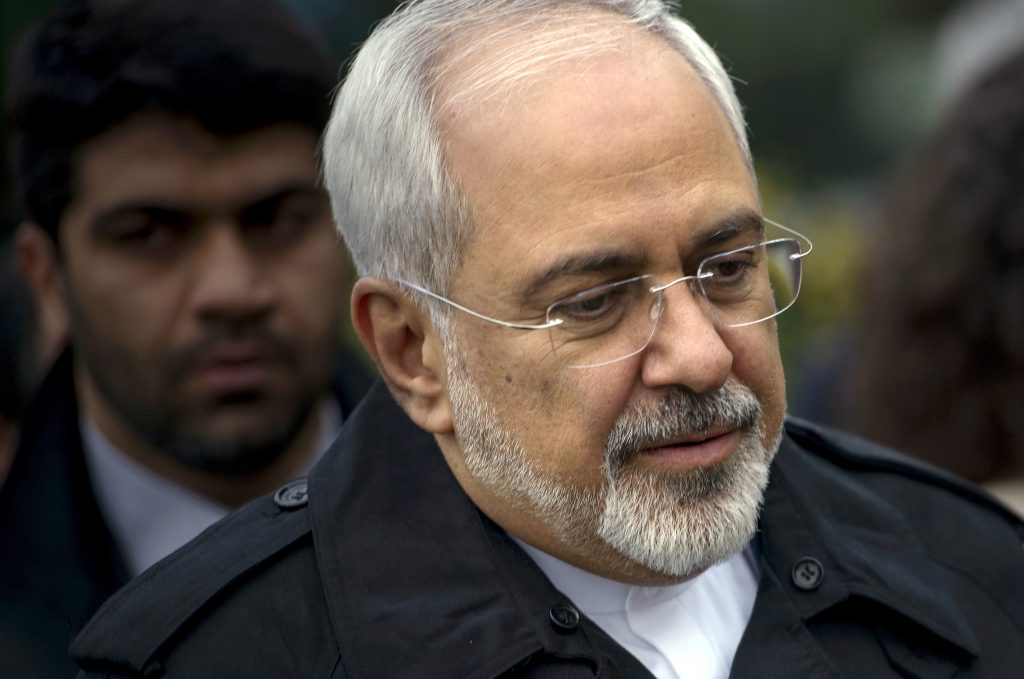 Tougher sanctions and threats of military action are both bad options in the event talks to reach a deal on Iran’s nuclear program fail to produce results, said Thomas Pickering, a former US Undersecretary of State for Political Affairs. He spoke as negotiators in Switzerland announced another extension of their self-imposed March 31 deadline to seal such an agreement.

“Any increase in the pressure on each side may have taken us over the sweet spot… and we will begin to see a tumbling downward of a process of cascading pressures rather than a more constructive set of activities,” the veteran diplomat said in an April 1 conference call hosted by the Atlantic Council.

What could keep the process constructive, said Pickering—who also served as US Ambassador to the United Nations—would be the application of “lighter pressures that are in some ways articulated by new thinking on how and in what way the present stage of negotiations could be advanced.”

After negotiators in the Swiss city of Lausanne blew through their March 31 deadline, talks were extended by another day for the second time this week. US and European negotiators want to ensure that Iran is at least a year away from being able to enrich enough nuclear fuel to build a bomb.

{soundcloud}https://soundcloud.com/atlanticcouncil/decoding-the-iran-nuclear-deal-whats-next{/soundcloud}
Despite missed deadlines, substantial progress has already been made, and it is not in US interests to abandon the process at this point, said Pickering, a member of the Atlantic Council’s Iran Task Force.

Earlier this week, White House spokesman Josh Earnest left open the possibility that in the absence of a deal, the United States and its partners in the so-called P5+1—Britain, France, Russia, China, and Germany—would be forced to “walk away from the negotiating table and consider what other options may be available to us.”

Pickering said Earnest’s statement was likely an “important reinforcement mechanism” based on the judgment that “we should do everything we possibly can to clear the minds in Tehran and in Lausanne that [a nuclear deal] is not something the US is ready to pay any price to achieve.”

Instead of walking away, Pickering said the Obama administration may consider a “constructive pause” to refocus attention and find ways for both the United States and Iran to be able to sell a deal to hardliners in their respective capitals.

“They have just gotten too far; there is too much at stake; each side stands to benefit too much. In the end, maybe a pause, or a constructive pause, while not the best… is certainly one that would be preferable to … going to war,” he said. “Walkaway hard, not impossible; light pressure with some new ideas, certainly possible; more extensive pressure, not good; military, awful.”

Despite delays, negotiators have achieved several understandings on some of the toughest issues, Barbara Slavin, a Senior Fellow in the Atlantic Council’s South Asia Center, said during the call.

For example, the P5+1 and Iran appear to have agreed to a 15-year deal that would place restrictions on the number of Iran’s centrifuges, its stockpiles of low-enriched uranium, and its ability to introduce more advanced centrifuges, said Slavin.

“Fifteen years is a huge victory if the P5+1 can get that,” she added.

Iranian negotiators have agreed to various measures to cut off all four pathways, said Slavin.

Sanctions relief has been a key sticking point in the talks. The White House wants to ease the UN sanctions in phases, while Iran has asked for immediate relief.

“For Iran, a good deal means that all of the sanctions that are really hurting their economy come off very, very quickly and that there is not a prospect of slapping those sanctions back on again very easily,” said Slavin.

A solution may be at hand. Slavin said a potentially new UN Security Council resolution could lift some sanctions while suspending others.

The lifting of some sanctions could be tied to a resolution of questions about possible military dimensions (PMD), or allegations that Iran may have conducted nuclear weapons research in the past. Russia and China reportedly oppose so-called snapback provisions under which the Security Council would automatically reimpose such resolutions on Iran if it were caught cheating on a deal.

While the deadlines are self-imposed, the Obama administration has been eager to put specific limits on Iran’s nuclear program as soon as possible, in order to win congressional support for a deal and fend off any new sanctions legislation.

The Iranians, on the other hand, do not want to reveal too many details about an accord at this point in the talks, in order to protect any potential deal from hardliners back home.

Iran’s Supreme Leader Ayatollah Ali Khamenei has compared the current negotiations to the 1988 ceasefire that ended the Iran-Iraq War—a ceasefire likened by many Iranians to drinking poison.

Khamenei has made clear “he will drink the poison, but he wants to do it all at once and he wants to now what he will get in return,” said Slavin.

“Had the Iranians been willing to accept a lot of specificity now that would be, frankly, akin to drinking the poison in two doses and it would open them up to a lot of criticism” from hardliners, she added.

Pickering said Khamenei is “walking a very careful tightrope” between what he sees as a US-led effort at regime change, and letting Iran’s economy continue to suffer from sanctions and personally facing regional isolation.

He added that a nuclear deal with Iran would be a potentially “very large development, not so large, in fact, that it should shake the fillings out of the teeth of our Saudi friends, but large enough to start a new parameter in the Middle East”—where the question is whether the United States and Iran can collaborate on issues such as Afghanistan and fighting the Islamic State in Iraq and al-Sham (ISIS) in Iraq.

Saudi officials have expressed outrage over the prospect of a nuclear deal with Iran, a Shia state they see as a direct threat to their regional influence. Riyadh’s concerns have grown as Iran takes on a more direct role fighting ISIS in Iraq and backing Shia Houthi rebels in Yemen.

A senior Saudi prince recently warned that his country and its allies would demand similar terms agreed for Iran in any nuclear deal.

“I’ve always said whatever comes out of these talks, we will want the same,” Prince Turki al-Faisal, Saudi Arabia’s former intelligence chief, told the BBC in an interview.

“The President needs to move with care on this particular issue,” said Pickering, a former US ambassador to Israel. “He does not want to experience the thought that the agreement is so weak and the criticism so strong that he could not sustain a veto were the Congress then to move to try to void the agreement.”

Image: Iranian Foreign Minister Javad Zarif walks through a courtyard at the Beau Rivage Palace Hotel during an extended round of talks in Lausanne, Switzerland, April 1. Negotiations to reach a political agreement were extended by another day to April 2. (Reuters/Brendan Smialowski)