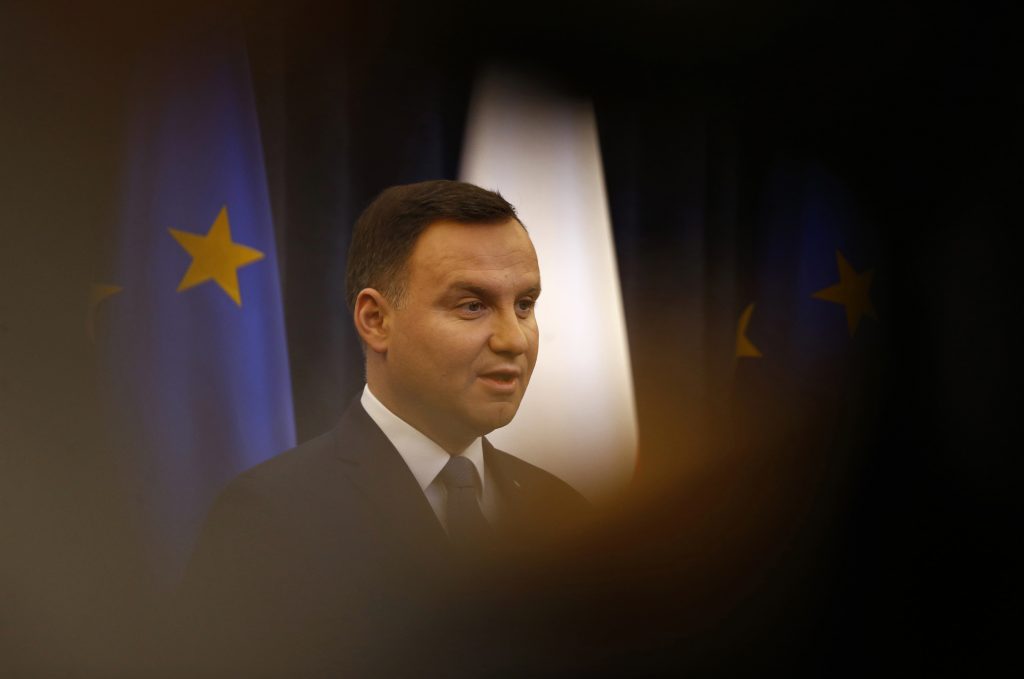 Poland has been widely hailed as the poster child of democracy in Eastern Europe in the decades since the collapse of communism. Is that about to change under the ruling Law and Justice Party?

After sweeping to power in October, the Law and Justice Party (PiS), led by former Prime Minister Jarosław Kaczynski, has moved swiftly to tighten controls over the civil service, the courts, and the media. This has sparked large protests across Poland. It has also set off alarm bells in Brussels. But there is little the European Commission is likely to do to sanction a country that brings considerable economic heft to the European Union and is a key NATO partner.

PiS “believes strongly that is has to put things in order” and that Poland was run badly by all previous governments, but especially by former Prime Minister Donald Tusk’s Civic Platform that governed from 2007 until 2015, said Michal Kobosko, the Poland-based Director of the Atlantic Council’s annual Wrocław Global Forum.

The Polish government has a vision of “revolutionary change,” said Kobosko.

That vision is alarming to the European Commission, which launched an unprecedented inquiry January 13 after Polish President Andrzej Duda approved controversial laws enabling the PiS government to appoint the heads of public television and radio, and pick judges for Poland’s constitutional court. The Commission wants to know whether these changes violate the rule of law. Polish Prime Minister Beata Szydlo insists that her government has not violated any democratic norms.

The European Commission could punish Poland by suspending its voting rights in the twenty-eight-nation European Council. It is, however, unlikely to go down that path.

EU sanctions can only be imposed through unanimous consent and Hungary has already made it clear that it would veto any effort that targets Poland. Szydlo said January 14 that she doesn’t believe the EU will impose sanctions. At the end of the day, the European Commission’s inquiry may prove to be a bigger test of EU will.

The Polish government is not expected to reverse course in response to EU pressure. Warsaw will cooperate with Brussels’ inquiry, but it is unlikely to retreat on any of its controversial measures, said Kobosko.

Polish officials have bristled at pressure from Brussels, which they believe has had undue say in Poland’s domestic issues. The biggest casualty of this spat, however, may be Warsaw’s relationship with Berlin.

Four years ago, Polish Foreign Minister Radosław Sikorski called Germany an “indispensable nation.” That good will has largely dissipated over German criticism of the Polish government.

“The Germans are being accused of interfering in Poland’s domestic politics,” said Kobosko. That is an accusation that stings when put in the context of the two nations’ World War 2 history. Poland’s right-leaning media has sought to exploit this bitter history often pairing accusations against Berlin with imagery of Nazi Germany. The popular Polish magazine Wprost published a cover that depicted German Chancellor Angela Merkel in a Nazi uniform.

It has been a little over two decades since communism collapsed in Poland. Do the Polish government’s actions signal a right turn, as some analysts believe, or a return to the Soviet era?

“To many Poles, the initiatives implemented by the PiS government resemble the centralist way in which the communist country was organized,” said Kobosko. “Firing people who think differently, having fully loyal representatives in the state-controlled economy and media, reducing the level of independence in the judicial system—these were elements of Soviet-era politics.”

It’s hard to say whether Poland under PiS will turn right, said Kobosko. On the one hand PiS is a conservative eurosceptic party deeply rooted in the Catholic Church. On the other hand, its economic program, which seeks to increase social benefits and cooperate with trade unions, resembles the left, he contended.

What is clear is that the European Union will have to deal very carefully with Poland.

“The sudden rise of nationalistic, populist, and anti-immigrant parties across Europe will only strengthen the Polish-Hungarian voice in the EU,” Kobosko predicted.

Image: Polish President Andrzej Duda approved controversial laws enabling the ruling Law and Justice Party to appoint the heads of public television and radio, and pick constitutional court judges. The European Commission has opened an inquiry into whether the Polish government violated the rule of law. (Reuters/Kacper Pempel)