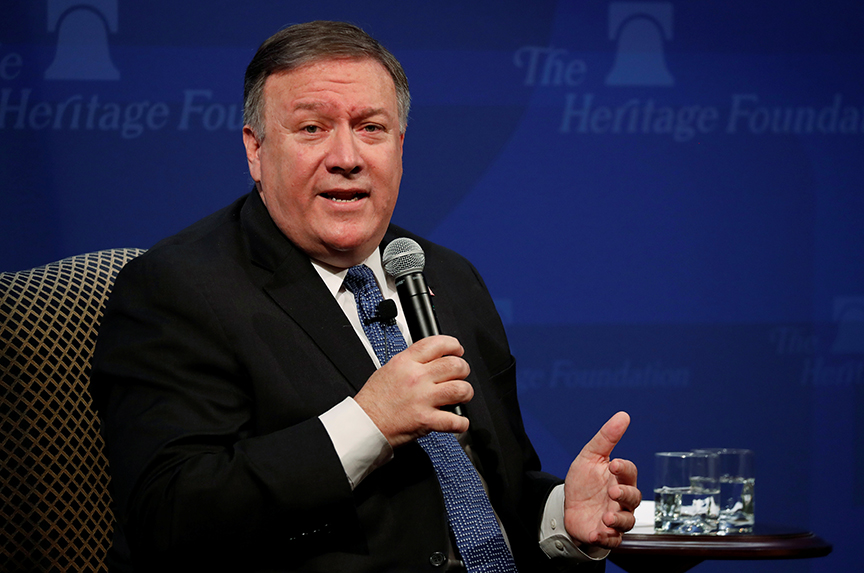 In an audacious speech before the Heritage Foundation on May 21, US Secretary of State Mike Pompeo outlined a litany of complaints about the nuclear deal with Iran that accurately reflected some of its gaps, but offered no realistic remedies.

Pompeo’s prescription to achieve his “Plan B”—“unprecedented financial pressure on the Iranian regime”—is unlikely to achieve his stated goals. It could well backfire by encouraging more defiance in Tehran—and in Brussels, Moscow, and Beijing.

Before US President Donald J. Trump unilaterally withdrew from the Iran nuclear deal on May 8, the US had leverage to encourage European and other allies to impose new penalties on Iran’s non-nuclear policies such as proliferation of ballistic missiles and intervention in Syria, Lebanon, Iraq, and Yemen. French President Emmanuel Macron went so far as to offer a “four-pillar” approach that would have addressed these issues while seeking readjustments in the Joint Comprehensive Plan of Action (JCPOA) to extend restrictions on the Iranian nuclear program.

Without US participation in the JCPOA, however, the other signatories have little incentive to agree to new measures against Iran. Major European companies may have to bow to resurrected US secondary sanctions and wind down their business with Iran to protect their commerce with the far larger US market. But there will be little appetite for new sanctions and growing popular support for countermeasures to defy yet another example of Trumpist unilateralism.

By leaving the Iran deal, the United States has also lost its one remaining channel for bilateral interaction with Tehran. When the Joint Commission set up by the JCPOA to monitor implementation meets later this week in Vienna under EU auspices, it will do so without American participation. It may very well vote unanimously to condemn the United States for its gross violation of the Iran deal, pushing Britain, France, and Germany to side with the Russians and the Chinese.

Pompeo, in outlining twelve maximalist demands for changes in Iranian policies, said Europeans agree with the US analysis. But decades of European interaction with Iran have proven that maximalist goals achieve nothing and often incentivize Iran to accelerate the very policies that the United States and Europe—as well as Israel and Saudi Arabia—oppose.

Demanding that Iran end uranium enrichment and allow essentially anytime, anywhere access to “all sites throughout the country” for international inspectors will only encourage those forces in the country that want to reduce Iranian cooperation with the International Atomic Energy Agency (IAEA) and accelerate the nuclear program.

Iran is also not about to abandon its partners in the Middle East, some of which, such as Hezbollah in Lebanon, have been its allies for nearly four decades. It is as though Iran demanded that the United States forsake its partners in the region because they are Tehran’s adversaries.

Pompeo was accurate when he diagnosed the failings of the Iranian government to achieve the country’s economic potential and when he noted the “hard grip of repression” on the Iranian people. But US protestations of concern for ordinary Iranians ring hollow in a context of US travel bans and “extreme vetting” of old people wanting to see their children and students seeking advanced degrees.

Some hardened opponents of the Islamic Republic—particularly those safe in exile—will no doubt cheer Pompeo’s speech as will neoconservatives who have promoted implausible “fixes” to the JCPOA since Trump was elected.

However, the restored and new sanctions the United States is imposing on Iran will vastly increase the suffering of Iranians while not denying Iran’s Islamic Revolutionary Guard Corps (IRGC) the relatively small amount of funds needed to continue its interventions in the region. Indeed, the sanctions will boost the IRGC’s role in the economy to the detriment of private enterprise and especially the bright young college graduates seeking a better life in Iran. US policy will further embitter a people that was once predisposed to like Americans and set back for years the chance for Iran to re-integrate into the global economy.

Barbara Slavin is the director of the Atlantic Council’s Future of Iran Initiative. Follow her on Twitter @barbaraslavin1.

Image: US Secretary of State Mike Pompeo delivered remarks on the Trump administration's Iran policy at the Heritage Foundation in Washington on May 21. (Reuters/Jonathan Ernst)