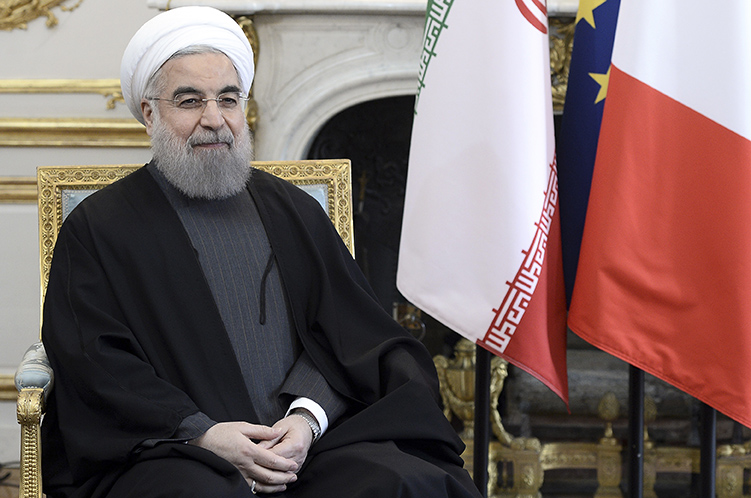 A study of the tensions between the United States and its allies in the region with Iran shows that both sides have misunderstood and miscalculated their defense policies and strategies in the Middle East. Many Western critics do not understand the basis and distinguishing features of the Rouhani government’s strategy.

Based on general policies of the 11th elected government of Iran, the strategy rests on a set of principles aimed at: securing and preparing the background for various economic and social activities; balancing the safety of civilians with that of the government; maintaining independence, national integration, and geographical integrity; increasing Iran’s contribution to global peace and stability; creating trust between the government and the people; preventing external tensions, which could spread inside the country; and increasing national defense capability.

To achieve these goals, the government of Iran stresses:

Despite this constructive approach, events in recent years have shown that peace and stability in the region are more elusive than ever. Unfortunately, factors such as the continuance of state and non-state financing of terrorism through buying oil or direct financing, mega purchases of weapons by governments in the region, rigid ideological views of certain political groupings, insufficient authority of some governments, and the pursuit by others of personal gain have combined to increase mistrust and tension.

Despite this, President Hassan Rouhani’s government has, in the past two-and-a-half years, sought to achieve its objectives in a number of ways.

During his first speech at the UN General Assembly in 2013, Rouhani called for global cooperation in combatting violence and extremism. A major conference was held in Tehran at which many political authorities and experts discussed this issue. In addition, Iran was the first country to come to the aid of Iraqi Kurdistan and the Iraqi government to save Erbil, Sulaymaniyah, and Baghdad from imminent fall to the Islamic State of Iraq and al-Sham (ISIS). Iran has joined with Western countries to continue to provide manpower and conventional weapons to restrain ISIS inside Iraq. Iran has also welcomed constructive talks and peace negotiations between the governments of Afghanistan, Syria, and Yemen with respective armed opposition forces.

Iran also supports moving towards regional security agreements. Iran’s Navy has cooperated with the navies of Qatar, Pakistan, and Oman in the Persian Gulf and the Strait of Hormuz.

From its first days, the Rouhani government has prioritized unprecedented intense and serious diplomacy to prevent the proliferation of weapons of mass destruction and realize a WMD-free Middle East. The successful negotiations that culminated in the Joint Comprehensive Plan of Action reflect the Islamic Republic of Iran’s serious intent in this regard.

In the Middle East, where some countries spend billions of dollars a year on advanced weaponry, Iran has been prevented from satisfying its need for conventional deterrents because of sanctions. Accordingly, the government has sought to improve the self-reliance and technological capacity of national defense and to commercialize defense industries. While Iran is committed to developing its deterrent conventional defense capabilities, it will constrain its ballistic missile forces to a range of 2,000-2,300 kilometers. Iran’s strategic defense plan currently sees no justification for higher ranges.

In conclusion, it is important for other countries to understand that the government of Iran remains committed to countering terrorism, violence and extremism, and to developing its conventional deterrence within certain limitations. Ending international sanctions against buying and selling conventional weapons in the next five years would promote better cooperation in this sector. Based on international regulations, the Islamic Republic of Iran is ready to purchase weapons from all the countries interested in such exchanges and to have a productive presence in the global weapons market.

The Islamic Republic of Iran is also committed to the path of dialogue and diplomacy with its neighbors. By placing a high priority on diplomacy, Tehran seeks to find and implement solutions that will prevent the escalation and spread of crises and tension. Tehran does not accept the termination and cutting off of diplomatic interactions, which can only impede conflict resolution.

Abbas Qaidaari is Director of the Defense and Security Studies Department in the Center for Strategic Studies in the Office of the Iranian President.