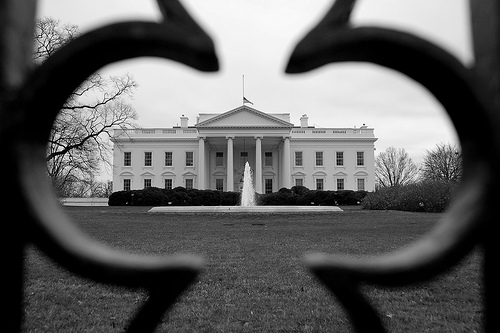 In the torrent of foreign policy advice flowing to Barack Obama from underemployed think-tankers, job auditioners and academics, most is in the form of prescriptions: what to do on Iran, Russia, Darfur, or the Israeli-Palestine issue. But how and when an administration pursues a policy — and deciding what not to do — can be as important as the actual policy.

Many a good policy idea has foundered on the rocks of an unripe situation or a diplomatic initiative for which the ground has not been carefully prepared.  Think, for example, how different the Clinton presidency might have been if it had not waded into the gays in the military thicket right out of the box or if he had done welfare reform before he tried to reform health care.

Sometimes doing nothing may advance a strategic goal. During the “Great Game” in the 19th century, the British, concerned about a challenge to its position vis-à-vis India, let Russia advance militarily in Central Asia to strain their logistical lines and wait until the Russians were more vulnerable. The British called this “masterly inactivity.”

Then there is the harsh reality that, regardless of an administration’s intentions, unforeseen developments — think the terrorist siege of Mumbai or Israel’s war with Gaza — can complicate, derail or postpone a policy initiative. When asked by a journalist what could most steer a government off course, then British Prime Minister Harold Macmillan replied, “Events, dear boy, events.” Regardless of what ideas or ideology an administration comes in with, a substantial portion of its foreign policy is driven by circumstances on the ground largely outside its control.

For the incoming Obama administration, the fresh violence in Gaza is only one of an array of developments that will impact the policies he will choose – and how and when he may want to pursue them. Obviously, the global financial meltdown and restoring American economic dynamism is at the top of the list. But despite the enormous, if not unprecedented, challenge the situation poses, the crisis may also contain the seeds of foreign policy opportunities.

Live by Oil, Die by Oil?

Many of the knottiest problems facing U.S. foreign policy were greatly exacerbated by the price of oil. Petro-powers like Russia, Iran, and Venezuela, flush with the rent from oil over $140 a barrel, seemed to be demonstrating a new assertiveness, pursuing regional influence and challenging American power. But now as a new U.S. administration takes office, the combination of the global financial meltdown and oil price plunge, it faces a very different geopolitical landscape:

Such developments will undoubtedly be factored in to a new administration’s thinking. Does it push forward diplomacy on Iran first, or does Russia’s predicament offer new opportunities for improving US-Russia relations that might lead Moscow to be more cooperative in regard to Iran. Such a scenario might change the diplomatic landscape vis-à-vis Iran.

Does the U.S. rush ahead with a bold Middle East peace process? Whatever the consequences of the absence of a vigorous effort in recent years, it may be the better part of wisdom to let the dust settle from the current Gaza clash, and perhaps focus initially more on support for Israel-Syria diplomatic efforts. Success there could build momentum for a larger regional process. An Israeli breakthrough with Syria might catalyze more normal U.S.-Syrian relations and could set back Iran’s efforts to expand influence in the region by putting some distance between Tehran and Damascus.

Then there are knotty issues like how and when to phase down the U.S. presence in Iraq. Could Iraq and Afghanistan be areas where interests overlap enough generate some cooperation to galvanize a new approach to Iran?

The sort of considerations outlined above too often get overlooked in the flood of policy prescriptions that come across the transom into the in-box of incoming administrations. But when an administration gets down to crafting policies, it is such considerations that often make difference between success and failure.

Robert Manning is a Senior Advisor to the Atlantic Council.  The views expressed here are solely his own, not those of any U.S. government agency.  Photo by Flickr user Scott Ableman under Creative Commons license.