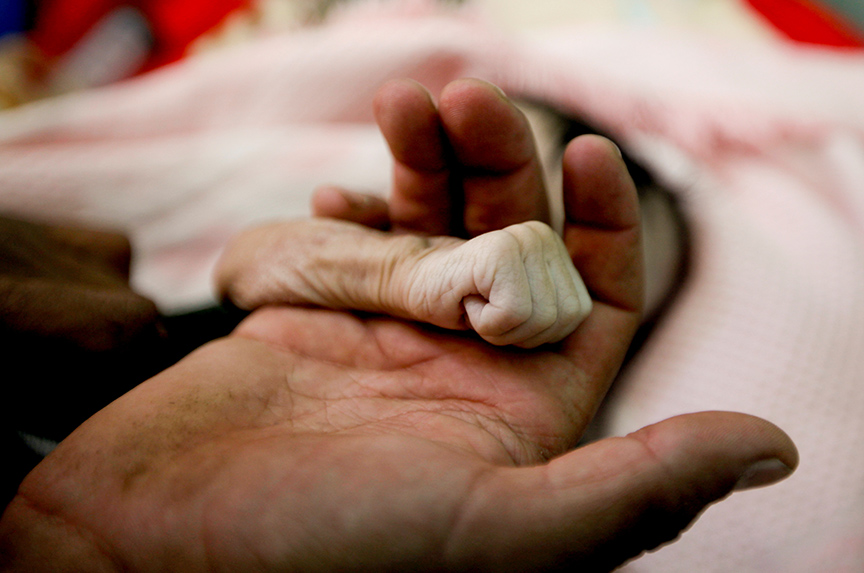 Days after finishing a fresh round of peace talks in Sweden earlier in December, UN Yemen Special Envoy Martin Griffiths remained optimistic, but also expressed caution saying “our collective achievements this week were indeed a significant step forward. But what is in front of us is a daunting task.  As ever the hard work starts now.”

To be sure, there are plenty of daunting issues that need to be addressed in order to achieve a lasting peace in Yemen. These issues were not addressed in the talks in Sweden. While negotiators failed to reach agreement on the economic and political issues fueling the war in Yemen, the talks deliberately prioritized humanitarian issues, starting with the main access point for international aid: the port city of Hodeidah.

The Stockholm Agreement made progress in three areas: a total prisoner exchange deal, opening up Hodeidah to allow the passage of humanitarian assistance, and reaching an understanding on de-escalation of tensions in the southwestern city of Taiz. The most significant achievement though was putting the peace process, which had stagnated over the past two years, back on track, at least partially addressing the shortcomings of previous talks.

This round of talks, initially described as mere consultations so as not to raise expectations, cannot by itself bring peace to Yemen. The talks succeeded in focusing the international community on the need to respond to the worst famine the world has seen in a generation. Mark Lowcock, the United Nations’ humanitarian chief, said in October that 14 million people could be at risk of starvation in Yemen.

In 2015, the Houthis ousted Yemeni President Abd-Rabbu Mansour Hadi and seized control of parts of the country. In March of that same year, Saudi Arabia, at the head of a coalition of Gulf allies, launched a bombing campaign to reinstate Hadi. The United Nations estimates more than 10,000 people have been killed in Yemen since then, most by airstrikes.

The credit for the breakthrough in Sweden goes to representatives of the Yemeni government as well as the Houthi rebels. Ending the nearly four-year war will, of course, require significant political concessions from the main warring parties. Griffiths hopes that relieving the humanitarian crisis by opening up Hodeidah’s port will make much of those concessions easier as a second or even third step in the process.

It is still unclear whether the Stockholm Agreement will be honored. The follow through will test the seriousness of the warring parties to end the conflict. Meanwhile, there are four critical issues to ponder.

First, structural flaws in the peace talks have limited options for negotiations and disincentivized serious discussions on a roadmap for a sustainable and comprehensive peace. Direct talks between the Houthis and Saudi Arabia—the two have previously spoken directly—are crucial as Yemen’s internationally recognized government and Hadi might not have the final decision-making power to engage in talks because that say lies with the Houthis’ leader, Abdul Malik Al Houthi, and Saudi Crown Prince Mohammed bin Salman. Additionally, the war in Yemen has fragmented the state and produced numerous non-state actors whose absence from peace talks stands as an impediment that Griffiths will at some point have to address. During the latest talks in Sweden, representatives from the secessionist Southern Movement showed up and protested their marginalization from the peace process.

Second, the specific factors that paved the way for these talks could change, thereby risking the durability and sustainability of the peace process. The recent international pressure on Saudi Arabia and the push for a reassessment of US-Saudi relations following the murder of Washington Post columnist Jamal Khashoggi and the humanitarian crisis in Yemen pushed Riyadh to the negotiating table in a manner not seen previously. A growing number of countries have also started suspending, or are considering suspending, arms sales to Saudi Arabia—something the US Congress is now pushing, pending the fate of legislation proposed in the Senate and possibly a new initiative in the House of Representatives. Yesterday’s bystanders are today no longer silent.

More importantly, there is substantial international pressure to stop military action in and around Hodeidah because of the vital role the city and port play in staving off famine and death for millions of Yemenis. The international community understands that this port cannot cease functioning if a catastrophe is to be averted. But international interest must be sustained beyond securing this vital point of entry for international humanitarian aid. This is a pivotal moment in the spotlight for Yemen and negotiators should take full advantage of it before it disappears.

Third, the serious deterioration of Yemen’s economy was largely neglected during the talks in Sweden. The economic damage caused by the war has greatly contributed to the humanitarian crisis in the country. For instance, salaries for the country’s more than one million civil servants haven’t been paid for more than two years and the Central Bank of Yemen remains non-functioning.  Yemenis understand that both Yemen’s warring parties reap material benefits from the war and without accountability for the economic exploitation of the war by militia leaders and government ministers alike, the war will continue and the humanitarian crisis will deepen.

Fourth, the United Nations Security Council (UNSC) needs to be more active in the peace process.  The next round of Yemen peace talks—scheduled to be held toward the end of January—are in desperate need for a push from the UNSC. The UNSC’s Resolution 2216 on Yemen must be revised as the situation in the country has significantly changed since that resolution was adopted in 2015. A new resolution supported by the five permanent members of the UNSC—the United States, the United Kingdom, Russia, France, and China—must call for a comprehensive ceasefire and adopt new language that takes into account the changed situation and the desires and goals of the main parties to the conflict.

Achieving a lasting peace in Yemen is an extremely complicated and difficult mission. The desired solution must take into account all the local, regional, and international factors and players. The talks in Sweden provided a good start, but the hard work has only just started.

Afrah Nasser is a nonresident senior fellow with the Atlantic Council’s Rafik Hariri Center for the Middle East. Follow her on Twitter @Afrahnasser.

Image: Saleh Hassan al-Faqeh held the hand of his four-month-old daughter, Hajar, who died at the malnutrition ward of al-Sabeen hospital in Sana‘a, Yemen, on November 15. (Reuters/Mohamed al-Sayaghi)