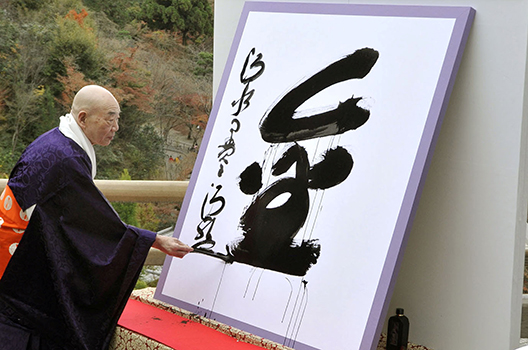 With the G20 summit in the rearview mirror and a key Brexit vote delayed, you may have glossed over the start of December. We have seven questions on the most important international news this week. Were you really paying attention? Take our quiz to find out!

Image: Seihan Mori, chief Buddhist priest at Kiyomizu Temple in Kyoto, writes the Chinese character "kin" meaning gold or money on a paper as the character was selected as the single best kanji symbolizing the national mood for the year, in Kyoto, Japan, in this photo taken by Kyodo December 12, 2016 (Kyodo/via REUTERS)