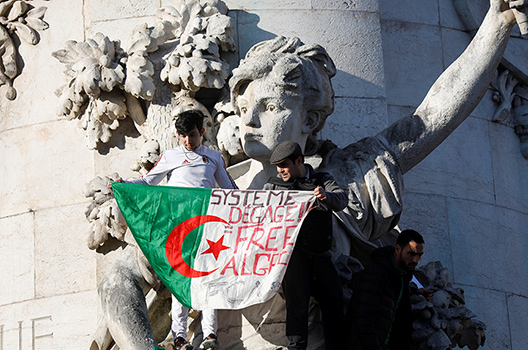 Eyes remained fixed on London and Washington as policy makers rush to finalize deals on Brexit and a new trading relationship between the United States and China. While waiting for the chips to fall, were you paying attention to what else was going on this week? Test yourself with seven questions on the week that was.

Image: Demonstrators wave an Algerian flag at the Monument to the Republic during a protest against President Abdelaziz Bouteflika seeking a fifth term in a presidential election set for April 18, in Paris, France, February 24, 2019. (REUTERS/Charles Platiau)