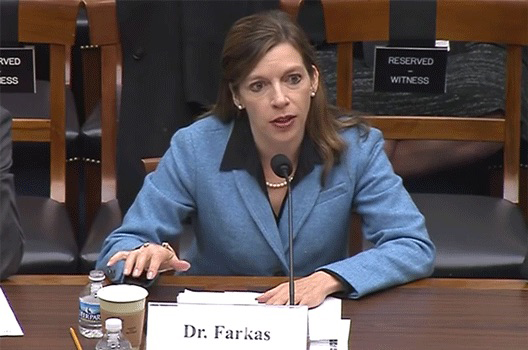 Russia poses a geostrategic threat to the United States and our interests. Indeed, earlier this month Defense Secretary Ash Carter listed it first among the threats faced by our nation.

It is unfortunate that in the twenty-first century Russia and the United States remain opposed to one another on most foreign policy issues. The reality is that the Russian government is pursuing policies that run counter to US national security interests and values.

The Kremlin’s objectives are clear: 1) retain Vladimir Putin’s position as the leader of the Russian Federation, preserving the autocratic political system and mafia-style crony economy that together comprise “Putinism”; 2) restore Russia’s status as a great power; 3) rewrite the international rules and norms to prevent intervention in states to protect citizens; 4) maintain political control of Russia’s geographical periphery; and, if possible, 5) break NATO, the European Union, and transatlantic unity.

We’ve seen what Russia can do even with its unfinished military modernization in advancement of these objectives.  And since we can expect President Putin to be re-elected in 2018 for another six-year term, we can’t wish this problem away. We must use all elements of US national power—diplomatic, economic, informational and military—to pressure Russia to reverse course.

The United States must counter and resist Russia’s actions through a combination of deterrence, strengthening our allies and partners, and communicating the truth about the Kremlin’s actions to the world.

We must deter Russia from further military action. I enthusiastically applaud President Obama and Secretary Carter’s decision to more than quadruple-down on the European Reassurance Initiative (ERI) to establish a true deterrent to Russian military action against NATO. Congress should also urge the Pentagon to provide an aviation brigade to support the armored brigade combat team.

On the non-NATO periphery, Congress should continue to support beefing up security assistance to Ukraine, Georgia, and Moldova. These nations need more training, help with defense transparency and accountability, and we should provide all three with anti-tank weapons so that they can potentially deter the larger, more ready Russian forces.

In Syria, we must get our allies engaged on the battlefield and provide equipment and other support to the Syrian opposition. If we do also succeed in finding economic and other leverage, this could mitigate the need for more fighting, but it is unavoidable now.

The Defense Department should no longer do any business with Russia. This means that no rockets used by the US defense industry should be Russian, and we should establish a new foreign military assistance fund to help allies and partners throughout Europe and Afghanistan transition from Russian to US military equipment.

We must be united with our allies and partners worldwide and resolute towards Russian bad behavior. We need not enter a new Cold War or an across-the-board standoff with Russia. Where the Kremlin is open to cooperation and there are mutual interests, we should work with Moscow. But we should know that Russia will not work with us unless the Kremlin sees it in its national interest, or we have sufficient leverage to force a change in Putin’s approach. We need leverage to succeed in negotiations.

If we take the actions described in my testimony we will raise the price for Putin of achieving his international objectives. Russia will be forced to reconsider its approach. Then, perhaps, the pent-up and misguided human resources of the Russian people can be directed towards a future. And we will have successfully managed what is currently the greatest geostrategic threat to US national security interests.

Evelyn Farkas is a Nonresident Senior Fellow in the Atlantic Council’s Future Europe Initiative. This is an abridged version of testimony she delivered to the House Armed Services Committee at a February 10 hearing on “Understanding and Deterring Russia: US Policies and Strategies.”

Image: “We must be united with our allies and partners worldwide and resolute towards Russian bad behavior,” Evelyn Farkas a Nonresident Senior Fellow in the Atlantic Council’s Future Europe Initiative, testified to the House Armed Services Committee at a February 10 hearing on “Understanding and Deterring Russia: US Policies and Strategies.”