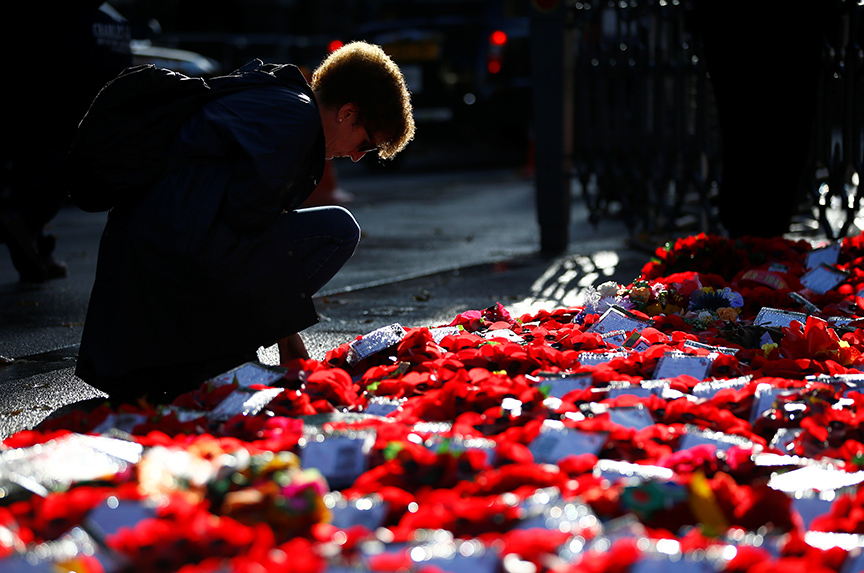 The Great War ended one century ago. Like the Korean and Afghan Wars, it is one of the forgotten wars of American history. Our remembrance of the Great War is colored by its moral ambiguity, by our knowledge that it did not resolve its underlying causes, and by the fact that it ended up causing more problems by how it ended. But the war is enormously influential in American history because it set a template for how Americans forget wars when we forget why they were fought.

History is a selective story we tell for the needs of the present. A story that has no clear-cut good guys is hard to use. The Great War was mostly a war among rival empires for conquest and glory, a war between powers unable to reconcile their fears, interests, and honor. The belligerents’ mutual fears were fueled by decades of competition for overseas colonies, exacerbated by rising nationalism and racism at home, and by mutually incompatible myths of national superiority and the virtue of military struggle. There were no higher ideals to fight for or for later generations to admire.

That is, there were none until the United States entered the war and President Woodrow Wilson tried to invent some. Wilson tried to make the war about two higher ideals: democracy and self-determination. For the Americans, the war would be the “war to end all wars,” the war to “make the world safe for democracy.” Wilson believed (correctly) that democracy was the only reliable foundation for peace because democracies do not fight each other. Thus, for the Great War to be worth fighting it had to be the war to vindicate democracy against its rivals and it had to result in a postwar world founded on liberal aspirations.

The United States and its allies accomplished this goal—after World War II. Wilson’s effort to give the war a moral dimension failed in part because he oversold his ideals and approached politics with a messianic, utopian spirit. That Wilson failed is a large reason why we forget the war: we lost the peace, making the whole war appear pointless.

Because Wilson failed, the war ended not with a just and lasting peace, but with a muddled compromise that was neither strategically sustainable nor morally defensible. Germany was defeated, humiliated, and punished, rather than reintegrated into the political and economic order. Empires collapsed but the new League of Nations mandate system was hardly better. In Russia, the Romanovs fell but the Bolsheviks were worse. How can we celebrate the end of the Great War when the war’s end was little more than a segue from one big problem to a thousand smaller ones?

Wilson’s mistake wasn’t that he had ideals. Having no ideals at all is no solution. Fighting war without a higher purpose only means we fight it with no purpose at all save conquest or glory. We must have ideals if we are to make credible our self-understanding as a “city on a hill” and exemplar of liberty to the world. Wilson’s mistake was that he was arrogant, foolish, racist, condescending, and naïve in how he pursued his ideals. Simply put, he was not a very good diplomat or president, and his incompetence betrayed the sacrifice of hundreds of thousands of American servicemen.

Wilson’s failure should be a sharp reminder to today’s policymakers about the importance of sustaining the moral purpose of the wars we fight, and of working just as hard to win the peace. War is not just an exercise in killing bad people. It is an act of policy undertaken to achieve a specific political end state. But if the peace we achieve betrays the principles for which we fought, we are apt to look back on the war with hindsight as not worth the sacrifice. That is tantamount to a dereliction of presidential duty.

Former US President Barack Obama forget those lessons in his haste to leave Iraq, which contributed to the rise of ISIS and the near-collapse of order in Iraq and Syria. Presidents George W. Bush, Obama, and Donald J. Trump together have come dangerously close to repeating that mistake in Afghanistan, where despite seventeen years of effort the United States has never devoted its full resources to achieving the just purpose for which it originally went to war.

If the Great War teaches us anything, it is that wars must be fought for a morally-defensible purpose—or not fought at all—and that once a war is won, its moral purpose must continue to animate our postwar efforts to build peace. To do anything less is to cheapen and trivialize the lives of those who fight the nation’s wars.

Paul D. Miller is a nonresident senior fellow at the Scowcroft Center for Strategy and Security at the Atlantic Council. He is also a professor of international affairs at Georgetown University and a veteran of the war in Afghanistan. Follow him on Twitter @pauldmiller2.

Image: A woman on November 12 looked at poppy wreaths left around the Cenotaph after remembrance ceremonies a day earlier to mark the centenary of the end of World War I in London. (Reuters/Henry Nicholls)