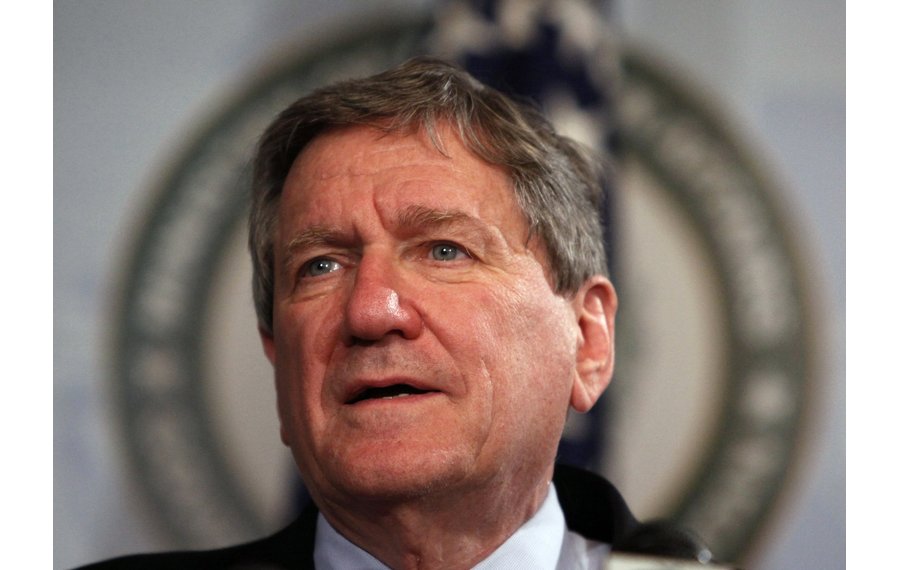 Richard Holbrooke, a distinguished American statesman who served two terms on the Atlantic Council’s Board of Directors in between high government posts, has died. He was 69.

Among those commenting on Holbrooke’s lifetime of service:

Michelle and I are deeply saddened by the passing of Richard Holbrooke, a true giant of American foreign policy who has made America stronger, safer, and more respected. He was a truly unique figure who will be remembered for his tireless diplomacy, love of country, and pursuit of peace.

For nearly 50 years, Richard served the country he loved with honor and distinction.  He worked as a young foreign service officer during the Vietnam War and then supported the Paris peace talks which ended that war.  As a young Assistant Secretary of State for East Asian and Pacific Affairs, he helped normalize relations with China.  As U.S. Ambassador to Germany, he helped Europe emerge from a long Cold War and encouraged NATO to welcome new members.

Today, I lost a great friend and America lost one of its greatest warriors for peace. Richard Holbrooke was a larger than life figure, who through his brilliance, determination and sheer force of will helped bend the curve of history in the direction of progress. He touched so many lives and helped save countless more.  He was a tireless negotiator, a relentless advocate for American interests, and the most talented diplomat we’ve had in a generation.

Tonight America has lost one of its fiercest champions and most dedicated public servants. Richard Holbrooke served the country he loved for nearly half a century, representing the United States in far-flung war-zones and high-level peace talks, always with distinctive brilliance and unmatched determination. He was one of a kind — a true statesman — and that makes his passing all the more painful.

From his early days in Vietnam to his historic role bringing peace to the Balkans to his last mission in Afghanistan and Pakistan, Richard helped shape our history, manage our perilous present, and secure our future. He was the consummate diplomat, able to stare down dictators and stand up for America’s interests and values even under the most difficult circumstances. He served at every level of the Foreign Service and beyond, helping mentor generations of talented officers and future ambassadors. Few people have ever left a larger mark on the State Department or our country. From Southeast Asia to post-Cold War Europe and around the globe, people have a better chance of a peaceful future because of Richard’s lifetime of service.

A brilliant, sometimes abrasive infighter, he used a formidable arsenal of facts, bluffs, whispers, implied threats and, when necessary, pyrotechnic fits of anger to press his positions. Mr. Obama, who praised Mr. Holbrooke on Monday afternoon at the State Department as “simply one of the giants of American foreign policy,” was sometimes driven to distraction by his lectures.

But Mr. Holbrooke dazzled and often intimidated opponents and colleagues around a negotiating table. Some called him a bully, and he looked the part: the big chin thrust out, the broad shoulders, the tight smile that might mean anything. To admirers, however, including generations of State Department protégés and the presidents he served, his peacemaking efforts were extraordinary.

When he named Mr. Holbrooke to represent the United States at the United Nations, President Bill Clinton said, “His remarkable diplomacy in Bosnia helped to stop the bloodshed, and at the talks in Dayton the force of his determination was the key to securing peace, restoring hope and saving lives.” Others said his work in Bosnia deserved the Nobel Peace Prize.

Few diplomats could boast of his career accomplishments.

A foreign policy adviser to four Democratic presidents, Mr. Holbrooke was a towering, one-of-a-kind presence who helped define American national security strategy over 40 years and three wars by connecting Washington politicians with New York elites and influential figures in capitals worldwide. He seemed to live on airplanes and move with equal confidence through Upper East Side cocktail parties, the halls of the White House and the slums of Pakistan.

Richard Charles Albert Holbrooke often seemed to be a throwback — a symbol of a time when the US maintained an unshaken belief in its supremacy, a time when China was still in a deep slumber. The proud members of the US Foreign Service were the tools of a Washington that wanted a say in all parts of the globe. Self-doubt was not a widespread characteristic in US embassies around the world.

Few exemplified this attitude to a greater degree than Richard Holbrooke, who began his diplomatic career in 1962 and soon found himself working on the Vietnam staff for President Lyndon Johnson. Washington is full of aging officials who can recount anecdotes of a young, self-confident Holbrooke in the bars of Saigon — how he lectured a long-serving senator; how he once sent a memo straight to the president in which he argued that the war was going awry; how he collected mentors and letters of recommendation as other diplomats collected visa stamps. Soon he was known by a nickname: "Bulldozer."

He was a hard-nosed negotiator who seemed to achieve results by sheer force of will.

Richard Holbrooke, who died Monday night after undergoing surgery for a ruptured aorta, garnered the nickname "The Bulldozer" for his forceful deal-making. He represented American power from the early days of the Vietnam War and subsequent peace talks, in the 1990s settlement of the Bosnian War and, in recent years, in the remote highlands of Afghanistan.

Mourners often talk about people who were "larger than life," but in the case of American diplomat Richard Holbrooke, that shopworn phrase really did apply. He was too big, too brilliant, too ambitious and, at times, too self-absorbed, to fit neatly into the holes and pegs that are assigned for rising government officials.

I’ve never met an abler diplomat, or a smarter one, than Richard Holbrooke. He was inevitably the brightest guy in the room, and usually the most pragmatic and hardest-working – and he was also a friend whom I admired hugely. His death today is a tremendous loss for all of us who knew him, and for the country as well. Richard never achieved his dream of becoming secretary of state, but he leaves a legacy around the world – from Bosnia to East Timor, from AIDS clinics in South Africa to his legions of followers in the United States – that exceeds that of many Secretaries of State. He was simply a legendary public servant, and an inspiration.

Some, no doubt, will remember him as the greatest American foreign policy practitioner of his generation. Some may not. But those who do not will be wrong.

He was among the very brightest lights of a generation that was drawn to service by the call of John F. Kennedy and among the small elite group who learned their craft as aides to Henry Kissinger. Think whatever you will of Kissinger, his greatest contribution was almost certainly the generation he trained or elevated to the forefront of the U.S. foreign policy community. They led that community for four decades and of them all, Richard Holbrooke was among both the most gifted and the most accomplished.

To say that it is too soon is a terrible and useless and empty cliché. For the family he loved so dearly, he is irreplaceable. But you know, we really could have used having him around a little longer. And by we, I mean, us, America. He was a grown up and a wise man working in an area of U.S. foreign policy where both distinctions put him in the minority.

In fact, perhaps that term "wise man" is one that we should not pass over too quickly. Holbrooke was a direct descendent of that line of U.S. foreign policy thinkers who earned that title, one made famous by Walter Issacson and Evan Thomas in their great book on the seminal foreign policy thinkers of the post World War II era. In fact, he was a scholar of that era, having co-written with Clark Clifford his memoir of that era, Counsel to the President. But more than that, he was a lifelong student of foreign policy, writing several terrific books, dozens of incisive articles and columns and, of course, having served for five years as editor of Foreign Policy a fact that was commemorated at FP’s recent 40th anniversary celebration with, as it turns out, inadequate appreciation given how soon he would be gone.

We at the Atlantic Council wish to express our sincere appreciation for his lifetime of distinguished service and our heartfelt condolences to his family for their loss.