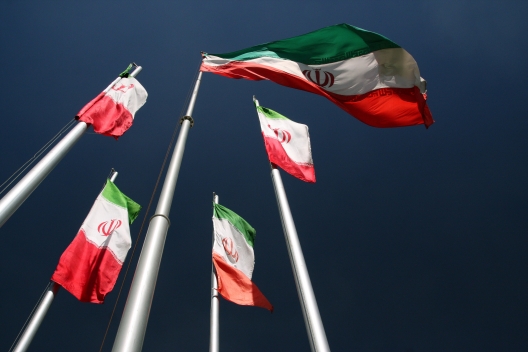 Midway through Hassan Rouhani’s debut on the international stage, his American reviews are mixed.

The Iranian president bypassed a chance to shake hands and chat with President Barack Obama on the sidelines of the UN General Assembly despite anticipation in both Iran and the United States that such an encounter would happen. “Too complicated” for the Iranian leader to make their schedules mesh even for five minutes, according to a senior White House official who briefed reporters late Tuesday. Not “sufficient time to really coordinate the meeting,” was how Rouhani put it to CNN.

Rouhani’s much-anticipated speech to the General Assembly sounded like it had been written by a committee – with a turgid beginning that criticized the United States – without naming it – for relying on “archaic ways of preserving domination” and dividing the world into a “superior us and inferior others.”

But just when it seemed as though he was channeling his obstreperous predecessor, Mahmoud Ahmadinejad, Rouhani pivoted to declarations of Iranian good will and cooperation.

“Iran is no threat to the world or the region,” he declared. The Islamic Republic “will act responsibly” and “seeks to resolve problems not create them.”

Rouhani said he had “listened carefully” to Obama’s remarks hours earlier. If US officials “refrain from following the short-sighted interests of war mongers and pressure groups, we can arrive at a framework to manage our differences,” Rouhani said, without identifying the “war mongers or pressure groups.” He added that Iran has no desire to increase tensions with the United States and is seeking a resolution to the nuclear dispute that removes “all reasonable concerns” about the nature of the program while accepting Iran’s “right” to domestic enrichment of uranium.

The United States, of course, has not accepted Iran’s “right” to the full nuclear fuel cycle and Tehran is under six UN Security Council resolutions for failing to suspend uranium enrichment and for not answering questions about possible military dimensions of the program.

Obama, for his part, listed resolving the Iran nuclear issue as his top foreign policy priority for the remainder of his second term – a reflection of the significance of the issue in terms of the region as a whole as well as US optimism that Iran is finally at the point where it will seriously negotiate the nuclear issue because of the impact of US-led sanctions.

“We should be able to achieve a resolution that respects the rights of the Iranian people, while giving the world confidence that the Iranian program is peaceful,” the US president said, though adding that “to succeed, conciliatory words will have to be matched by actions that are transparent and verifiable.”

Reaction to the dueling speeches was fairly predictable, with many in the US Congress voicing skepticism about Iran’s willingness to compromise and Obama’s determination, as he repeated on Tuesday, to prevent Iran from developing nuclear weapons by military means if necessary.

The real test of whether an agreement is possible will come in negotiations, which are to be led on both sides by the country’s most senior diplomats – Secretary of State John Kerry and Iranian Foreign Minister Mohammad Javad Zarif. These two will meet for the first time on Thursday – the highest level US-Iran encounter since Colin Powell briefly chatted with his Iranian counterpart, Kamal Kharazzi in 2001 — along with the foreign ministers of France, Britain, Russia, China and Germany to probe for ways of ending a prolonged stalemate in negotiations. At the same time, Rouhani will continue his “charm offensive” by meeting with representatives of US think tanks Thursday evening and delivering speeches to a disarmament summit and a meeting of non-aligned nations.

Beyond the soothing rhetoric and the careful choreography, there does appear to be a new receptivity to agreement in both the US and Iranian administrations. US officials believe that Rouhani has a real mandate to reach an accord in part because US-led sanctions have had such a draconian effect on the Iranian economy. And Obama is in need of a second term foreign policy legacy.

In his U.N. speech, Rouhani blasted sanctions as “inhumane and against peace” and asserted that “It is not the state and political elite but the common people who are victimized by sanctions.” Rouhani did not mention why those sanctions had been imposed, but he clearly understands that the only way to get them removed is by reaching a nuclear accord.

Rouhani also finessed the Israel conundrum by criticizing the country, without naming it, for oppressing the Palestinians. He did not use the term “Zionist entity” favored by the regime since the 1979 revolution and he didn’t mention the Holocaust, which Ahmadinejad routinely denied. Later on CNN, Rouhani — who punted a question on the issue last week by NBC — said the Nazi murder of six million Jews was a “crime in history” that was “reprehensible and condemnable.”

The cleric, who studied and got a doctorate in Scotland, also offered a few words in English with a strong Persian accent: “I bring peace and friendship from Iranians to Americans,” he told Christiane Amanpour.

US officials remain optimistic despite the fact that presidents of the United States and Iran have often passed each other like ships in the night – something that also happened in 2000 when reformist Mohammad Khatami was US president and Bill Clinton was the American president with the outstretched empty palm.

“We believe that the new Iranian government under President Rouhani does present an opportunity to make progress on a diplomatic negotiation; that they’ve indicated a seriousness that we had not seen under the previous government,” the senior White House official said. “The fact of the matter is we’re going to continue to test this, because the achievement of an agreement on Iran’s nuclear program, as the President said today, would address a significant national security concern in the United States and the world, and also potentially reduce tensions more broadly in the region.”