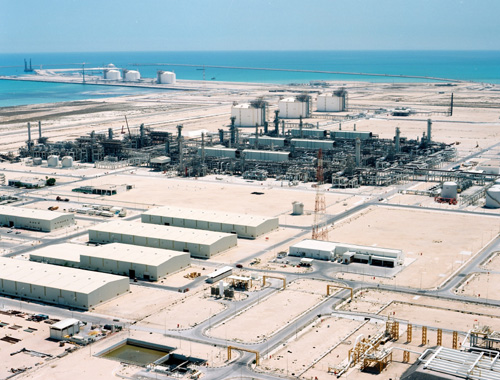 Russia’s Gazprom recently announced plans for the formation of a ‘gas troika’ along with Iran and Qatar. Initially proposed by Iran’s Supreme Leader Ayatollah Ali Khamenei in 2007, the development has raised fears in the West that a gas cartel will destabilize energy supplies and pose a security threat to Europe.

The Iranian Oil Minister, Gholamhossein Nozari, compared the proposed troika to an OPEC-style body that would hold regular meetings, but Gazprom CEO, Aleksei Miller, was careful not to reference the Vienna-based oil cartel. Analysts believe the troika would share insights on upstream contract terms with investors, rather than act on restricting gas supply as OPEC does. However, parallels between the two bodies are evident.

Collectively, the three troika countries account for some 60 percent of world gas reserves, and nearly a third of global gas exports – similar proportions of control to OPEC, whose thirteen members hold two-thirds of the world’s oil reserves and account for over a third of production.

Gazprom, majority-owned by the Russian government, produces almost all Russia’s natural gas. In boom times this monopoly serves the conglomerate well, but in the current economic climate Gazprom’s fortunes have been pegged to the plunging Russian economy. Indeed shares in Gazrpom have fallen 60 percent in the past year, almost exactly mirroring the Russian stock market. Gas prices follow the cost of oil with a six- to nine-month lag. Hence gas prices are expected to drop by the start of next year, following this fall’s drop in the price of oil. At a time when massive investment is needed to develop new fields and pipelines, it is understandable that Gazprom should want to maximize revenue through price manipulation in preparation for the lean months ahead.

However, the U.S. and the European Union see these closer strategic ties between Russia and Iran as a threat to their interests. The Europeans, who import nearly half of their natural gas from Russia, worry that greater market manipulation will lead to price hikes and the destabilization of supplies. If domestic demand in Russia surges, then commitments to foreign customers might wane. Energy security will be further undermined especially in Eastern Bloc countries, where the Kremlin has already flexed Russia’s economic muscle by cutting gas supplies to the Ukraine in 2006. And with the planned Nord Stream – a pipeline that provides Russian gas a direct link to Western markets – expected to come online in 2011, the security concern is likely to be exacerbated further. It will mean Russia can threaten supplies to Eastern Bloc countries that fall foul of the Kremlin, without disrupting flows to vital Western markets. Even during the Cold War, the USSR was a stable supplier of energy to Europe. The troika will not impact the security of Western Europe, but it will make it easier for the Kremlin to threaten its closest neighbors with price hikes and complete cut-off from supplies.

The U.S. on the other hand, devoid of a reliance on Russo-Iranian gas, nevertheless worries that closer ties between Moscow and Tehran could undermine Western attempts at isolating Iran over its nuclear program given Russia’s current proclivity to oppose UN sanctions against the Islamic Republic. Additionally, Iran’s president Mahmoud Ahmadinejad, has one eye on elections next year, where his handling of the economy and failure to deliver during the recent oil boom may prove to be his “Achilles’ heel,” according to Iranian specialist Ali Ansari. The proposed troika gives Ahmadinejad a propaganda opportunity. Manipulating gas prices at the expense of the Americans and Europeans, whilst edging closer to Russia, is typical of Ahdmadinejdad’s strategy to win over the Iranian electorate.

What the proposed troika amounts to is not a threat to Western European countries, or the U.S. It will not result in 1970-style oil crises. By empowering the Russian energy sector, however, it will increase the Kremlin’s likelihood of using energy threats against CIS members such as Ukraine and the Baltic States for political gain.

And because Iran has faced resistance in developing its domestic nuclear program, it is only natural that the Tehran regime is looking to pursue other avenues of energy development – gas being one of the most obvious given their vast reserves. It is one of the ironies that Western nations, in order to curb OPEC’s excessive influence over the price of oil, sought to develop greater ties with the Soviet Union during the 1970s. Now, in order to curb Russia’s influence over gas supplies they may have to engage another so-called ‘evil empire’ and talk directly with the regime in Tehran.