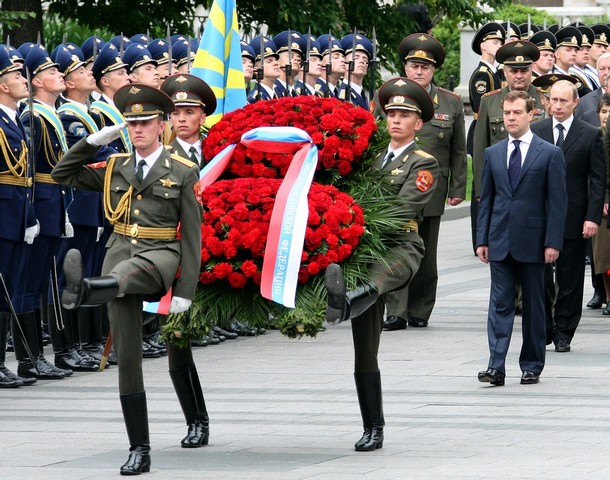 With its invasion of Georgia, Russia demonstrated the determination to “come back into the game” in style. Regenerated through the surge of energy prices, Russia’s leaders want to make up their losses from the 1990s and get payback for the accompanying humiliation. Her aggressive policies, heralded by the political use of the energy weapon starting in 2006, have been beefed up now with a willingness to openly employ military might.

Unfortunately for them, this demonstrated the short-sightedness of the current Russian leadership – second tier leaders from Soviet times who probably accused the first tier (Yeltsin and company) of accepting the demise of the once powerful Soviet state. This is sad, because Russia has apparently chosen to try to use her newly acquired energies in a vain attempt to re-create the past – equal status with the U.S. – rather than cooperate in building the future.

Irrespective of the lack of vision of the current Russian leaders, their actions impact the European security environment. Practically, the bubble of unprecedented security and prosperity, of which the current European Security Strategy is so loudly boasting, has just been pierced.

The wake-up call to the grim reality that Russia is back has been interpreted differently in the two halves of the continent. The east, much more sensitive to such moves given 300 hundred years’ experience of direct contact, was more vocal in condemning the aggression and asking for action on the part of the EU and NATO. The west, by contrast more cautious, put its large economic interests with Russia first, and tried to calm down the criticism of Moscow.

Moreover, most Western European criticism was directed against the Georgian President, who had forced them to speak negatively of Russia when they preferred not to.  Indeed, that the EU moved as quickly as it did in this crisis was due to the rotation of the EU presidency to France, the only major European power not so dependent on Russian oil and gas, and especially Nicolas Sarkozy, who has not missed the opportunity to raise up to the challenge.

As for Russia, it is evident that she is encouraging the divide within the Western world, encouraging western Europeans to stick to their moderate line.  This is  why she so readily accepted the cease-fire proposal put forward by France in the name of the EU in hopes of countering the trend towards more integration within NATO and between NATO and the EU.

In that respect, there is now a good opportunity to strengthen transatlantic relations, both within NATO and between the EU and the Alliance. The fact that both organizations are now facing the review of the Security Strategy and of the Strategic Concept offers a very good opportunity to find common ground conceptually, as the basis for their future cooperation.

Even if Moscow has achieved more with its “energy weapons” than the former USSR did with her nuclear arsenal, let us not forget that Russia is much more integrated into the international system than the former Soviet Union. The reaction of the Moscow Stock Exchange following the war on Georgia has just demonstrated this.  Therefore, a more complex approach with Russia relations – coupling engagement with firmness – is both desirable and feasible.

As for the future enlargement of NATO, although more than necessary for the stability of the eastern part of the continent, any move is bound to be difficult because it involves crossing the border of the former Soviet Union.  It will require not only facing down Russia’s outright opposition but also potentially strong resistance on the part of western European allies who are too dependent on Russian oil and gas.

With regard of NATO itself, leaving aside the crucial question of political will, I wonder if it is ready – in a technical sense – to militarily defend a threatened member. In that regard, we must quickly and thoroughly review all our contingency plans.  It would be a terrible loss if NATO, the most successful alliance in history, failed in honoring its obligations to come to the rescue of one – or more – of its members in case of need.

Ioan Mircea Pascu, formerly Romania’s Minister of Defense, is a member of the European Parliament and sits on the Atlantic Council’s Strategic Advisors Group.