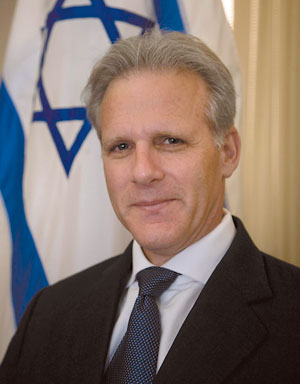 A regular contributor to CNN.com, Ambassador-in-Residence Michael Oren writes that in both Syria and Iran, Russia has played its relatively weak strategic hand exceedingly well and is threatening to outmaneuver the United States in the Middle East. Meanwhile, the United States has paused its effots to forge an Israeli-Palestinian peace in order to generate pressure on the Kremlin for its actions in Ukraine.

Oren argues that Russian expansionism can only be checked by the “reassertion of American preeminence.”

Condoleezza Rice, secretary of state under President George W. Bush, traveled 23 times to the Middle East in an ultimately unsuccessful attempt to mediate an Israeli-Palestinian accord.

President Barack Obama’s secretary of state, John Kerry, has shuttled 11 times to the region in search of the same elusive goal. And while American diplomacy was once again focused elsewhere, the Russians invaded Ukraine.

Now, in an effort to curb Russia, the United States is pausing from its efforts to forge an Israeli-Palestinian peace to generate international pressure on the Kremlin. But the pivot may prove impossible, as the issues of Russian expansionism and the stability of the Middle East remain dangerously intertwined.