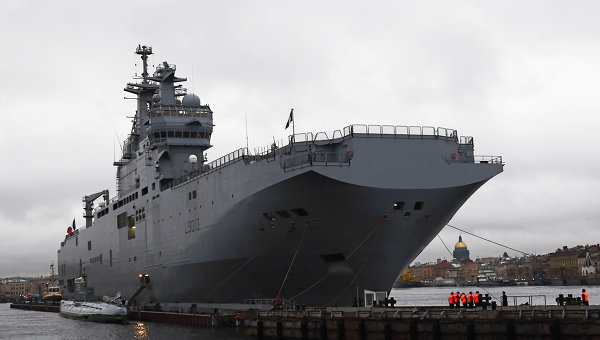 As NATO Ministers of Defense convene in Brussels on June 8 and 9th, they face a full plate. They will review the operations in Afghanistan and Libya. They will give thanks to Secretary of Defense Robert Gates for his leadership, and they will address how the Alliance will sustain and exercise its capabilities in a time of declining defense budgets. As part of this last agenda item, NATO’s leadership should take stock of how their national defense industries and governments are responding to these market constrictions by seeking new clients for their armaments.

International sales are a natural and valid way for Allies to sustain their defense industries, but that should not mean that all available markets are allowable. In the past several months, Jamestown Foundation’s Vladimir Socor has documented how a number of Allies, some more quietly than others, have approved military equipment sales to Russia. These include the following:

In 2009, Central European allies were left unnerved after Russia conducted its large-scale Zapad military exercise along their frontiers. It featured amphibious landings and culminated in a simulated nuclear attack against a country with a geography akin to that of Poland. It would be ironic if Russia’s next Zapad featured preparatory exercises at a German-built training facility, heavy weapons upgraded with Germany technology, Italian military jeeps, military aircraft with French avionics, and amphibious assaults launched from brand new Mistral-class assault ships.

The House Armed Services Committee warned recently that arms sales to Russia “could adversely affect the deterrence and defense capabilities and the cohesion of the NATO alliance, as well as other security commitments by the United States.” If Russia, with its tragic human rights record, its assertion of a sphere of influence over its neighbors, and its forces still occupying portions of Georgia, is able to purchase Allied military equipment, then what other markets will be available to European defense industry? Is China next? EU foreign Policy Czar, Lady Ashdown has already described the EU arms embargo on China as an impediment to better relations. A decision to lift that embargo would certainly spark an equal, if not greater, reaction on Capital Hill, if not from the Obama Administration.

The Alliance, in cooperation with European Union, needs to develop mechanisms that will better regulate such sales. The aforementioned sales to Russia have been too readily overlooked, if not encouraged, in the age of Reset. Left unchecked these sales portend serious political, if not operational consequences, for the Alliance.

Ian Brzezinski, a former U.S. Deputy Assistant Secretary of Defense for Europe and NATO Policy, is a Resident Senior Fellow at the Atlantic Council and leads the Brzezinski Group, a consulting firm.