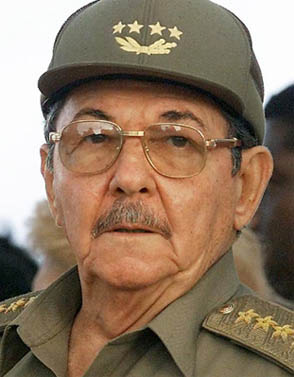 Russia and Cuba are getting cozy again.  After almost two decades of estrangement, the odd couple is back, and this time it’s an open relationship.  They are both looking to involve other partners, namely Venezuela and Nicaragua, and Russia has made clear there are no more lavish gifts like the old Soviet subsidized oil price.  But once again, it is a marriage of convenience, not a union of soulmates.

It seems Igor Sechin’s taste for Latin American jaunts is what lures Russia back to our side of the Atlantic.

Sechin, Russia’s Deputy Prime Minister, is a worldly silovik. Freshly minted as a linguist in Portuguese and French, Sechin launched a diplomatic career on the front lines of the Cold War in the 1980s as an interpreter for Soviet diplomats in Angola (where Cuba also joined the fight) and Mozambique.  Some sources decry his role during that time as “the USSR’s point man for weapons smuggling to Latin America and Africa.”

Today, Sechin uses his influence as part of Putin’s inner circle to promote his agenda of expanding Russia’s global role, particularly in Latin America.  In September, Sechin led a delegation of Russian officials on a visit to Cuba, Venezuela, and Nicaragua (the only country to recognize the independence of Abkhazia and South Ossetia).  As the Russian navy held joint exercises with Venezuela, Sechin warned the U.S. that “it would be wrong to talk about one nation having exclusive rights to this zone.”  Sechin is arguing for a tit-for-tat strategy in Russia’s engagement with Latin America. If the U.S. continues to meddle in Russia’s “near abroad,” then Moscow will “show us they can play in our sandbox as well.”

One of Sechin’s vehicles for implementing this policy may be his company, Inter RAO UES, Russia’s largest electricity export-import operator.  In December, Inter RAO UES elected Sechin as its chairman, a move seen by analysts as an effort to turn the company “into a tool of influence rather than a commercial enterprise.”  The company is already a powerful player in the “near abroad,” powering Tbilisi and most of Georgia, among others.  Though Saakashvili has assured the Georgian people that the company is not a threat, in December Inter RAO UES took over joint management with the Georgians of the Inguri Hydropower Plant, located on the Georgian-Abkhaz boundary.  Previously managed by the Georgians and Abkhaz, Abkhaz authorities are now “bewildered” by the decision.  Now it seems Sechin has set his sights further afield.

Negotiations with both Cuba and Nicaragua have established a presence in these countries for Inter RAO UES.  This month Raul Castro returned to Moscow after 24 years, securing a “landmark deal” that includes agricultural aid and a $20 million loan to help Cuba weather the aftermath of the latest hurricanes.  But the deal also includes a new joint venture between Inter RAO UES and Cuba’s state-run company, Unión Electrica, to upgrade the island’s power plants and bolster its aging power infrastructure, a key source of popular discontent that Fidel Castro has never delivered on.  Inter RAO UES is not the first foreign company to try to accomplish this task — in the 1990s, a Canadian company lost $9 million trying to upgrade the island’s power grid.  Although it is unclear if the projects in Cuba will actually be profitable, the political message of Russia’s intentions to become involved in Latin America is apparent.  Meanwhile in Nicaragua, Inter RAO UES may get involved in the design and construction of small and middle hydroelectric power plants and geothermal power plants in Managua.

Cuba, Venezuela, and Nicaragua are also looking to expand cooperation with Russia on oil exploration and military procurement (another of Sechin’s specialties).  Whether this continues as a fight for soft-power influence or turns into a real security threat to the U.S. remains to be seen. However, one thing is clear — Sechin’s trips to Latin America are not over.

Cindy Romero is assistant director of the Transatlantic Relations program at the Atlantic Council.