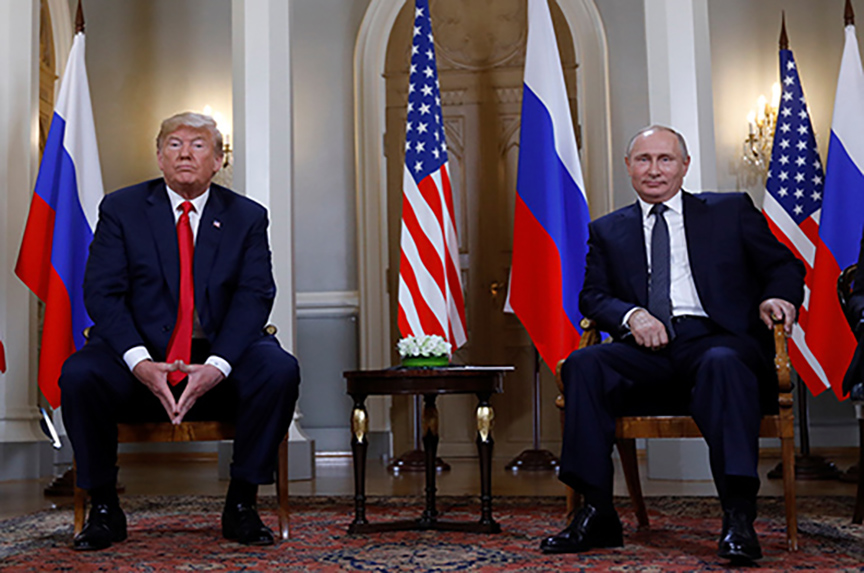 The US State Department made an important, if expected, announcement to Congress on November 6 that it was unable to certify that Russia had met the conditions in the Chemical and Biological Weapons Control and Warfare Elimination Act of 1991 (CBW Act) necessary to stave off a second round of sanctions. The notification drew relatively little domestic coverage—coming, as it did, during the fever pitch of the US midterm elections—but it did garner an angry statement from the Republican chair of the House Foreign Affairs Committee, Ed Royce, denouncing the department’s apparent lack of a timetable for imposing the next round of sanctions.

Add Royce’s reaction to the draft bills that were simmering before the midterms recess, unease over the potential for another meeting between US President Donald J. Trump and Russian President Vladimir Putin, and what is sure to be a swift reaction to Attorney General Jeff Sessions’ resignation on November 7, and the Trump administration did not get even twenty-four hours from the close of the midterm polls before letting Russia jump right back into the national conscience as a hot-button issue.

The proponents of the two bills (Defending American Security from Kremlin Aggression Act of 2018 or DASKAA and Defending Elections from Threats by Establishing Redlines Act of 2018 or DETER), who now have a much more receptive Democrat-controlled House to look forward to in 2019, will be watching the administration’s next moves on Russia carefully as they discuss the final scope of new Russia sanctions legislation that many expect will be passed in the new Congress.

Taking the first round of the CBW Act sanctions as a guide, we may be waiting a few weeks before we learn what measures the State Department intends to take. The department has a menu of six broad actions in the CBW Act that it can pick from; it is required to choose three from that menu. Managing the impact of any these very broad measures to avoid negative spillover effects on US and global markets will likely require the use of some waivers, pushing implementation day out a few weeks.

The State Department must give Congress fifteen-days’ notice before any waivers take effect (note: a waiver is not required to downgrade diplomatic relations). There were full or partial waivers for three of the four sanctions selected in the first round in August that muted the impact of the sanctions and resulted in no new restrictions, as a practical matter. The date the sanctions became effective was roughly three weeks after the State Department’s determination under the CBW Act that Russia used chemical or biological weapons to attempt to assassinate former Russian spy Sergei Skripal and his daughter, Yulia, in the United Kingdom on March 4.

Moreover, the six available measures in the mandatory second round of the CBW Act are substantially more penal. If I were to guess, I would expect the department to select downgrading diplomatic relations and opposition to any multilateral development bank assistance as its first two sanctions under this second round. These measures would be relatively limited in impact.

What’s left would then be a selection of one from among a termination of bank loans, broad export restrictions, targeted import restrictions, or revocation of landing rights for state-owned carriers. These sanctions are the ones that carry the risk of significant spillover to US markets, and are likely the ones for which waivers will be used.

Royce’s displeased reaction to the congressional notification suggests that members of Congress will be watching the administration’s moves on the CBW Act carefully as Congress scopes its next round of Russia sanctions. After failing to pass Russia sanctions legislation over the summer, it seems probable that the Senate authors of DASKAA and DETER will convene in the new Congress to pass a unified bill as they will enjoy a better legislative environment.

Regardless of the CBW Act outcomes, the new Democrat House leadership probably will push for a firmer bill than the outgoing Republican leadership, which appeared more timid on Russia sanctions over the summer as discussions surrounding DASKAA and DETER picked up. Worries over an overeager Democrat-led House may even prompt Senate leaders on Russia sanctions to develop a unified bill to head off what may come out of the House.

Then, of course, there are the wild cards.

The resignation of Sessions the day after the midterm elections raises the specter of a Trump-appointed replacement interfering in or halting the special counsel investigation of Russia’s effort to influence the 2016 presidential election and whether the Russian government coordinated with Trump associates. Any move to threaten that investigation would almost certainly accelerate Russia sanctions legislation coming from the Congress (to say nothing of other actions).

Lastly, the prospect of another Trump-Putin summit looms large. Much of the momentum around DASKAA and DETER over the summer owed to mortified reaction, including of congressional leaders, to the Helsinki summit between the two leaders. The White House and Kremlin have both been coy about a date for a second summit following Trump’s invitation to Putin to meet in Washington. The details of any such follow-on to Helsinki may soon emerge, as both presidents are scheduled to be in Paris and Buenos Aires over the next several weeks.

The focus on Russia waned during election season as Republicans generally avoided the topic and Democrats chose to focus more on kitchen-table issues in their election messaging. Events, however, have conspired to thrust Russia back into the fore, and it is likely to revert to being a major thorn in the side of the Trump administration.